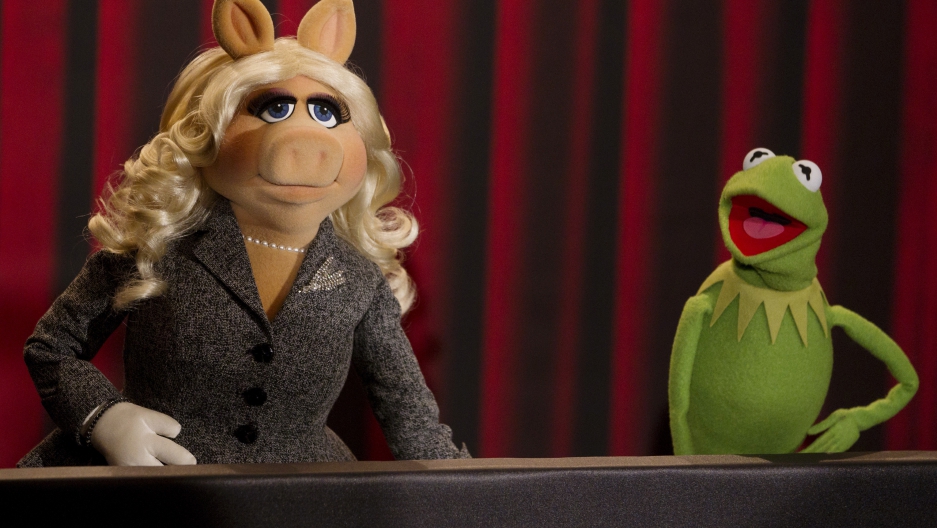 Long-time couple Miss Piggy and Kermit announced a split ahead of ABC's revival of "The Muppets," coming this September.

Is the world still turning? Is the sky still blue? For those of shaken by the breakup of Kermit and Miss Piggy after nearly 40 years, the Muppets have a message for you: Don't sweat it.

Here is the official statement on @KermitTheFrog and moi's relationship termination: pic.twitter.com/0OAdorFV6S

Miss Piggy blamed "considerable squabbling" in a statement, but assured that the two would continue to work together, especially for the upcoming Muppet show airing this September.

"I think Miss Piggy gets more out of the relationship than Kermit does," said Brian Jones, the author of "Jim Henson: The Biography", "So when I read her statement I thought, 'I'm not even really sure if Kermit knows they've been dating or involved as long as she thinks they have, and this is something she would just typically do.' Whether she's trying to work her will with Kermit or get publicity it's definitely very much in her character."

The Muppets franchise was started by Jim Henson in 1954 when he created a puppet of his mother's old coat and named it Kermit. Henson created Sesame Street in 1969, and in 1976 "The Muppet Show" aired in the US. Miss Piggy was created some 20 years after Kermit, as a background character for "The Muppet Show".

Jones explains Miss Piggy was never originally intended as a love interest for Kermit: "They had put her in Frank Oz's hands, and he was working with her one day and he had a script that said Miss Piggy was supposed to slap Kermit. And Frank decided he was going to turn that into a karate-chop instead. So as soon as he did that and did this big 'hiii-yah' karate chop the head writer Jerry Juhl said the whole place just went nuts. And that they knew they had to see it again, they knew they had something."

Miss Piggy catapulted to being the biggest character on "The Muppet Show", maybe even more popular than Kermit at the hieght of her power.

The tension of the one-sided relationship between Miss Piggy and Kermit was something that Henson always got a kick out of. The pair even got married on screen in the 1984 "The Muppets Take Manhattan".

The tension of the Miss Piggy and Kermit romance has been enjoyed by fans all over the world. Dubbed versions of the original 70s show was dubbed and broadcast in 15 countries including France, Germany, Brazil, Mexico and Italy. It ran in 106 countries in total. At the time the viewership was estimated at 235 million. "They used to sort of laugh inside the organization that eventually they were going to be claiming more viewers than lived on the planet," said Jones.

With the new show on the horizon, the Muppets have been on a bit of a media tour. In addition to the breakup there's been a series of promo videos, interviews, and performances.

The break-up is not the only change for the Muppets — this new show will air at 8 p.m. in the US and aim for a more adult audience. It will feature Miss Piggy as a late-night host, and use a mockumentary style.

But Jones says Kermit, Miss Piggy and the rest of the crew are just up to their usual antics: "If you look at 'The Muppet Show' it works on so many different levels. It's a kid show that adults love tand an adult show that kids love. Jim always managed to find that sweet spot. Even when he was doing something on 'Sesame Street' he always knew how to split the scene between what kids enjoyed and what grown-ups enjoyed. And that was one of the things that really made his work special. And I think they're doing that in the same vein."

UPDATE: A previous version of this story misspelled the name of The Muppet Show's head writer Jerry Juhl. We regret the error.