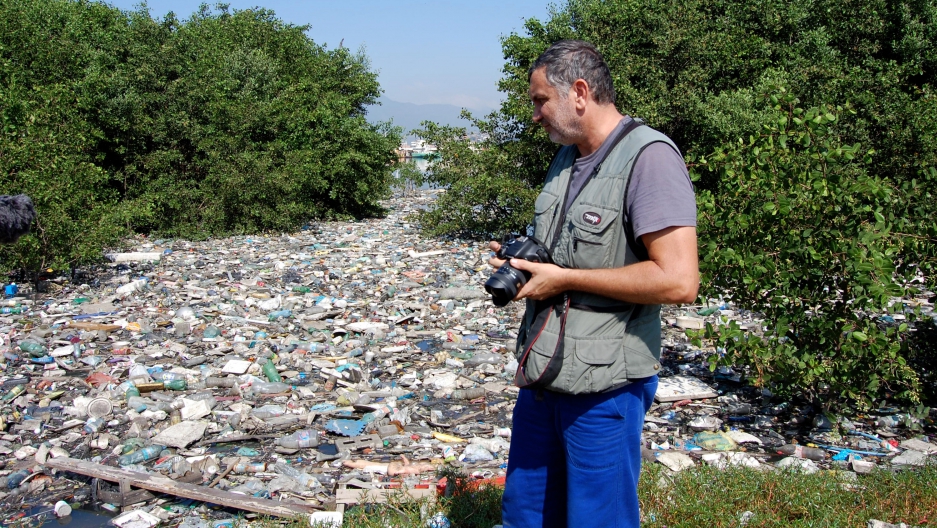 The city of Boston said “no” to hosting the Olympics because it didn’t want to be left with cost overruns and unkept promises. In Rio de Janeiro, the Summer Games are one year away, and residents there already know that one of the biggest promises — a cleaner Guanabara Bay — won’t be kept.

Breezy mangroves line the bay and greet visitors on the way in from the international airport. But for miles, where their roots hit the water, they are clogged with stinking trash.

Biologist Mario Moscatelli does regular trash inspections on shorelines such as Fundão Island that have been cleaned in the past with huge effort, only to fill up with garbage again. He goes to the water’s edge and starts listing what he sees there: "Motorcycle helmet, hospital waste — a syringe with a needle — plastic cups. If these things aren’t removed, they will take hundreds of years to decompose." 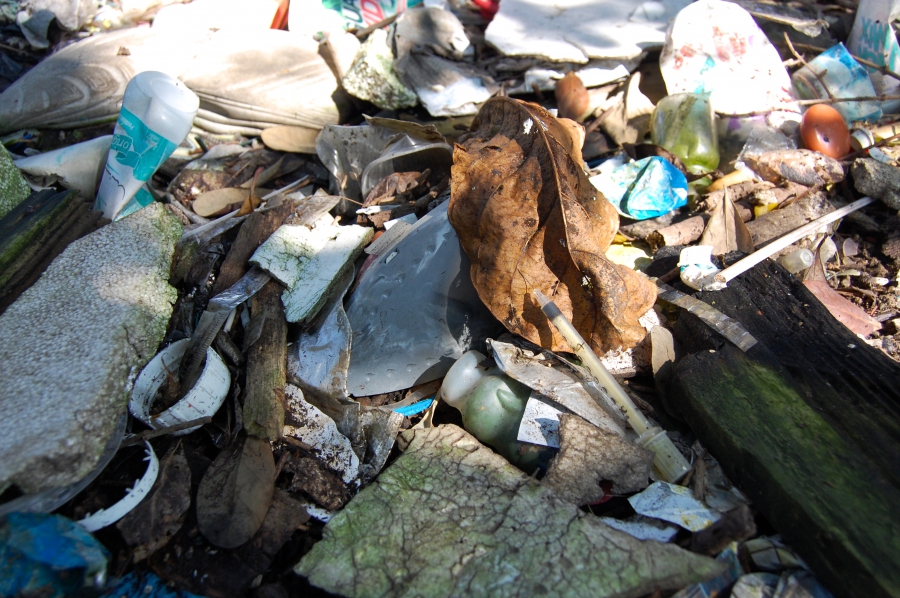 Brazilian geographer Elmo Amador once described Rio’s bay as “a lost Eden.” The waters here were home to so many dolphins that two of them still grace Rio’s official city emblem. But after decades of accumulating pollution, including sewage and industrial waste, the bay’s dolphin population has shrunk by 90 percent in 30 years.

For the Olympics, Moscatelli helped the state of Rio put together a plan to clean the bay and treat 80 percent of the sewage that reaches its waters. And he thought it might actually work.

“I believed that the Brazilian authorities would follow through on promises that they made in front of the whole world, not just to Brazil,” says Moscatelli. “I never imagined they would expose themselves to a situation like the one we’re seeing here.”

In January, Rio’s state environment secretary admitted the cleanup goals will not be met, after maintaining for six years that everything was on track. Currently 30 percent of Rio’s sewage runs untreated into the bay and ocean, while over $1.17 billion have been spent on sewage treatment plants running at partial or zero capacity.

Last week, an investigation by the Associated Press revealed that the water in the bay presents a serious health risk for Olympic athletes who are due to compete there. And as for the floating trash, Moscatelli says whether Olympic sailors get caught in it depends on the weather the day of their event.

Trash nets and trash boats have recently been deployed in Rio’s waterways, but Moscatelli doesn’t think that will be enough to significantly improve water quality in time for the Games.

The main thing that has prevented life in the bay from dying off, says Moscatelli, are the few mangrove areas that are still clean. He says a healthy mangrove is like the bay’s maternity ward, supermarket, and filter all rolled into one. Moscatelli has long worked to replant mangroves in areas where they had disappeared; he oversaw the replanting of mangroves around Rio’s Rodrigo de Freitas lagoon, where Olympic rowing events will be held next year. 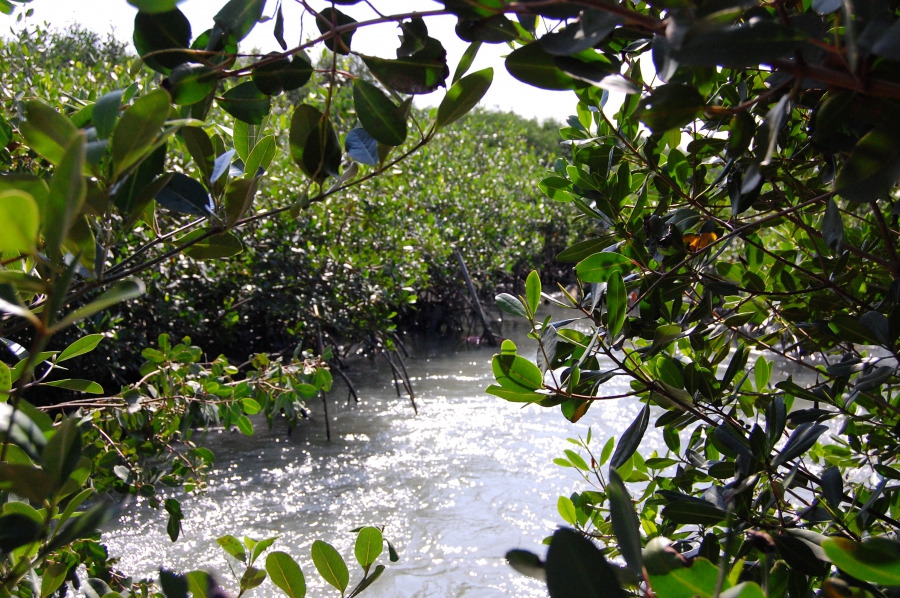 Moscatelli has replanted this mangrove area the size of 13 soccer fields to help the bay's ecosystem recuperate from pollution.

Restoring the bay is possible, says Moscatelli, “it’s just medium- to long-term work that requires political will and good management.” And he’s not alone in thinking that. To put pressure on politicians to do more, fishermen, sailors, and sanitation advocates are planning an event for later this week. They will float together in what they’re calling a “boat protest,” and unveil a list of demands to stop the bay’s environmental decline, such as better transparency and cleaning more on land before waste gets to the ocean.

For his part, Moscatelli reports the pollution directly to the government. But he also tries to engage the public by posting pictures of it on Facebook — often with captions such as “Feces Avenue,” or, when he posts a particularly gross image, “The Rebel Alliance Strikes Again.” Yes, that Rebel Alliance. “People get their inspiration from different places,” Moscatelli says. “For me, it’s Star Wars.”

“I confront degradation in the bay like it’s a disturbance in the force,” he continues. Moscatelli doesn’t consider himself a Jedi yet — he says he's too materialistic — but he does imagine himself as part of the Rebel Alliance as he goes off to visit each waterway. 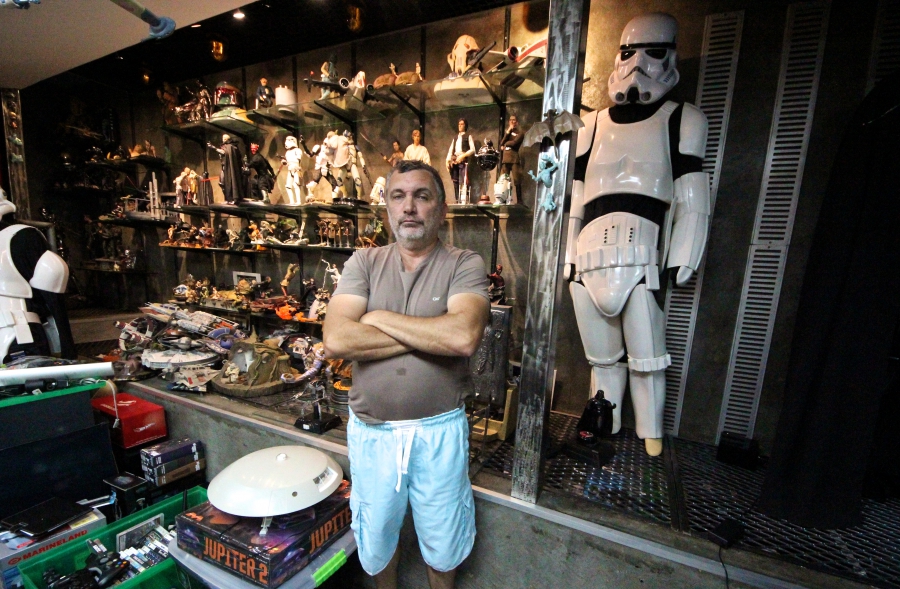