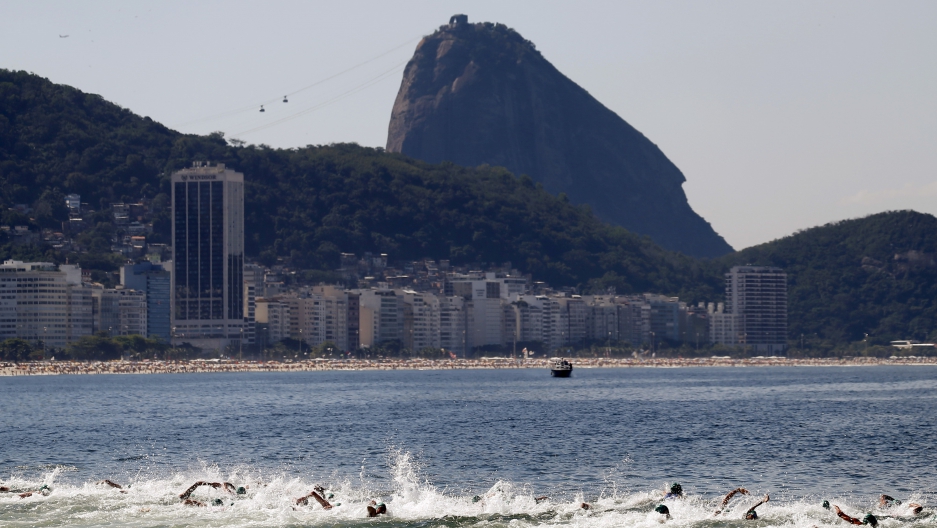 Broken promises are nothing new in Rio.

Take the venues left over from the 2007 Pan American Games.

"When these venues were built the government told Brazilians that these would be Olympic-ready, and there would be a rather smooth and efficient transition to eventually hosting the Olympics," explained Rio-based reporter Taylor Barnes, who reported on Rio's Pan Am legacy for USA Today. "But, these venues have instead had some pretty checkered after-lives."

The 2007 games featured a state-of-the-art velodrome, aquatic facilities, soccer stadium, athlete village and more. Several of these venues will in fact be re-used when Rio de Janeiro hosts the Olympics in 2016, but only partially. A few have undergone expensive upgrades to bring them up to Olympic standards, and one — the velodrome — was simply torn down.

When it was first built, the velodrome was hailed as the best cycling facility in Brazil. After the Pan American Games Brazilian cyclists began training on it and seeing improvements. But about five years after the facility was built rumors started spreading that it was not up to Olympic standards. The mayor of Rio initially denied the rumors, but eventually admitted that Rio was tearing the facility down to build a new one, because repairs would cost just as much.

The venue is still under construction and Brazilian cyclists have suddenly found themselves on the eve of hosting their own Olympics without a home field. They are currently training in Switzerland.

The former athlete village is seen by many Brazilians as symbolic of the failings of these construction projects. After the 2007 Pan Am games, the athlete village was turned into the Villa do Pan apartment complex. Initially Brazilians were excited about the new residential housing. But the neighborhood where the apartments are built (and where the Olympic park is currently being built) is a swamp. The ground has crumbled around the foundations of these buildings and left it exposed, and the roads and sidewalks have started to cave in.

The complex is additionally right next to a famously polluted river. "When I recently went, I saw a mother crocodile being followed around by her numerous hatchlings and a giant brown pig," said Barnes. "And it's worth nothing that crocodiles are sign of bad pollution because they are the animal equivalent of tanks that can swim in very thickly polluted waterways."

Barnes says she's not sure how much the International Olympic Commitee particularly cares about this what's going on in Brazil as long as the facilities are there when the games start. "What this really just means is a ballooning tab for Brazilian tax payers," she says.

And the tab is ballooning quickly. Authorities in the country stated the total cost of the games was at least $11 billion, but no estimates have been made for a quarter of the construction projects.

In 2013 there were a series of demonstrations in Brazil protesting rising transportation prices, corruption and the hosting of mega-events like the World Cup last year — and the coming Olympics. But the Brazilian economy is doing even worse now, and there seems to be a sense that change has become impossible.