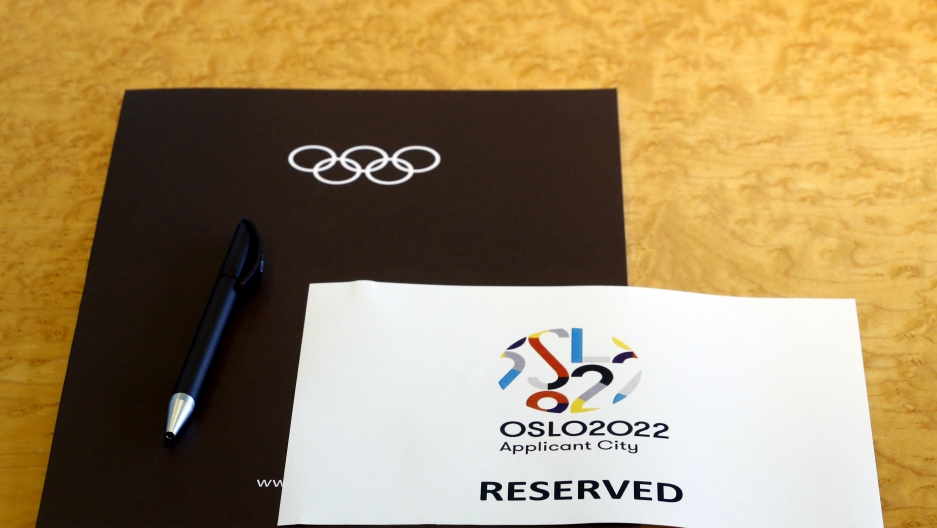 A sign is placed on a table for members of the Oslo 2022 delegation at the start of the Executive Board meeting at the International Olympic Committee (IOC) headquarters in Lausanne July 7, 2014. Oslo withdrew its Olympic bid in October, 2014.
Credit: Denis Balibouse/Reuters
Share

And Oslo is relieved.

On Friday, the International Olympic Committee chose Beijing to host the 2022 Winter Olympics.

Olympics officials meeting in Kuala Lumpur, Malaysia, voted for the Chinese capital over the only other bidder, Kazakhstan's Almaty.

There were originally six cities interested in staging the 2022 games but Lviv in Ukraine, Krakow in Poland, Stockholm in Sweden and Oslo in Norway, all pulled out.

And potential bids from Germany and Switzerland failed to materialize.

When Norway put in its name for the 2022 games, it was considered the favorite to be awarded the Olympics. Its 1994 Lillehammer Winter Olympics had been a huge success — it even became a major tabloid event. Remember Tonya Harding and Nancy Kerrigan?

But the cost of the latest bid had Norwegians questioning the logic of hosting another Olympics. And public support for the games waned after a national newspaper listed some of the outrageous requests made by the IOC.

Norway’s Verdens Gang (VG) newspaper’s reported on documents it obtained that outlined the perks the IOC expected from Oslo.  The newspaper said they included:

* A meeting and cocktail party with Norway’s king before and after the opening ceremony, with the royal family or Norwegian Olympic committee paying for the party.

* A full bar for IOC officials at the stadium during the opening and closing ceremonies.

* IOC members must be greeted with a smile upon arriving at their hotels.

* All meeting rooms must be kept at 68 degrees.

“There were a lot of these things that the IOC later says were not demands, they said it was something they recommended,” explains VG sports reporter Anders K. Christiansen.

But Christiansen says Norwegians felt the Olympic price tag and the diva-like demands of the IOC were just too much.

“People are skeptical about sport politicians driving around in limousines. That’s not very Norwegian.”

Soon after the list was published, the Norwegian government announced that it was withdrawing its bid.