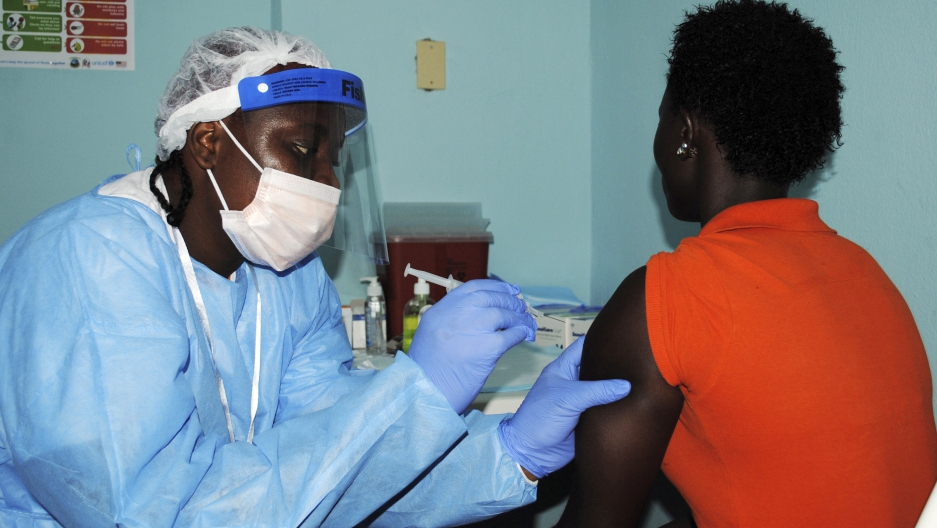 Vaccine trials have led to improvments in the fight against Ebola

An experimental Ebola vaccine that was tested in Guinea during the Ebola outbreak has shown extremely promising results.

According to a report published in British medical journal The Lancet today, a trial with about 7000 patients indicated the vaccine “might be highly efficacious and safe in preventing Ebola.”

The trial vaccinated all 7000 people — some immediately and some after 21 days. After a ten-day incubation period, no one from the immediate vaccination group developed Ebola, according to the report, while 16 people from the delayed vaccination group did develop the virus. The researchers said these results were highly significant, and gave the vaccine an effectiveness rate between 75 percent and 100 percent.

The efficacy of the experimental vaccine is good news for the fight against Ebola, which has killed more than 10,000 people in West Africa. But Ebola has been ravaging the area for almost two years, and the fight against the outbreak did not go as smoothly as many would have hoped.

In particular, the World Health Organization, which helped organize this vaccine trial, has come under fire for not responding more quickly to Ebola. In a statement in April, the WHO even admitted that “the world, including WHO, is ill-prepared for a large and sustained disease outbreak.”

In their statement, the WHO noted what it had learned from the Ebola outbreak. In addition to calls for better communication and capacity, the statement highlighted the need for solutions that take local context and culture into account. “A significant obstacle to an effective response has been the inadequate engagement with affected communities and families,” the report says.

The report also mentioned that market-based approaches do not always meet the needs of a fight against diseases like Ebola. Often, the report says, there is a need to incentivize the medical community to develop products to combat these “diseases that disproportionately affect the poor.”

The WHO made suggestions for what countries can do better in case of similar situations in the future. And, the organization came up with its own plans for improvement, including establishing both a Global Health Emergency Workforce and a Contingency Fund to enable a more rapid response to disease outbreaks. The report also said the organization plans to work to improve its communication and cultural engagement strategies.

Fink says Margaret Chan, the director general of the WHO, echoed these points. According to Fink, Chan reiterated the need “to focus on improving health systems” and help countries to be “more capable of detecting outbreaks of dangerous diseases and ... have stronger health systems to be able to deal with them.”

Fink does not expect quick progress from the organization. “It is a slow process,” she says; after all, “this is a UN bureaucracy.” However, she has hope that the member countries will be able to guide the future of the WHO in the right direction. The work of the WHO, she says, “is really an expression of the world’s will."