For William Saito it's been a years-long battle to change the business culture in Japan. It's getting a bit easier, now that he's got the ear of Japan's prime minister.

What he's telling Shinzo Abe is that the government has to stop propping up large, sometimes failing corporations.

"There's actually too much subsidy and too much money by the government. And when the government uses their old tools of propping up these companies with money, you don't have this hunger to really try hard or to really innovate and take risks," he says.

That said, Saito says things have gotten considerably better in the past two or three years because there's a certain tension, a realization that the old ways aren't working. 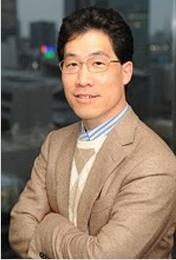 "The biggest issue" in 1980s Japan "was that the Japanese, and especially the large corporations, believed in themselves too much," Saito says. "And because of the way that organizations are run here, very hierarchical and such, the input from the rest of the world didn't seep through that innovation continues to change and that the world evolves. And when you believe in yourself too much, you think that the Walkman or the CD is going to last a lifetime. And many Japanese companies thought they could do no wrong."

And so they watched as the world passed them by. But Saito says there's hope: cybersecurity.

"My joke here," Saito says, referring to a lack of Japanese high tech leaders, "is when you have nothing to protect, you can develop a new way of thinking on cybersecurity to create a whole new type of industry. Japan has actually done this before. The automobiles that Japan produced in the early 70s were really bad: They broke down, their fuel effiency was bad and the pollution they produced was tremendous. The United States really got on Japan's case and said, 'you have to clean up your act,'" Saito says.

He says Japan really took that to heart, and retooled their entire auto industry.

"As you see today, the result of that is very fuel efficient, very safe and very clean cars. So given that DNA, I think if Japan gets enough pressure from outside it could take that energy, bottle it up and create this whole new generation of security products. Because, quite frankly the security products out there right now are not perfect."