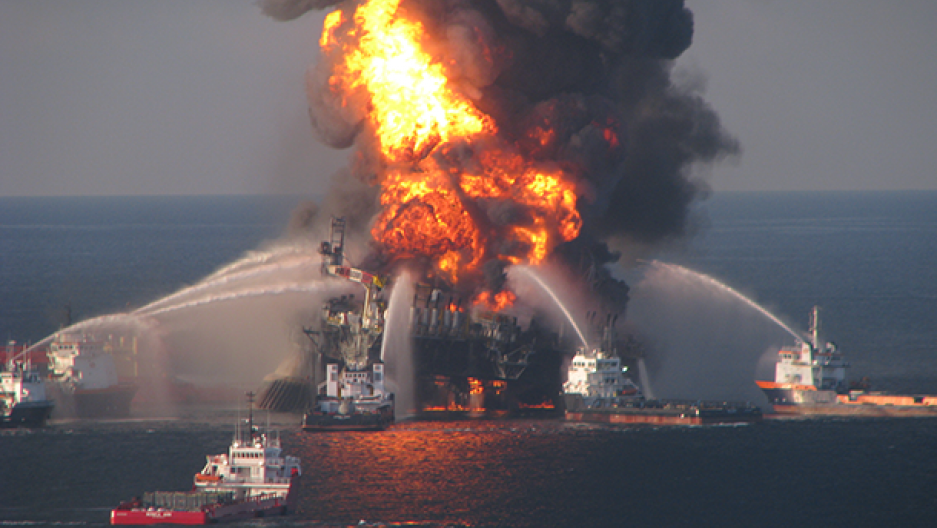 BP has agreed to pay $18.7 billion to federal, state and local governments as compensation for the catastrophic 2010 Deepwater Horizon oil spill in the Gulf of Mexico.

The proposed settlement ends five years of legal battles between the oil giant and the federal government, the states of Louisiana, Texas, Mississippi, Alabama and Florida, and some localities. Private suits against the company will continue.

Under the terms of the agreement, BP will pay the federal government $5.5 billion over 15 years in Clean Water Act penalties and $7.1 billion to the five Gulf Coast states for damages to natural resources. These funds are intended largely for environmental restoration.

In addition, BP will pay about $6 billion over 18 years to state and local governments for economic damages, including losses in tax revenue. About a billion dollars of this portion is intended to resolve claims by more than 400 local governmental entities, which include Louisiana parishes and counties, smaller cities and school boards.

Not everyone is happy with the settlement. Plaquemines Parish in Louisiana, for example, has rejected it, claiming it is too small to compensate for its damages. Oceana, a consortium of leading foundations that focus on ocean advocacy, released a statement calling the settlement “woefully inadequate.”

“The BP settlement for its federal and state claims is a disappointment to those who believe that the company should pay the full cost of the damages it caused,” the statement says. “$18.7 billion may sound like a lot of money, and it is, but it pales in comparison to what BP really owes.”

During the trial, US District Judge Carl Barbier found BPA guilty of "gross negligence." Based on this finding, Oceana, other environmental organizations and affected parties had expected the fines under the Clean Water Act to be much higher.

Mark Schleifstein, environment reporter for NOLA.com/Times-Picayune, says the plaintiffs were willing to settle for a smaller amount in order to avoid years, if not a decade, of further litigation.

“Even after the judge ruled, it was likely, based on what BP was already doing in the private claims settlement, that the company was going to appeal any sort of decision,” Schleifstien said. The appeals process would have delayed the restoration projects essential to reviving the Gulf region, he says, and many of the plaintiffs are anxious to put the legal wrangling behind them and move on.

Though perhaps no amount of money would be sufficient to compensate for the tremendous damage caused by the spill, BP will have paid close to $60 billion, Schleifstein say — the largest environmental settlement in US history.

The settlement must still be approved by Judge Barbier, and Schleifstein believes he will. “I think he’s very interested in getting this portion of the legal battle over with,” he says. “So I think he's expected to pretty much put his imprimatur on it.”