Kenya: A guide to the land of 68 languages - BBC News
Share

As President Obama heads to Kenya this weekend to attend a summit on entrepreneurship, reporters will descend on the country and "discover" all sorts of local stories rarely covered by the Western media. One set of BBC reporters is already there, asking Kenyans what stories to cover. How about donkeys?

It turns out there a lot of them all around the country, says Matt Danzico, who is part of the BBC's “pop up” bureau of journalists, a sort of traveling news bureau that is now embedded in Kenya. Non-profit organizations are springing up, he says, to make sure the donkeys are being treated well and are healthy.

“What we do is we go around to different cities and countries around the world and we embed ourselves in those communities,” says Danzico, who happens to be American. The team functions like a crowdsourcing unit, “we hold meetups and town meetings to ask locals to come out and tell us what stories they want us to cover and then we just film their story suggestions.”

In the run-up to Obama’s visit, he says, the team has gathered 146 suggestions from Kenyans and Kenyan Americans. “So we have everything from a story about Sir Elvis, a Kenyan country and western musician with a very, very deep voice whose parents named him after Elvis Presley, through the issue of tourists around the country who get charged a much [higher] price than locals and get greeted in different languages." 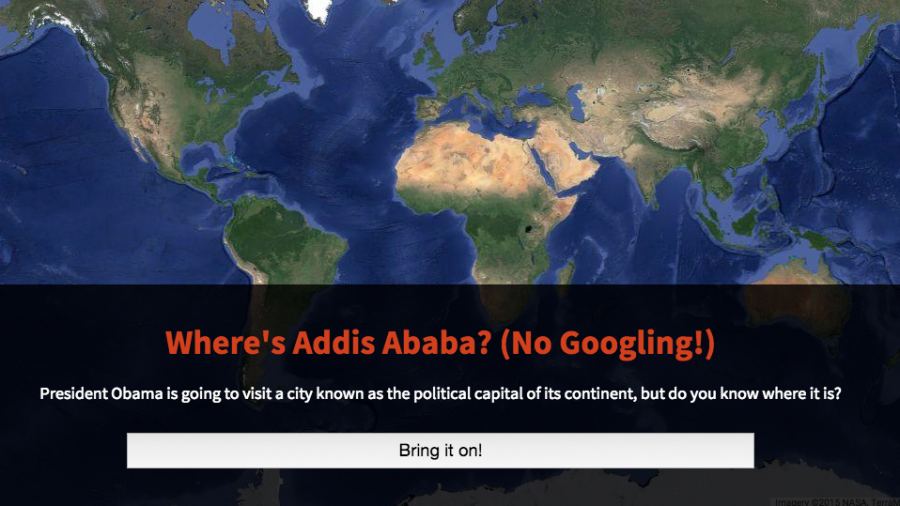 Danzico says the BBC pop-up team will likely cover LGBT issues "because it is illegal to have homosexual acts within the country's borders, so that issue has been brought up to us.” Another example? “Kenya has a large, bubbling film industry inside some of the largest African slums, as kids are picking up video cameras as a way to escape poverty.”

On the very first day the team arrived in Kenya, Danzico says it headed into Kibera, one of Kenya’s largest and poorest slums. “It’s a vibrant community full of different languages where you’re likely to find people from across all of Africa intermingling ... with kids playing in the streets. It’s not the type of setting that you would imagine when you hear the word slum.”

And he expects many will come out to cheer the US president in any of the 60 or so languages spoken in the country. Obama’s father was born in Kenya and his step-grandmother still lives near Lake Victoria. "The local news channel on its Twitter page, says Danzico, "has a banner saying, 'Welcome Home, President Obama.' Certainly, the people of Kenya are looking to embrace him with open arms — and that is putting it very lightly."

And foreign reporters will be there to tell us all about it, and about the donkeys.