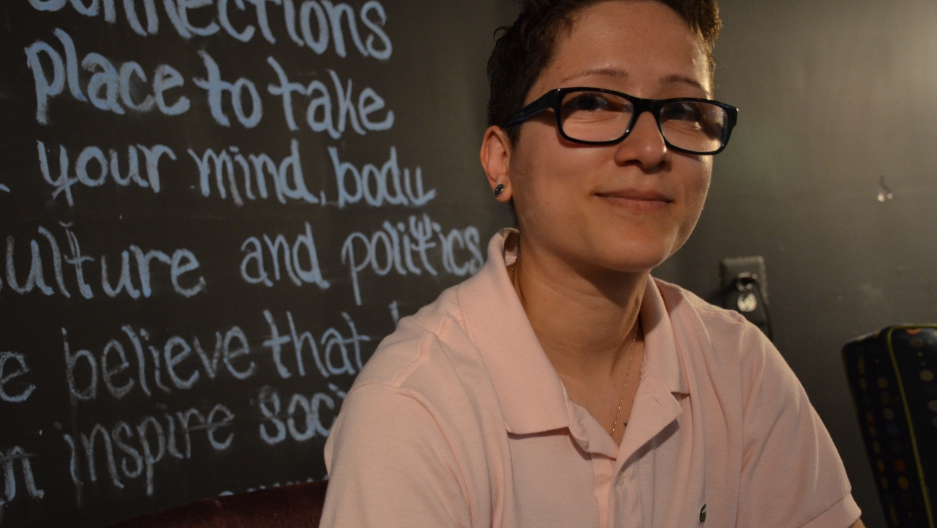 "AJ" is a Saudi lesbian living in the US. She says there is no openly gay life in Saudi Arabia. "No one publicly identifies as gay."

AJ is sitting in a restaurant in Northern Virginia, drinking a beer and showing off her ink. One of the tattoos is a yellow equals sign in a blue square — the symbol of LGBT equality.

There’s nothing all that remarkable about this scene, except that AJ grew up in Saudi Arabia, where all of this — the alcohol, the gay rights tattoo, the fact that she drove to the restaurant — all of this is haram, or forbidden.

We’re using AJ’s initials because not everyone in her family knows that she’s a lesbian. If 34-year-old AJ could go back in time and tell her 17-year-old self that she’d stop wearing hijab, own a car and have a girlfriend one day, she says her younger self would have never believed it.

“My mom was very strict,” AJ says. “I really couldn’t go out with friends, couldn’t leave the house or visit friends, or do anything.”

But even while living under her mother’s thumb, AJ began to realize she was different.

“I always had a crush on women,” she says.

“Another fun fact about Saudi — it’s very normal for females to have a crush on another female,” she says. “But then when it became more sexual, that’s where you drew the line.”

AJ had no one to talk with about what she was feeling, so she went online.

Her reluctance to accept it wasn’t because she grew up Muslim — she says she was never a believer, despite coming from a religiously conservative home. She didn’t want to be gay because it’s nearly impossible to lead an open, honest life in Saudi as a queer person.

So AJ did the only thing available to her: She started looking for an online community.

“There were a few [chatrooms] then that catered to lesbians. And I just went online and talked to people,” she says. “But you don’t know anyone’s name. You don’t have their number, you don’t talk to them over the phone. It’s just strictly chatting online.”

Any kind of romantic relationship was challenging — and potentially dangerous.

“My first girlfriend, [who] I met online, it probably took me a year-and-a-half to two years just to learn her first name.” 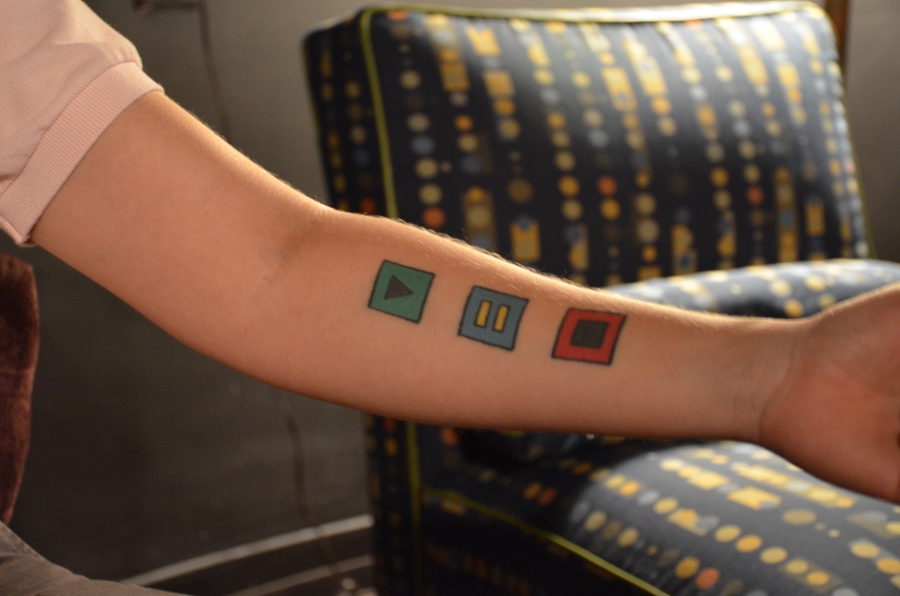 AJ had spent some time in the US when she was younger, so she knew there were places where she could live without that kind of fear. Ten years ago, she moved to the US to pursue graduate studies in Virginia, basically getting every degree she could — two masters and a Ph.D. — before her student visa expired.

At that point, she was faced with a difficult decision — to go home or seek asylum in the US based on her sexual orientation. There were financial considerations, but also the emotional one, of what it means to be an asylee, “someone who is sort of stateless. It was a struggle. You feel you’re betraying your family.”

She ultimately made the decision to stay, and that has cost her something. She missed watching her sister get married. She only sees her mother about once a year when her mom visits. Her mother still doesn’t know that she’s gay.

Still, for AJ, the family sacrifice was worth it when she considered the alternative — a life in the closet where the threat of exposure is ever-present.

“I’m sort of even too scared to think of what would have happened if I had gone back home. I have no idea how this would have played out.”

But AJ doesn’t have to worry about that anymore.

She recently won her asylum case, and is now waiting to receive her green card. Once she has that, AJ says life will be a whole lot lighter.