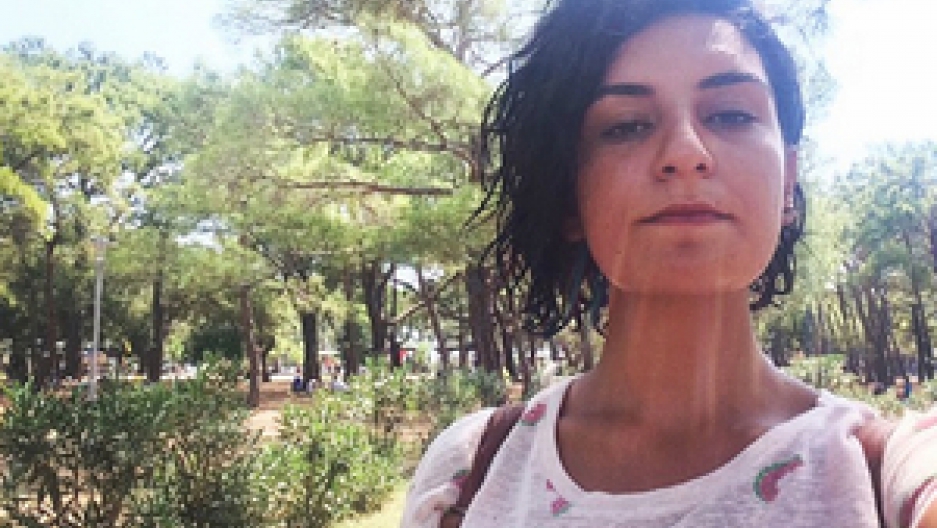 Before she was killed by a suicide bomber, before her Instagram photos were shared and liked by thousands, Hatice Ezgi Sadet was a 20-year-old art history student from Turkey looking forward to going on an archeological excavation trip and using her newly obtained driver’s license.

Sadet postponed her trip though; she had more urgent plans. She was part of a group of students and activists going to volunteer to help rebuild the Syrian Kurdish city of Kobane, destroyed during fighting between Kurdish and ISIS forces last year. She took a selfie with a group of young men and women in a bus, smiling wide, with the caption “heading to revolution.” She had begun to document the journey under her Instagram handle, Umutlugil, or the hopeful family. She told friends she’d be back in a few days. 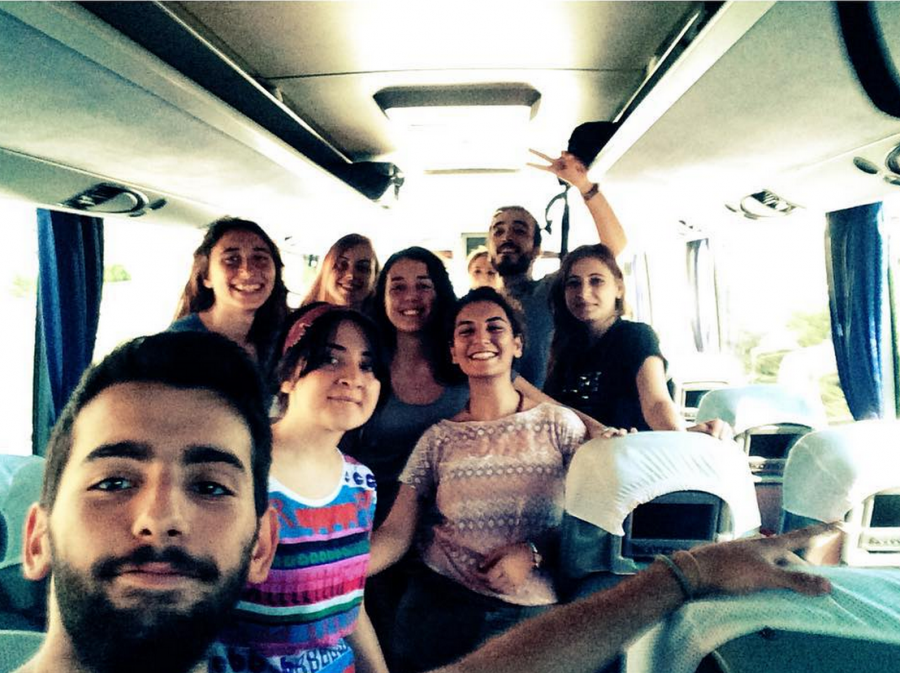 Hatice Ezgi Sadet is in the brown shirt, to the right, as she travels on the bus to Suruç with fellow activists.

The volunteers came from all over Turkey, many from the Federation of the Socialist Youth Association and other leftist groups. Among them were students, activists, election monitors, revolutionaries, anarchists, socialists, conscientious objectors and an MP candidate. Sadet got on one of three buses from Istanbul headed to Suruç, the predominately Kurdish town in Turkey that borders Kobane. Known for her smile and cheery personality, she was an unofficial spokesperson for the Rebuild Kobane project, giving interviews to media and communicating with government officials as the students navigated the complex state bureaucracy that regulates permits to cross into Kobane.

On the morning of July 20, the group and locals met to discuss plans for rebuilding Kobane. They had collected humanitarian supplies, including books and toys for children. They hoped to help build a school, a library and a park. As the cameras rolled, they began to slowly chant, holding flags and a banner that read “we defended it together, we are building it together.” Then came the explosion, the panic, the screams, the maimed bodies strewn among the trees. A suicide bomber.

“When I heard about the explosion on the radio, I thought ‘no, it has nothing to do with her, she can’t die’,” said Sadet’s friend Zeynep, who asked to be identified by a pseudonym because of concerns for her own safety. “I asked her not to go. I was afraid of something like this because people are constantly getting killed.”

The bomb ripped through the Amara Culture Center, killed 32 and wounded more than a hundred. Turkish officials have called it a terror attack and said they’ve identified a suspect who they believe has ties to ISIS, though the group has yet to claim responsibility for the bombing. The attack comes after several sweeps on militants with alleged ties to ISIS.

“Clearly you are starting to see a pattern emerge, where ISIS sympathizers or ISIS itself, is ramping up terror attacks, both inside Turkey and across the border in neighboring Syria,” says Aaron Stein, an Istanbul-based doctoral fellow at the Geneva Center for Security Policy, and host of the podcast, Turkey Wonk.

But the evident danger wasn’t enough to dissuade Sadet or her colleagues. “She was so hopeful. She went to Kobane hoping that she’ll be of use, that she’ll help,” said Zeynep.

Sadet was only 20, but she was not new to activism. She was a veteran of the 2013 Gezi park protests, and had participated in numerous demonstrations since. “We worked on many issues apart from Kobane, especially the prevention of murders of women,” explains fellow activist and schoolmate Emre Demirel. “Ezgi worked on this a lot. The murders of women is one of Turkey’s bleeding wounds. LGBT rights, children’s rights are important to us. We worked on these. We gave the necessary importance to all rights and rights struggles. We attended marches, we made press statements, worked to inform the public.” 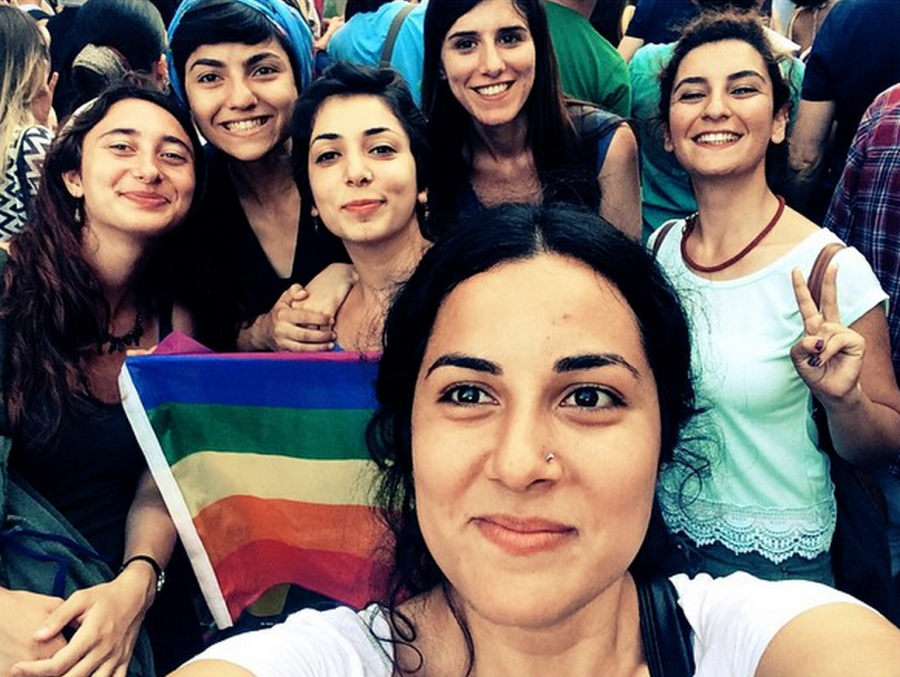 Hatice Ezgi Sadet stands at the far right of this group selfie, making a peace sign during a Gay Pride rally in Istanbul. Please note that this photo is not a photo of Suruç volunteers or victims, as the photo has widely been misrepresented on social media.

“But we had this reality, a Kobane that was destroyed, to rebuild it,” says the 25-year-old Demirel of the urgency to go there. “There is a human tragedy there and children have lost their families, their lives have been darkened. We were going there to be a hopeful light. We were going to do things to change the lives of the children.”

Demirel regrets not having been there with his friends and says that, despite the attack, the students plan to regroup, and plan another trip. He pictures Sadet’s smile and says, “We’ll take over the smiles of our comrades.”

“We won’t leave our friends’ ideals half-finished,” he says. “We will do whatever necessary. In Kobane, we will build that kindergarten, that park, that library.”