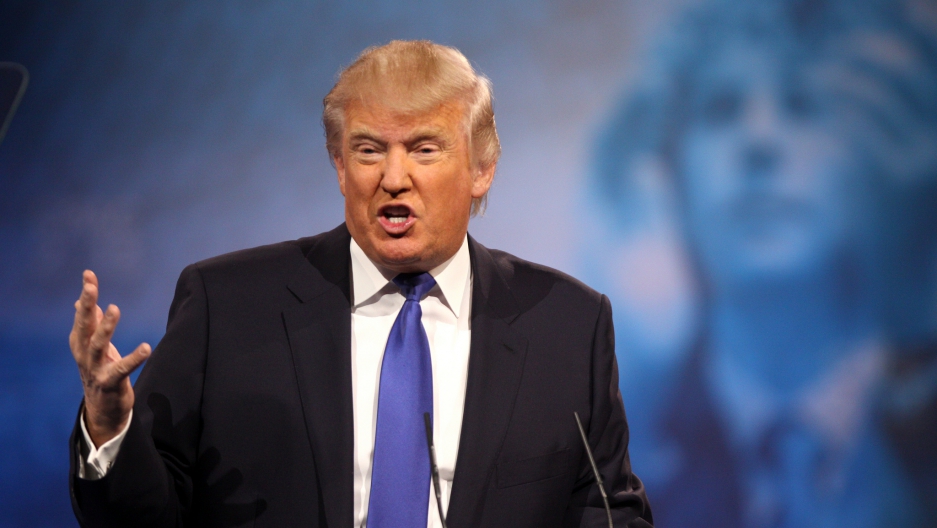 These days, it seems like everyone has an opinion on Donald Trump — and his controversial Twitter account. And his latest online sparring partner? None other than someone purporting to be Joaquín Guzmán — aka, El Chapo, the legendary Mexican drug lord who recently escaped from prison.

El Chapo had some harsh words for Trump, thanks in part to Trump's recent comments about immigrants that have had many people talking.

[Translation]"Keep being a nuisance and I'll make you eat your [expletive] words, you immature prick."

Chapo has since deleted the tweet, but not before Global Voices got a screenshot.

Trump, of course, fired back, alledging that he was not afraid of El Chapo.

Mexico's biggest drug lord escapes from jail. Unbelievable corruption and USA is paying the price. I told you so!

Can you envision Jeb Bush or Hillary Clinton negotiating with 'El Chapo', the Mexican drug lord who escaped from prison? ....

...Trump, however, would kick his ass!

There's no guarantee that the El Chapo tweets are coming from the druglord himself, says Lalo Alcaraz, a cartoonist, writer and radio host whose work focuses on Latinos in America. Or, for that matter, if Trump actually tweets for himself or has a staff member tweeting for him.

Alcaraz jokes that Trump, with his strident anti-immigrant stance, has become "the great Latino unifier." Latinos from all different backgrounds have taken to Twitter to denounce Trump and "defend Mexican immigrants against these comments" that Trump made, he says.

And the jokes about El Chapo's escape haven't slowed down, either. A parody account, @ElChapoGuuzman, has even popped up.

Now that El Chapo is offering $10 mil to any Mexican-American who will hide him, I've suddenly remembered we have a spare tunnel

@laloalcaraz Be there soon Lalo :)