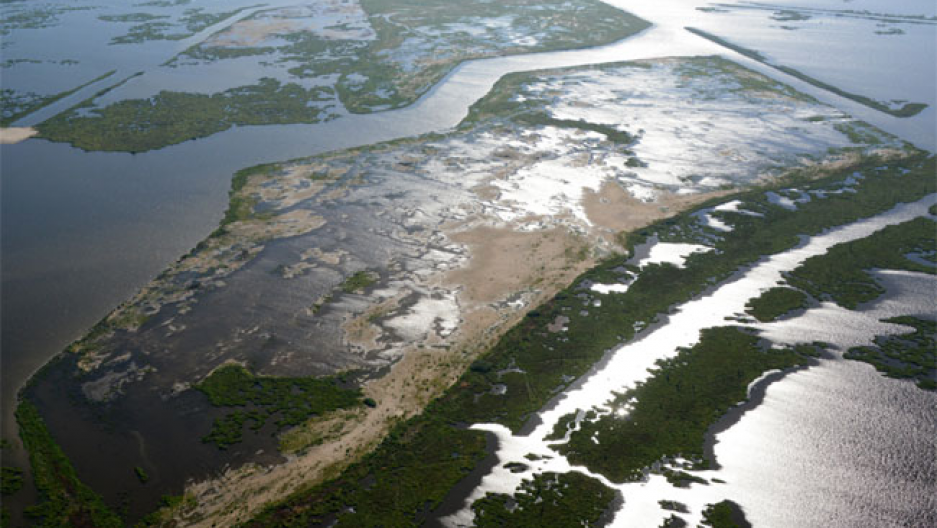 Louisiana is in trouble. The Mississippi River Delta is disappearing into the Gulf of Mexico at the rate of 16 square miles a year, some of the fastest land loss on the planet.

The bayou lands are crucial to the nation's fisheries, as well as regional oil and gas supplies. Perhaps ironically, activity by the energy industry is helping to destroy its own infrastructure.

In response, industry and government officials have created an unprecedented plan to save and rebuild these wetlands over the next 50 years at an estimated cost of $50 billion.

In a joint project with ProPublica, Bob Marshall, a reporter for The Lens, has co-authored an analysis of the plan called “Losing Ground: Louisiana’s Moon Shot."

“What they're trying to do here has never been done before. They're trying to rebuild some of the wetlands that have been lost and then to maintain that against all these unknown variables, such as subsidence and sea level rise and lack of funding,” Marshall says. “In every sense, it is as ambitious in those two areas as going to the moon for the first time.”

So how is it even possible to restore or rebuild wetlands? What are the methods that the engineering crowd is saying are possible to use? 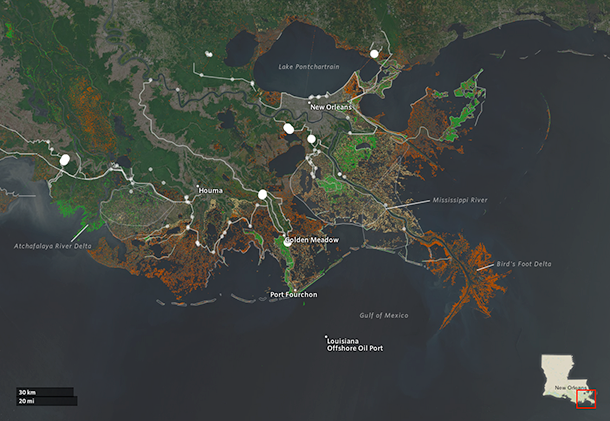 Louisiana’s Master Plan for the Coast includes projects like marsh creation, sediment diversion, levee, structural and shoreline protection, hydrologic restoration, and oyster reef restoration. The plan is ambitious and, if implemented on time, can restore and save some crucial wetland areas (in yellow and green), but some regions are sinking too quickly and will be sacrificed (in red).

The heart of the project is water diversion that basically re-creates or mimics the way the river built the deltas originally.

To start, Marshall says it is necessary to get the sediment out of the water and into the sinking basins in the area around New Orleans. Marsh creation, or as Marshall calls it, “slurry pipelines,” is where sediment is dredged out of the river and pumped into the sinking basins to re-create the environment as it once was. It is hoped that 33,000 acres can be restored this way.

But the restoration effort faces two problems: First, dams north of New Orleans hold back about half of the sediment needed for the effort, and second, the land is sinking so quickly that many of these areas are already too deep and too large to be rebuilt.

Shoreline stabilization is also planned. Rebuilding oyster reefs will help protect them from wave action and restoring certain plants to the marsh will help hold the soil together.

New Orleans is about 90 miles from the mouth of the Mississippi River. Most of these projects will take place in the stretch of river about 50 to 60 miles from New Orleans, nearest the city and suburb communities. The last stretch of 30 or 40 miles nearest to the river delta will be given up, Marshall says.

“It's sinking at such a fast rate — in some places five feet a century — so there's no hope of really saving those areas,” Marshall says.

With the nation’s most productive coastal fisheries outside of Alaska in these wetlands, there is a precarious balance in saving the environment in order to preserve the industries that rely on that environment. Considerations have to also be made for the shipping industry and communities that could be flooded by the projects.

Fifty percent of the nation's refining capacity is located along this section of coastline and 30 percent of our total energy supply comes from 4,000 rigs offshore, Marshall says.

“As this turns to open water, they have to go somewhere,” Marshall says. “They have to be rebuilt or re-engineered at enormous expense.”

With a project timeline of 50 years and hefty price tag, Marshall remains optimistic about its ambition and promise, but is less confident about political factors that could sink the plan.

“If they don't succeed here, then about a million people have to find new places to live and one of the nation's key energy corridors could be disrupted, if not shut down," Marshall says. “You know the old cliché: Failure is not an option?”