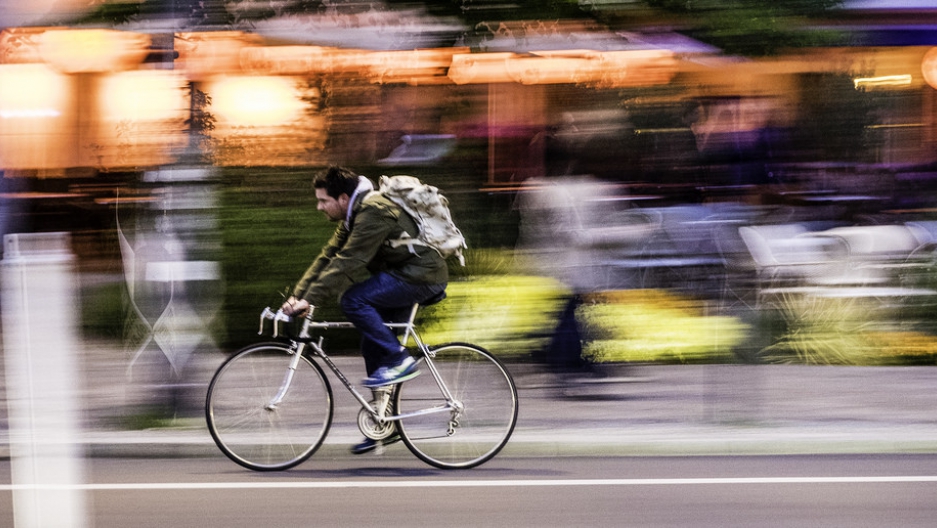 After surveying 18,000 people, Wesley Marshall, an associate professor of civil engineering at the University of Colorado, is trying to understand why cyclists, in particular, might bend or flat-out flout traffic regulations.

Answer honestly. As a bicyclist do you follow all the rules and regulations of the road?

Ever zipped over the speed limit, or glided past a stop sign when no one’s around?

When it comes to obeying traffic laws, “we’re all criminals,” says Wesley Marshall, an associate professor of civil engineering at the University of Colorado.

After surveying 18,000 people, Marshall is trying to understand why cyclists, in particular, might bend or flat-out ignore traffic regulations.

“When you look at the transportation system and the laws we have, pretty much everybody is a criminal. ... We’ve all gone a few miles an hour over the speed limit, and as a society we seem OK with that.”

We often imagine these reckless New York bike messenger-like people, Marshall says. The criticism gathered by the survey was sometimes quite venomous, he said, even when discussing perfectly legal maneuvers, such as coming into and taking the lane.

“People think that is rude.”

The study gathered similar rates of infraction — 8 percent to 9 percent for drivers, and 7 to 8 percent for cyclists. And when Marshall researched the reasons a cyclist might break a traffic law, it turns out they are doing it for nearly the same reasons that a driver would, but with one difference.

Drivers and pedestrians will drive through or walk against a red light to save time.

“They’re not trying to be reckless or rude,” Marshall said. “Cyclists, they’re doing it for their own personal safety or perceived safety. They felt like they’re more visible.”

On a transportation grid designed with cars in mind, Marshall says cyclists are acting on what they perceive is better for their safety. It is a rational choice in a cyclist’s decision-making, he said. At a red light with no other cars crossing, a cyclist can get a head start on the next block.

“It’s interesting that you would break the law to feel safer,” Marshall says.

A city with a great deal of mass transit is expected to be a lot safer than a typical driving city, Marshall says. But cities with lots of bicyclists, which you might think would be more dangerous, are in reality much safer.