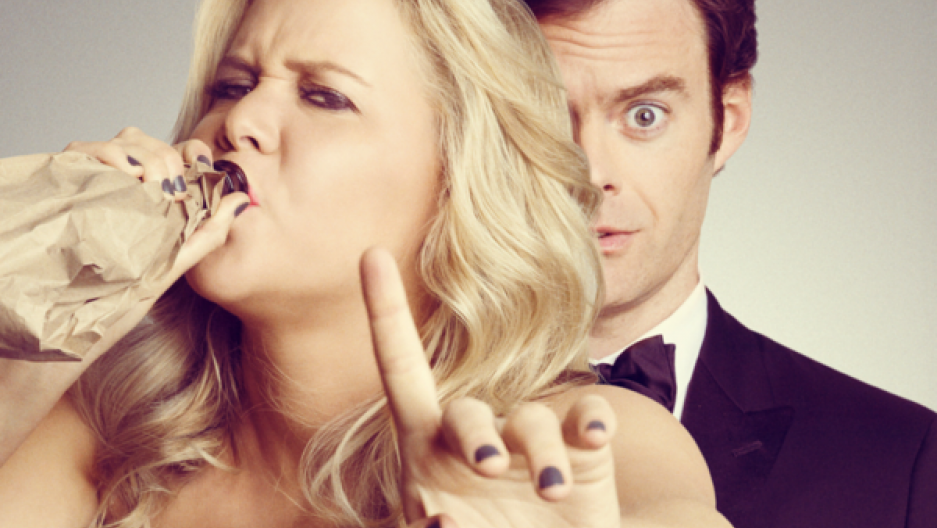 Amy Schumer wrote and stars in the new comedy "Trainwreck."

Comedian Amy Schumer has knocked the way men and the media treat women for more than a decade, and now she’s stretched her seriously funny writing into a feature-length film.

"Trainwreck" was written by and stars Schumer as a bed-hopping, heavy-drinking journalist puzzled that someone she thought was a one-night stand — the subject of her new men's magazine article (Bill Hader) — wants a relationship. Judd Apatow co-produced and directed her semi-autobiographical story, and Colin Quinn plays Schumer’s father — the man who assured her as a girl that monogamy is a failed state.

WGBH Arts Editor Jared Bowen sat down with Apatow and Quinn to talk about making the movie and Schumer’s success in comedy.

JUDD APATOW: I feel like she’s a little bit of a George Carlin of our time. She’s talking about a lot of things that need to be talked about in an explosively funny way. But she’s, you know, she’s going at the hard subjects on her show ["Inside Amy Schumer."]

JB: How have you seen her, just her aptitude for stand-up and getting comedy?

CQ: She’s just got it, you know what I mean. You can see when you talk to her or when you watch her act: like off-stage, she’s just quick and funny, you know, smart.

JB: And what did you see to know that she had the ability to carry an entire movie, both writing it and starring in it?

JA: I just heard her on Howard Stern, and I thought, "That sounds like a movie. I guess that movie’s not going to get made unless I bug her to make it." So, I bugged her to make it. 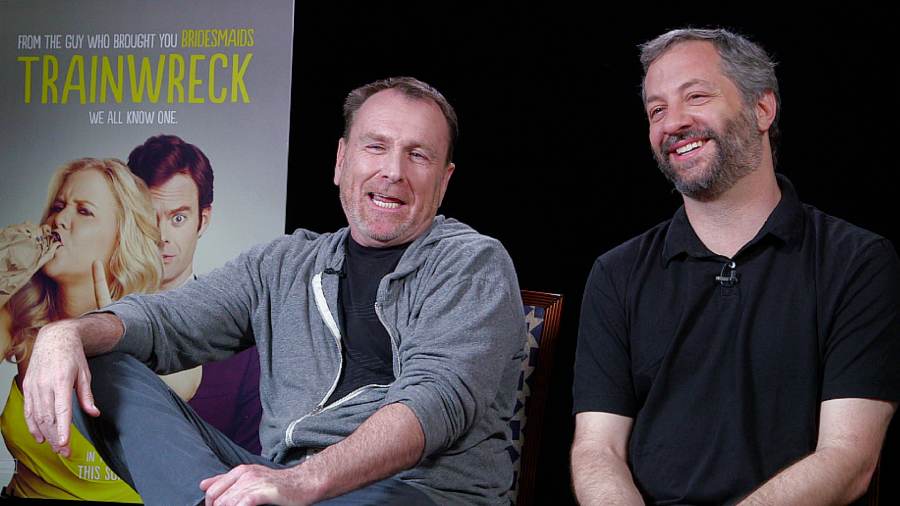 Colin Quinn and Judd Apatow sat down with WGBH Arts Editor Jared Bowen to talk about their new movie, "Trainwreck," and what makes star Amy Schumer's comedy stand out.

JB: So I understand it’s somewhat autobiographical. But how do you direct her, knowing that she’s pulling a lot from her life, but also she’s creating this scenario, this character?

JA: Well, she’s such a good actress that that was the great surprise — she started out as an actress and then she did standup. So the acting part was really easy. And I always think it’s helpful if you’re writing about something that you care about deeply. So it starts out as something personal, but it’s all, it’s all ultimately made up, but it’s about things that she cares about.

JB: So I know this is kind of an explosive question, this notion of women in comedy and how it’s something different, as opposed to men in comedy or something. How do you look at that, the attention that she’s getting right now?

JA: I just never thought of it that way. When I was a kid, my favorite person on Saturday Night Live was always Gilda Radner. So I just thought, "Yeah. She’s hilarious; the women are hilarious; the guys are hilarious." So I never get that debate because there’s always been women who were amazing. I mean, you know, the biggest comedian of all time is Lucille Ball.

CQ: I’m sure a lot of female comics would have plenty to say about it, you know what I mean, like from their point of view. I’m like, "Yeah, we’re all the same." They’re like, "Really?"

JB: Is it different to hear a woman talking so blatantly about sex as opposed to a man?

JA: I mean, anytime anyone speaks very bluntly and honestly about their experiences, most people are shocked because most people can’t express themselves, and it might be more surprising from women because they haven’t had as many opportunities as men have had. But it’s certainly necessary, and there are brilliant people doing it right now.