For nearly a century, the Italian army has produced medicine for the country.  This year, they’ve taken on the production of a new drug: marijuana.

An unmistakable aroma fills the air of an immaculate lab.  Dressed in a white lab coat, Antonio Medica carefully clips away at a leafy green plant with his garden scissors. It’s a big day for him. He’s finally harvesting his first marijuana crop.

But Medica isn’t your next-door grower.  He’s a colonel in the Italian army. His lab is inside the army’s pharmaceutical facility — a highly guarded base in Florence. This year, they’ve taken on the production of a new drug.

“It is very similar to the so-called Bediol of the Netherlands, that at the moment is still imported in Italy,” he said.

Not for long. As European countries pass medical marijuana laws, the Dutch weed has become ever so popular. So Italy, took a big state approach. Last year, they decided to cut out the middleman and produce their own stock. Their unique recipe is already raising eyebrows. Italy has become the first country in the world to assign their army to a national marijuana crop. 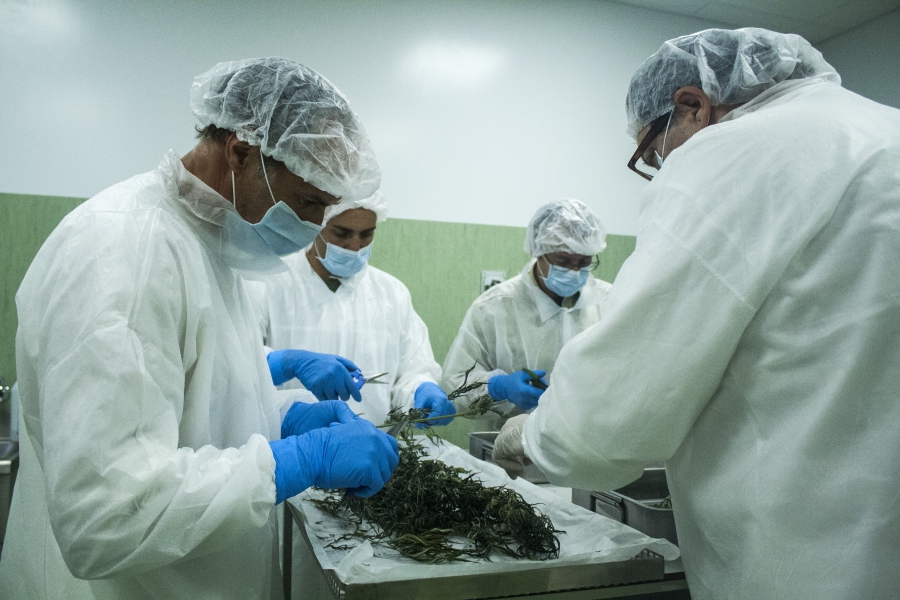 Italian army scientists work inside the army’s pharmaceutical facility at a highly guarded base in Florence, where they've taken on the production of marijuana.

Medica happily accepted the mission, but he says there were a few bumps in the road. “We are all pharmaceutical chemists and we have no correct experience in the cultivation of cannabis,” said Medica.

At first he had questions like, "is it possible to get high on the smell inside the greenhouses?" But within a few months he had gained his stride, and is already conducting tests on new varieties.

His learning curve is no surprise. Medica’s pharmaceutical facility has been producing medicines for its population for over a century.  They specialize in so-called orphan drugs for rare diseases, that no big pharmaceutical makes because the market is too small. Yet every year, the lives of some 3,000 Italians depend on these soldiers.

Now with medical marijuana on their list, their patient pool could potentially expand to thousands more.  But Italian law might keep those numbers down.  In 2013, lawmakers limited medical marijuana subsidies only to the very ill, such as cancer and multiple sclerosis patients. For those looking to relieve chronic pain, there’s a lot of red tape involved. Italy still perceives marijuana as an abused drug, a threat to public integrity. Which is why, only the military could be allowed to grow it.

“Cannabis is a narcotic product and the military are involved in this project to avoid the drug addiction and illegal use of this product,” said Medica. “And to manage all the steps, from manufacturing to distribution,” he said.

The army expects to harvest 200 pounds of medical-grade marijuana, double what it imports now. And since they’ll soon control production and distribution, the cost could go down by 50 percent. At the moment, one gram of medical marijuana goes for $40.  That’s four times the cost in let’s say Denver, Colorado. 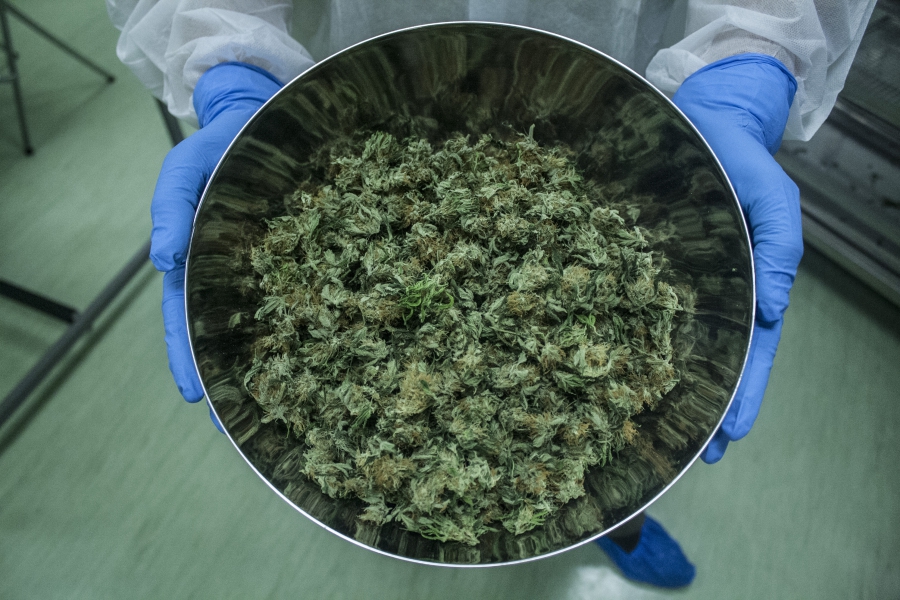 A bowl containing the army's first batch of carefully cut marijuana flowers. Before they reach Italian pharmacies, they'll be sterilized with gamma rays and packaged in jars of 5 grams.

Marco Ternelli is a bit of a medical marijuana pioneer. His pharmacy, tucked away in a small town in central Italy, is one of the first to offer it. His tinctures, oils and tea bags are highly sought out by hundreds of patients throughout Italy.  He says that even though patients pay a hefty price, the financial burden isn’t the worst part.

“The big price patients are really paying is not money,” said Ternelli. “Most doctors are not willing to write a prescription because there is a cultural barrier linked to the fact that medical marijuana is seen like an abused drug," he said.

Ask Paula Menghini, a mother of two. Lately she has come under serious mom stigma for choosing an unconventional medicine for her son.

“I don’t do drugs, I don’t smoke, I’m an honest and average person, but yes, I do give marijuana to my son,” said Menghini.

Menghini’s son has a rare syndrome called CHARGE. For years, her son couldn’t sleep, was nervous and even punched himself.  To curb his fits, doctors prescribed a heavy psycho stimulant. Menghini remembers how she had to push her 10-year-old child around in a stroller.

She says marijuana tea made all that go away, except for her resentment.

“It’s unbelievable, “says Menghini, “that doctors, neurologists and neuropsychologists - the best in their fields – have no idea what marijuana can do. And they even laugh when you ask about it,” she said.