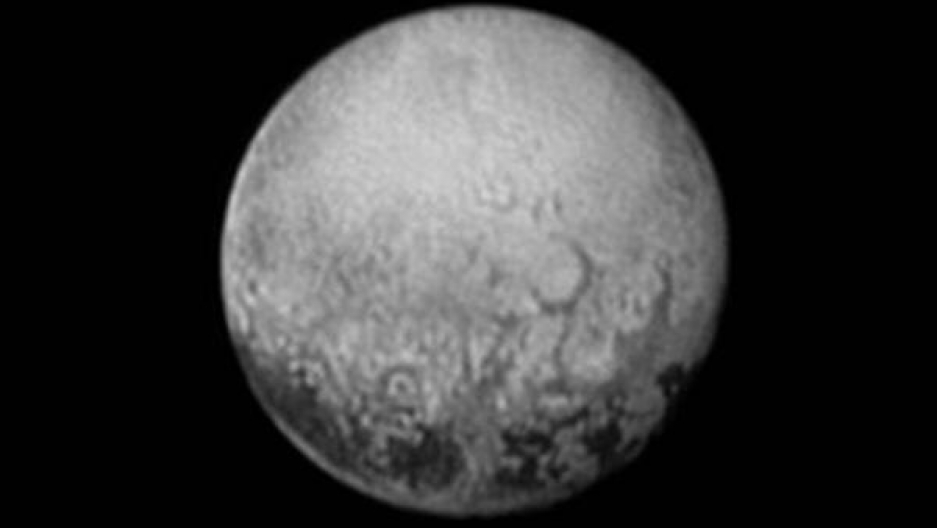 Pluto is ​seen from New Horizons on July 11, 2015. This image was captured when the spacecraft was 2.5 million miles (4 million kilometers) from Pluto.

The New Horizons mission is coming down to the wire.

NASA's mission to the outer reaches of our solar system launched in 2006 and has travelled billions of miles in the past nine years. The probe is about to have a very close encounter with the icy dwarf planet Pluto and its moons.

“The last couple of days have been really phenomenal, seeing all these blobs, black-and-white, resolving to geologic features on the surface so now we can actually do science.”

Randy Gladstone, a scientist at the Southwest Research Institute’s in San Antonio and a co-investigator on the New Horizon's mission, says Pluto is literally coming into focus. “There seems to be a lot of frost on the surface, which we already inspected, but it seems to be moving around quite a bit so it seems like a very dynamic place.”

In addition, says Gladstone, New Horizons is revealing multi-ring craters on Pluto and on its large moon, Sharon — craters that are possibly similar to craters we can see on our moon.  The new detailed view of Pluto will get even sharper as the New Horizons spacecraft flies in to its closest point to Pluto. It’s expected to be a bit chaotic on Tuesday as hundreds of scientists have gathered to monitor the incoming images and signals at NASA’s New Horizons control center in Maryland.

The spacecraft will collect data as it approaches Pluto, then will fly past. “We’re not stopping there, but we’re flying very, very quickly [around 31,000 mph] — getting as close as we’re going to get at noon UTC [8 a.m. ET Tuesday], and after that we just keep going. But we get all our best data when we are closest, when we get a very high resolution look at the surface.”

After travelling billions of miles, Gladstone says it will be like having Pluto right in front of your face.

All of which explains why Gladstone doesn’t expect to get much sleep in coming days.