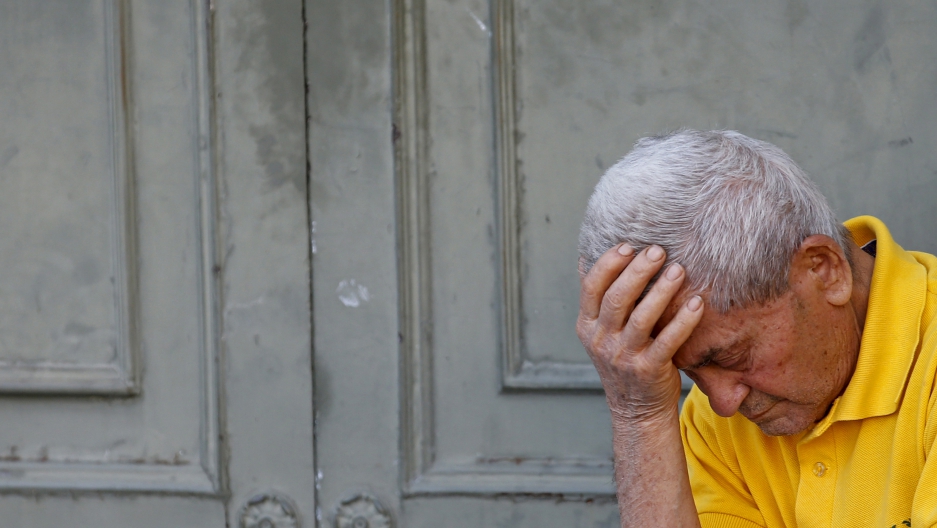 A pensioner waits in front of the main entrance of a National Bank branch to receive part of his pension in central Athens, Greece July 9, 2015.

To understand Greece’s debt crisis you need some context for how things got so bad for Greece.

How did Greece get to this point?

Greece was punched square in the mouth by the 2008 financial crisis, and by October 2009 the country admitted that it hadn’t been upfront with the international community on exactly how much debt it was in. Hint: It was A LOT.

Nobody Wanted to Loan Greece Money.

Since no one saw Greece as trustworthy because it lied about their debt, it was essentially cut off from investments and large financial loans (aka no money was coming into Greece), which led it to the verge of bankruptcy in 2010.

The result? The first of two giant bailouts from the International Monetary Fund, European Commission, and European Central Bank (a.k.a., the troika) coming in hot at $240 billion. The catch was that Greece now had to severely cut government spending and raise taxes (the combination is known as austerity), undergo serious reforms to make the economy more efficient and stable, and clamp down on tax evasion among its citizens (apparently a lot of Greeks avoid paying taxes). 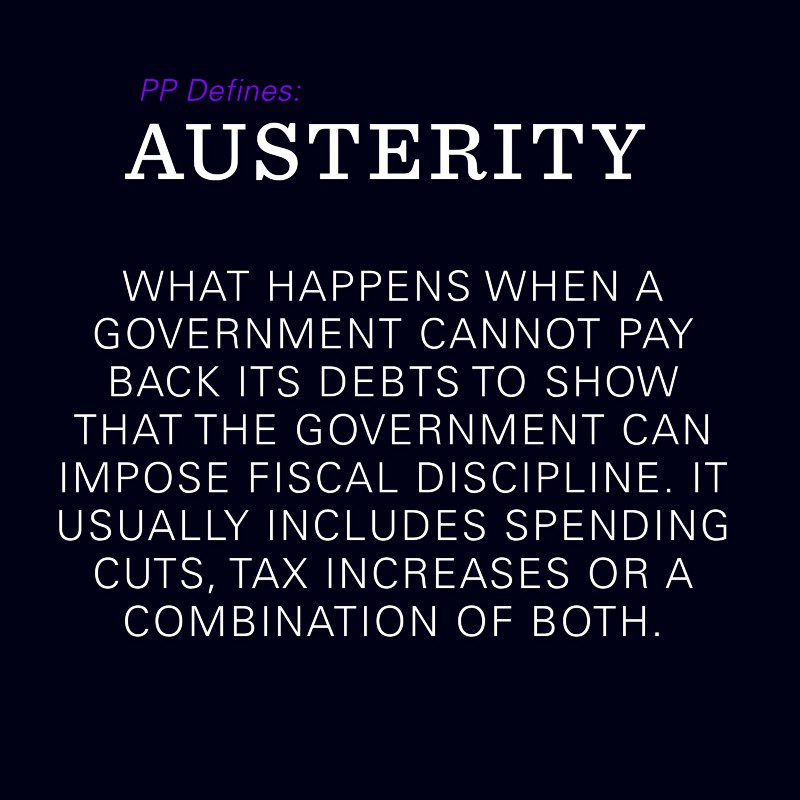 Greece has A LOT of debt

Back in 2013, Greece owed $138 billion in debt which it couldn’t pay, so its friends in the European Union came to the rescue to help bail out the country. On top of that, Greece owes $1.4 billion that it doesn’t look like Greece can pay.

If Greece can’t get money from its friends, we could witness the biggest default on loans of any country ever.

Really quick, what “defaulting on a loan” means:

The equivalent of a country going bankrupt is “defaulting.” When a country borrows more than it can pay back, and then stops paying its loans, they are defaulting. The difference is if you went bankrupt, the bank would come and seize all of your assets including probably your house to make up for the money you owe. But with a country we’re dealing with huge sums of money, and the people it owes the money to can’t just come in and seize Greece’s house. So the country has to find another way to pay back the money.

Who exactly does Greece owe this money to?

The biggest contributor to Greece’s bailout has been Germany (who’s economy is killin’ it right now) which has given $61 billion in aid to Greece. But Greece owes billions to other institutions as well. Greece needs to pay approximately $29 billion to the European Central Bank and another $35 billion to the International Monetary Fund (IMF). The deadlines for paying back these debts are approaching fast, and chances of Greece defaulting are extremely high.

The problem is that the massive bailout didn’t fix the problem, it just prolonged it. All of that bailout money went to plugging the giant debt hole Greece dug for itself, but did nothing to make Greece’s terrible economy any better.

So imagine Greece is a ship and it’s economy is a horrible captain of that ship. The captain is just terrible and making terrible decisions that lead to a leak in the ship, allowing water to gush in. The bailout would’ve gone to plug the hole to keep the ship from sinking. But that doesn’t make the captain any better, so the captain will continue to suck and maybe steer the ship into another leaky-situation. That’s why the bailout didn’t really fix Greece’s problems. It helped plug some of the hole, but did nothing to make the captain any better.

Greece is actually worse off now. It’s economy has shrunk by a quarter since the bailout, and 25 percent of the population is unemployed.

So who’s fault is it that Greece’s economy is in #StruggleCity?

Many blame the European Union (specifically Germany) because it has insisted on Greece imposing the tough austerity measures.

This is why Greek Prime Minister Alexis Tsipras wants a better deal than the one offered, which includes more austerity measures. He rejected the terms of the bailout deal recently offered to Greece in the hopes a better one might be put forth that Greeks are more pumped about.

On the other side, the EU and countries like Germany and France are saying that they honored their side of the deal. They helped bail out Greece in 2010 and now these countries insist that Greece has to uphold its own end of the deal, which it hasn't done. They cite Greece's default on its IMF loan at the end of June, further damaging Greek international credit.

Deal or no deal?

Although Greece is not in the best position going into negotiations, it is looking for a better deal that reduces or eliminates austerity measures or there’s no deal. No deal might mean Greece leaving the EU, which means Greece would stop using the euro as its currency.

How does the euro work?

Greece uses the euro as its currency. So do 18 other countries. So the value of the Euro is affected by all of those country’s economies. That’s a problem when you have some countries really bringing all of the rest down (cough, Greece, cough).

But having a weak currency can be good in some ways depending, on if your country is more export or import led.

How can having weak currency be good?

So if you’re China, you export a TON of goods (I mean how many of your products say “made in China” on them?) so you are mostly an export economy. In that case, you want your currency to be lower because then other countries buying your goods can get more for their money and will wants to buy your stuff.

On the flip side, if your country imports most of its goods, then you want your currency to be on the stronger side because you get more bang for your buck.

If Greece leaves the Euro and goes back to its old currency, the drachma, its currency will be devalued by a lot. But some think that might actually help Greece out economically.

If the Greek drachma is weaker it’ll be way cheaper for tourists to vacation in Greece so its tourism industry would see a boom. Any exports from the country would probably pick up because weaker currency = more exports.

This article is the first of a two-part explainer series first published by Purple Politics, a political engagement platform dedicated to informing millennials by explaining what's going on in the world in a simple, clear, unbiased way.