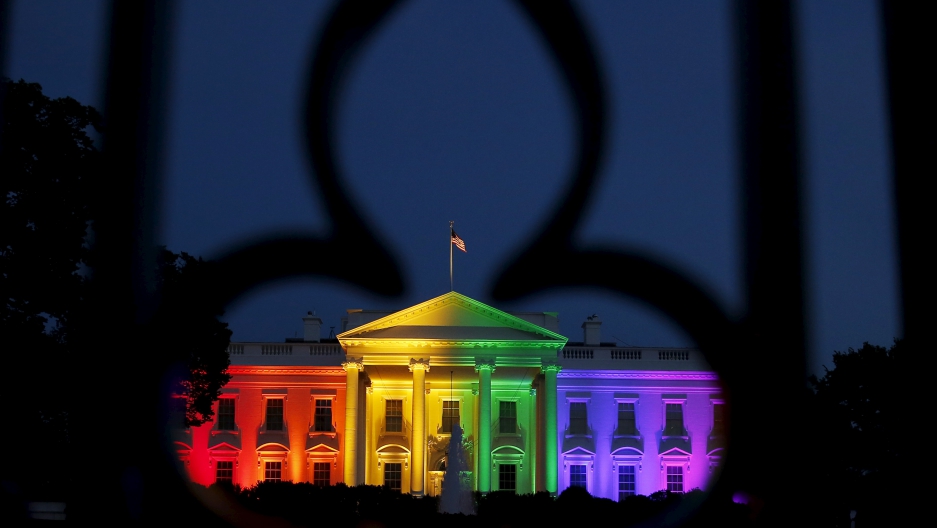 Leave the rainbow lights on.

Ever since the US Supreme Court legalized gay marriage throughout America, Nigerians fear that Washington will move more aggressively for gay rights worldwide.

So what, you ask? "That's all part of the paranoia that is being birthed from the legalization of same-sex marriage in America," Nwaubani says, adding that there's "no evidence" gay rights is on the agenda of President Muhammadu Buhari's visit with Obama.

Again, why is this a big deal? It's hard to explain, she says, how terrified Nigerians are of homosexuality, which carries a 14-year prison sentence in Nigeria. Less than two years ago, former Nigerian President Goodluck Jonathan signed legislation outlawing displays of affection between gay couples. And now, it's even harder to be "out" in Nigeria. A poll in June showed 90 percent of respondents said Nigeria would be better off without gays and lesbians.

Nwaubani describes a renewed antagonism toward homosexuality, and says to be gay there now is to be "endangered."

She paused when asked whether she had gay friends in Nigeria. "It's not like the United States where people come out openly," she says. "You know people who are allegedly gay, but not many who say they're openly gay."

Hate and anger, Nwaubani says, cloud many discussions of homosexuality in Nigeria. She says the country needs more honest, open discussion of gay issues instead of finger-pointing and accusations.

"Usually when you have people speaking to the homophobes, it's telling them off for being primitive, telling them off for not being up-to-date with the times without appreciating that these people didn't just wake up and decide to hate homosexuals," she says. "There are genuine beliefs that feed those attitudes."

Nwaubani hopes for "an evolution of thought and ideas" on gay rights in the sub-Saharan in the years to come. "Both sides need to listen to one another," she adds. "That is what I want to see more of."