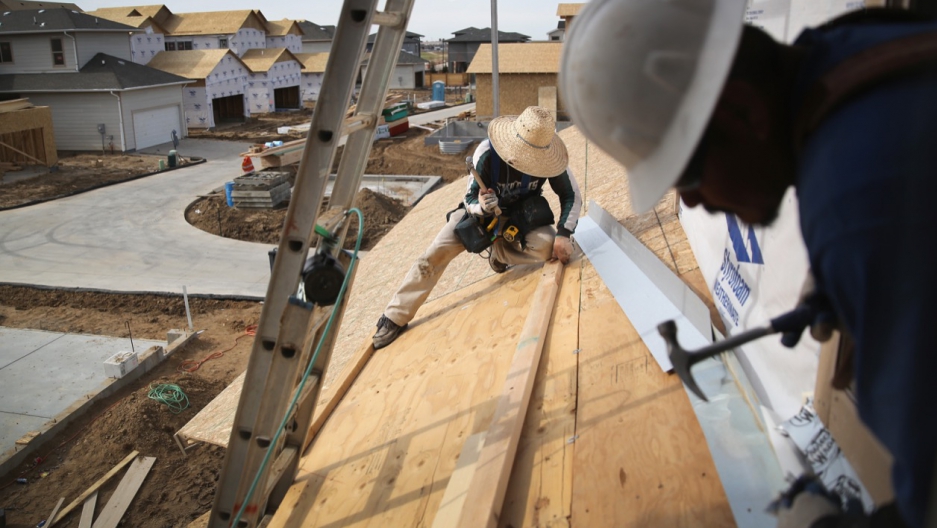 MEXICO CITY — While Donald Trump caused an uproar by calling Mexican migrants criminals and even “rapists,” many here see them as heroes.

Mexicans working in the United States these days are sending lots of money back to Mexico. The dollars provide a lifeline for millions of poor families, often enabling them to buy basic food, medicine or school books.

In the first three months of 2015, migrants sent home $5.7 billion. That’s 5 percent more than during the same period last year, and up 17 percent compared to the first quarter of 2013.

They send the money via transfer services like Western Union. The Bank of Mexico keeps a tally of this vital cash inflow, known as remittances, and it's noticed a steady uptick.

At this point, remittances to Mexico have almost rebounded to their pre-Great Recession level.

With low oil prices, remittances now give Mexico even more foreign currency than it makes selling oil abroad. From January through May, state fuel monopoly Pemex exported $8.6 billion worth of petroleum. Compare that to the almost $10 billion Mexicans got from their relatives and friends working abroad.

It's not as though Latin America's second largest nation is running solely on this kind of cash. Remittances make up less than 3 percent of Mexico’s total trillion dollar economy. But in some poor villages, in states like Hidalgo and Oaxaca, migrants' money actually provides the main source of income.

While Mexican immigrants also send money home from Canada and Europe, the vast majority comes from the US, often referred to here as “El Norte” — “the North.”

There are about 11 million Mexicans living there, about half with papers. Many labor on farms, construction sites and in restaurants while others work in professional jobs or own businesses.

Remittances to Mexico reached a peak back in 2007, when Mexican migrants sent home $25.8 billion over the year. But then they fell sharply as the US economy tanked, especially hitting the construction sector. The US government also stepped up deportations of Mexicans to record numbers.

Now with a gradual US economic rebound, the money seems to be flowing again.