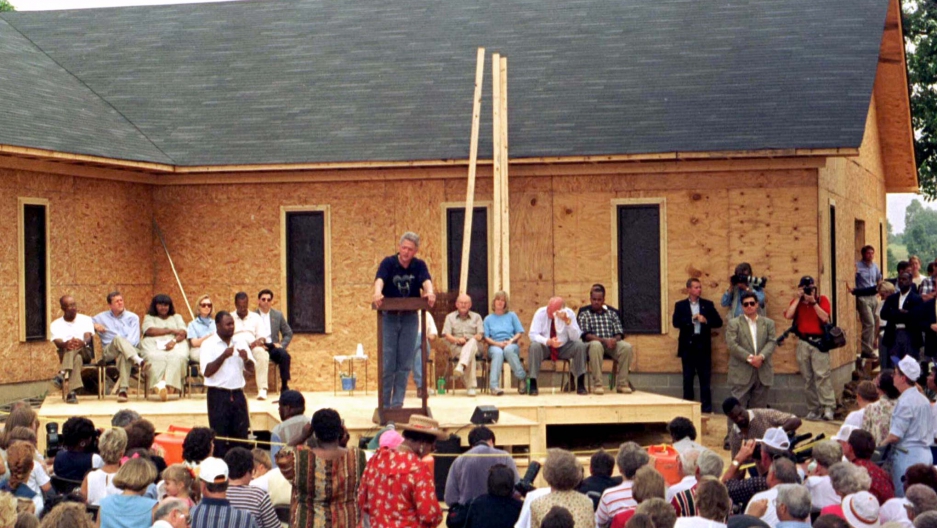 Former US President Bill Clinton spoke to church members outside the Salem Baptist Church in rural Tennessee in 1996. Clinton visited the rededication of the church after it was destroyed by arson in 1995.

Who Is Burning Black Churches? This week's hashtag is, unfortunately, not asking a new question.

I woke up in 2015. From the looks of it I'll be going to sleep in 1963. #WhoIsBurningBlackChurches #BlackChurchesBurning

But it was long past the 1960s when KKK members torched the same Mount Zion. The church was among 145 black churches burned from 1995 to 1996, in a wave of arson attacks that prompted Congress to pass the Church Arson Prevention Act. The measure increased the sentence for arson at a house of worship to a maxiumum of 20 years, and then-President Bill Clinton's created the National Church Arson Task Force.

We looked at the Church Arson Task Force 2000 Report to see when and where the fires were set. We mapped out every instance of arson at a predominantly black church investigated by the task force between 1995 and 1996:

At its height in 1995-96, arson occurred once about every five days at an African-American church. The number of church arsons fell 82 percent from 1980 to 2002, according to the National Fire Protection Association.

Authorities are still investigating most of the seven recent fires in the South, of which at least three have been ruled as arson. Here's where those fires occurred.