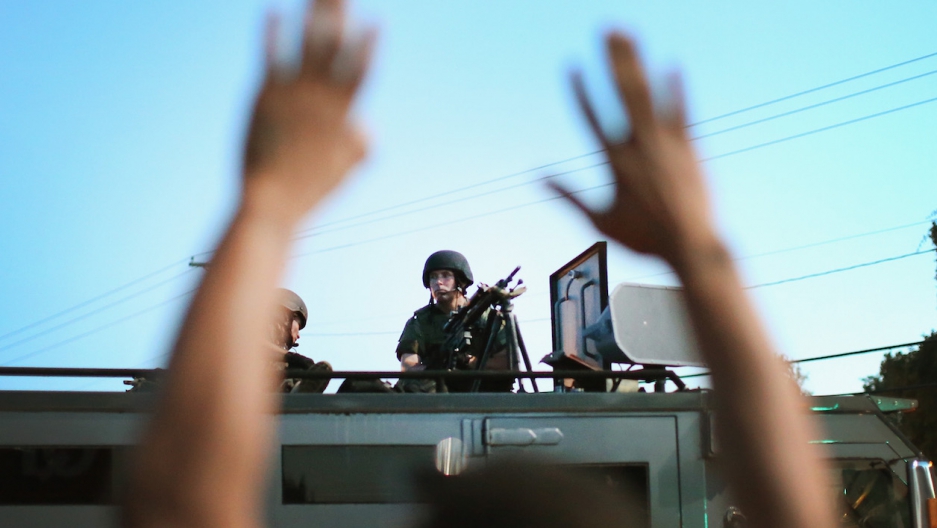 CAIRO, Egypt — Over the last 12 months — the first year of President Abdel Fattah el-Sisi’s rule — the Egyptian police have been responsible for 272 deaths, according to a Cairo-based NGO.

Egypt’s military government has been engaged in a crackdown on political opponents since it toppled Islamist president Mohamed Morsi in July 2013 in a military coup that was backed by protests. Thousands are currently behind bars. Morsi was Egypt's first democratically elected president, who held power for just one year following the Arab Spring overthrow of longtime dictator Hosni Mubarak.

The deaths include those that occurred in custody as well as killings during confrontations on the street, the Nadeem Center for the Rehabilitation of Victims of Violence found. The Egyptian police aren’t alone, however, nor are they necessarily the worst offenders.

In just the first three months of 2015, for example, US police killed 288 Americans. As of June 29 the count is up to 545, according to a database maintained by the Guardian.

The population of the United States is roughly four times that of Egypt’s. But if the second half of 2015 produces the same number of police killings in the US as the first, the total deaths will be four times greater than the rate of Egypt's over the past year.  This means that per capita, the number of people killed by police in the US (1 for every 292,000 people) is comparable to Egypt (1 for every 294,000 people).

Many hundreds of Egyptians were killed by police and the military in 2013 — in one case, nearly 1,000 in one day. But the Nadeem center says this past year has been the worst for human rights violations since the organization’s founding in 1993 — in other words, worse than during 18 repressive years under Hosni Mubarak due to the sheer number of incidents.

In the past year, the report also documents 289 instances of torture — including electrocution, suspension by the feet for extended periods and submergences in cold or hot water — 16 sexual assaults, and 97 instances of medical negligence by police.

In the United States, the last year has been marked by several high profile incidents of police brutality in which videos of police killing Americans in custody went viral. A disproportionate number of those killed have been Americans of color, sparking protests and conversations about race and violence in the American mainstream the likes of which the country hasn’t seen in decades.

It remains to be seen what effect pressure both from grassroots groups in the US and NGOs in Egypt will have on police forces. Meanwhile, the body counts keep rising.

More from GlobalPost: American police kill civilians at a shocking rate compared to other developed countries