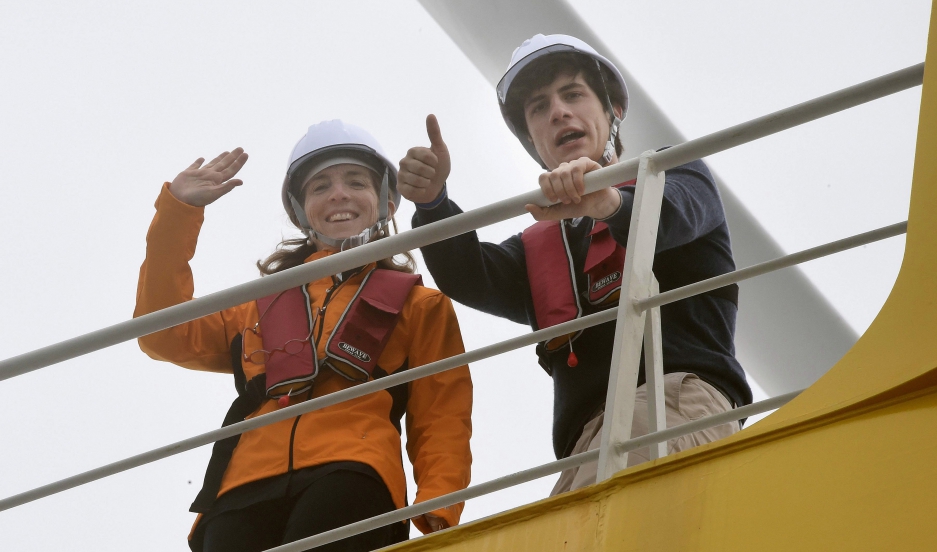 Last May, US Ambassador to Japan Caroline Kennedy and her son Jack visited the offshore wind turbine in Fukushima. 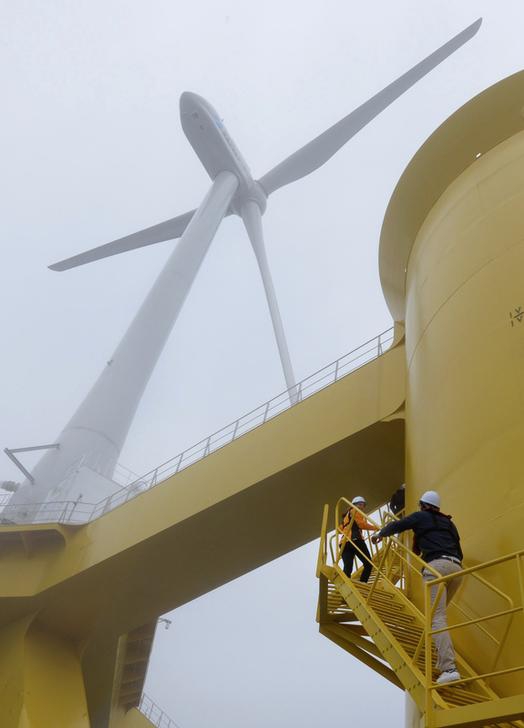 Eventually, the combined output from the three offshore turbines is expected to reach 14 megawatts.

Four years after the worst nuclear accident since Chernobyl, Japan has revealed the world’s largest and most powerful offshore turbine.

The floating turbine is a mere 12 miles from the site of the destroyed Fukushima Daiichi nuclear plant, which melted down in 2011 after a deadly tsunami flooded the plant’s cooling pumps.

Since the disaster, Japan has been skittish when it comes to nuclear energy. This new  turbine will generate up to seven megawatts of electricity, aided by strong winds that may have otherwise been blocked by the country’s mountainous terrain.

Unfortunately, the 14-megawatt combined output from these turbines is dwarfed by the 4,696 megawatts of electricity the Fukushima Daiichi plant used to produce before it was destroyed.