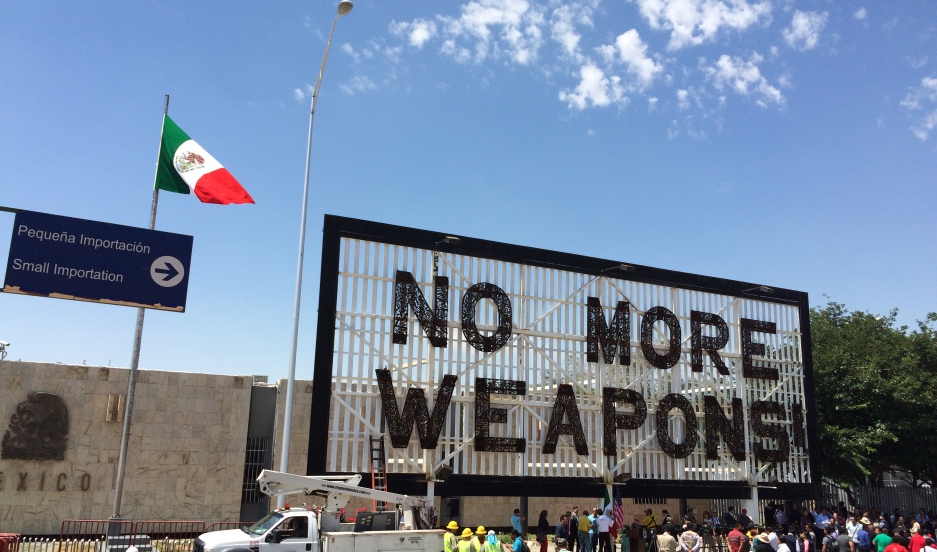 Former Mexican President Felipe Calderon erected this 'No More Weapons' sign in 2012 at the foot of the Bridge of the Americas in Ciudad Juárez.

Crews in the Mexican border city of Ciudad Juárez have begun dismantling a sign reading “No More Weapons!” — hoping to attract tourists to what was once known as the deadliest city in the world.

Five years ago there were over 3,000 homicides in Juárez — or about eight murders a day — according to figures released by the Chihuahua State Attorney General’s Office. Today that number is much lower, and city officials are hoping that tearing down the three-ton sign will help remove some of the city’s bad reputation.

The sign is made out of weapons confiscated by the Mexican army and faces the United States, which some see as aggressive.

The sign is made of pieces of confiscated firearms and weighs three tons. The U.S. is the main supplier of illegal weapons to Mexico.

That's because when it was built three years ago, then-Mexican President Felipe Calderón blamed lax US gun control policies for the influx of weapons to Mexico.

“It was a strange and difficult way to carry out Mexican diplomacy during the most difficult moments that Juárez lived,” said Enrique Serrano, the mayor of Ciudad Juárez during a ceremony recognizing the first steps of the sign’s removal.

"The city has redone the outside of the buildings along the main strip into the downtown," she says. "There are bars, markets and restaurants...It's a great place to start if you want to go back to Juárez. 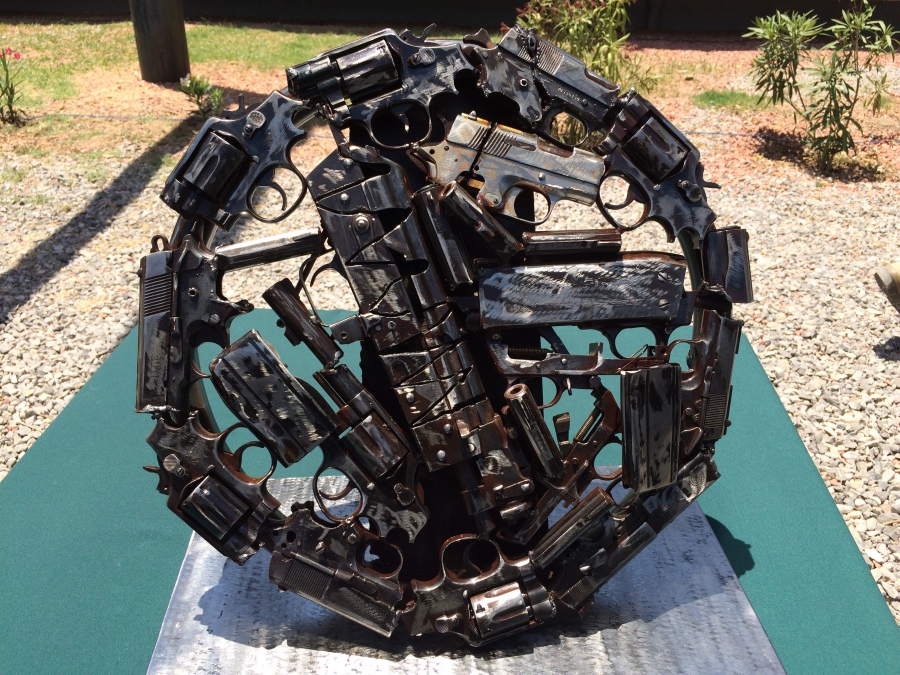 The U.S. Embassy in Juárez will retain a piece of the sign that once made up the dot below an exclamation point.

The sign is expected to be completely disassembled in the next few days.