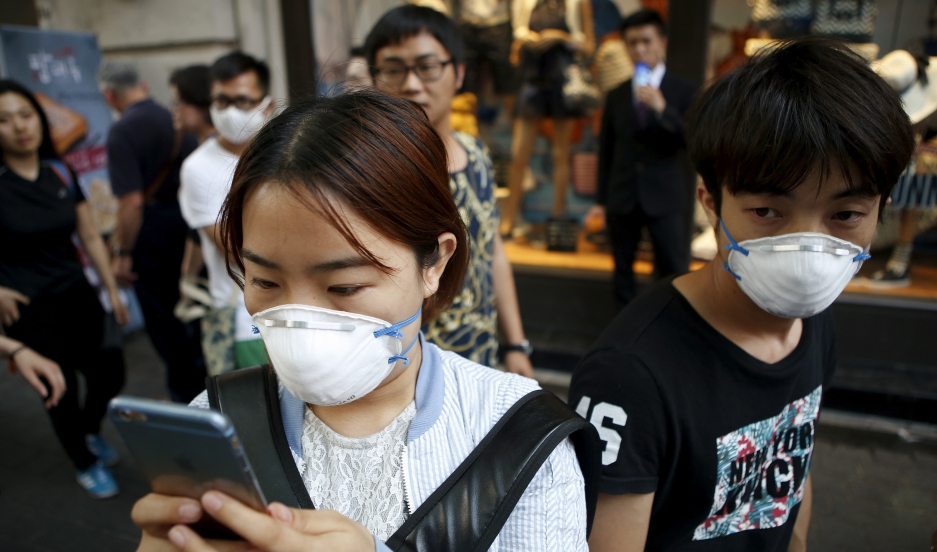 A South Korean woman wears a mask to prevent contracting Middle East Respiratory Syndrome (MERS). Five new cases were reported by the Health Ministry on Monday, taking the total to 150, the largest outbreak outside of Saudi Arabia. The ministry also said another patient infected with the MERS virus had become the 16th fatality.

There was a bit of good news in South Korea Monday, when thousands of schools re-opened after being shuttered amid fears of the deadly Middle East respiratory syndrome.

At the same time, though, new cases continue to be reported and a 16th person died.

The South Korean government has been scrambling to contain the outbreak, which has been linked to a single infected man returned home after visiting several Middle Eastern countries.  The first case of MERS was diagnosed in Saudi Arabia in 2012.  South Korea is already the largest outbreak outside of Saudi Arabia. In the meantime, people are avoiding going to theaters, restaurants, shopping malls and other places where mass crowds congregate.

On Monday, government officials blamed the "hospital culture" for the disease's wide spread.

He says the man, known as "patient zero," went to four different hospitals before he was diagnosed.

Another victim of the outbreak has been the country's lucrative tourist industry.

"Already 110,000 people have cancelled their trips to South Korea. Tourism officials here say that if this trend continues by the end of the summer, they'll be out close to a billion dollars in revenue from these cancelled trips," Strother says.