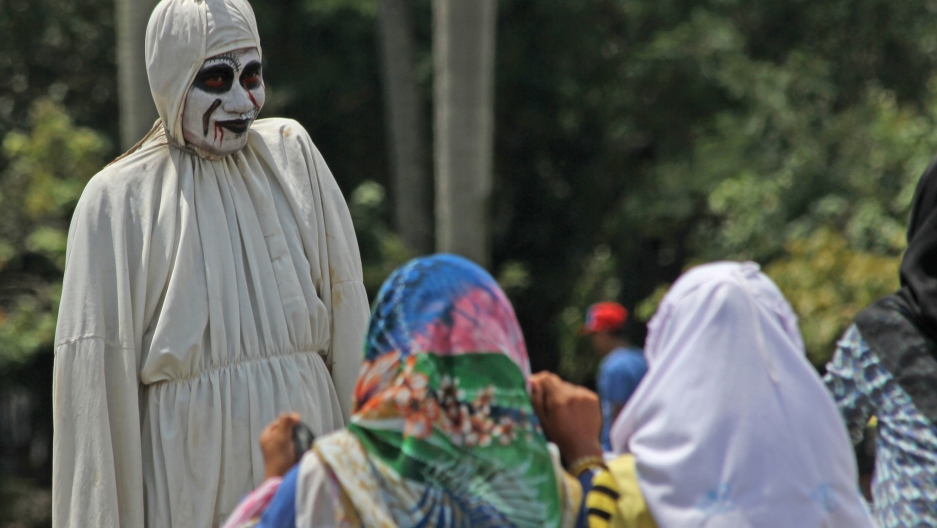 JAKARTA and YOGYAKARTA, Indonesia — In a country where abortion is illegal and talking about reproductive health is taboo, women are terminating their pregnancies in unsafe ways, often getting hurt and sometimes dying as a result.

The Guttmacher Institute estimates that abortion is about 20 percent more prevalent in Indonesia than in Southeast Asia as a whole. Three out of every thousand Indonesian women between the ages of 15 and 44 are hospitalized each year due to complications from botched abortions. While a small group of activists has lobbied to reverse the Dutch colonial restrictions on abortion that are still on the books, popular opinion in this predominantly Muslim country has opposed reform.

Gama Triono, the 34-year-old executive director of Indonesia’s Planned Parenthood Association (IPPA) in Yogyakarta, started working for the NGO in 2005. IPPA provides counseling services for women who need abortions, many of whom visit underground clinics.

“This is an effort to provide services to youth and women who are oppressed because of policies that are not in their favor,” Triono said.

Women who survive unsafe abortions are hospitalized with injuries that range from severe bleeding, infection and poisoning to abdominal injuries and uterine perforation. Methods include traditional herbal remedies, stomach massages and insertion of foreign objects into women’s bodies.

The World Health Organization estimates that unsafe abortion “accounts for 16 percent of maternal deaths” in Southeast Asian countries “that have highly restrictive abortion laws,” including Indonesia.

Triono said he believes that as a Muslim, his faith calls him to help women who become pregnant and are not ready or able to carry the baby to term.

“I am a Muslim and I feel that the work I do is part of worshipping my God,” Triono said. “I feel that what I do is in line with the values of my religion, especially about resistance of suppression of the powerless community.”

Triono said he was “born and raised in an environment that is very patriarchal.” He claims this environment taught him that women have a “greater strength than men.” However, Triono continued, he believes women are too often oppressed in Indonesian society and that fighting such oppression is a part of Islam.

“Islam is a grace that gives peace and happiness for every human being,” Triono said.

Professor Irwan Hidayana, senior researcher at the Center for Gender and Sexuality Studies at the University of Indonesia, said some Muslims see abortion as okay “up to 40 days” into the pregnancy. He noted that there is no Islamic law specifically condemning abortion.

Hidayana is currently working on a program that would bring comprehensive sexuality education (CSE) to schools across the country. He argues that Muslim leaders need to play a role in removing the stigma around contraceptives and family planning in Indonesian society.

“Without the support of ulama (Islamic religious leaders), I don’t think family planning will be easily accepted,” he said.

“Sex education is debatable for some people (who) perceive that children shouldn’t know about sexuality,” Hidayana continued. “But the problem is more about the reluctance of the family, schools and policy makers to talk openly about sexuality. Parents and teachers often do not know how to talk about sexuality to children and students.”

And then there are women who just don’t know enough because they have no access to education on sexual health and safety. United Nations statistics report that young women under the age of 25 account for nearly half of abortion-related deaths.

Currently, sexual education in Indonesia is taught only within other classes, such as biology.

“In Indonesian high school curriculum, sexual (reproductive) health materials are only inserted in some subjects. For example, in the subjects of religion, sport and physical education and usually in the biology class,” said Hidayana. “So our program is trying to figure out how to give the sexual education in a more comprehensive way.”

“Remember, sex is only for the married people,” he said, referring to the mindset of the current curriculum. “CSE is also one of the efforts to prevent sexual violence among children and young people.”

According to Hidayana, 20 to 30 percent of young people ages 15-24 are already having premarital sex. He estimates one third of the abortion cases in Indonesia are from women ages 10 to 40.

Perhaps counterintuitively, the Family Planning Association of Indonesia (PKBI) reports that the women most likely to have abortions are married.

“Married women are having more abortions even though the parliament says that young people are having them,” said Yayasan Kesehatan Perempuan, founder of the Jakarta-based Women’s Health Foundation. “Men are powerful and women are very weak so it is not easy for common women to ask their husband to use a condom. It’s not easy because they don’t have bargaining with their husband.”

The common denominator among women with unwanted pregnancies — young or old, married or unmarried — is a lack of knowledge about who they can turn to for help.

Organizations and schools in Jakarta and Yogyakarta, such as the University of Indonesia where Hidayana works, are working to integrate sexual education into the daily lives of women.

Meanwhile, IPPA has programs for youth communities, such as seminars and meetings. They offer counseling and other networks ready to support women.

“For me this work is important to me because I can give something for myself and others,” said IPPA’s Triono. “There are still a lot of sexuality and gender-based oppressions occurring in Indonesian society.”