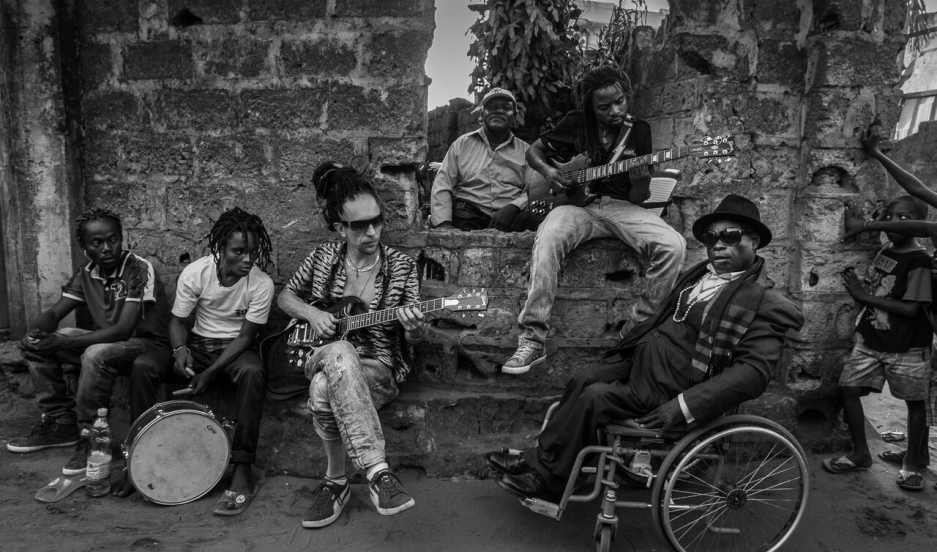 The music from the Congolese band Mbongwana Star sounds like nothing else.

It's like the band was abducted from Congo by aliens and spirited off to Mars to make music. The metaphor is fitting, it turns out.

Mbongwana Star's producer, Irish-born Liam Farrell, says "the name of the album was originally From Kinshasa to the Moon."

But the music wasn't contrived or pre-meditated. "It just happened, it's an accident. ... We met, we got on. I had a vision with the guys I was working with and they followed that vision."  It was an exchange of ideas.

Their vision wasn't necessarily traditional Congolese music, think soukous or afro-mambo, but it was something else. Théo Nzonza Nsutuvuidi used to be with the group Staff Benda Bilili — made up of players who were once homeless on the streets of Kinshasa.

Their sound was a percussive deconstruction of classic Congolese mambo. But no matter how you make it, mambo still sounds like mambo, with that 2-3 rhythm.

Théo says Mbongwana Star has let him change and grow. And as Farrell adds, their music is giving "oxygen to this world."