Getting groceries in Accra can be an ordeal. The best deals are in the heart of the city, in a maze of markets so cramped you have to walk through single file. It's hot and noisy, you’re trying not to get ripped off, while buying food in bulk to save money.

Before long, you’re loaded down with more boxes and bags than you can carry. Then, just when you’ve reached your wits end, a girl shows up and offers to carry it all for you. She’s a kayayo, a “carry-girl." 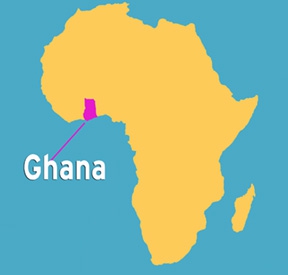 Kayayei (the plural of the word) are all around the market district and they carry everything from groceries to huge lengths of lumber. It’s hard, sometimes dangerous work, but there are more girls doing it than ever before. More than a million girls are working in markets around Ghana at any given time, according to the Kayayo Youth Association in Accra.

The girls go to work in big cities for short periods, sometimes to support families back home or to save up for a wedding. But the most frequent reason? "I came here for little money to go and apply for school," says 20-year-old kayayo Salome Solomon.

Solomon wants to go to nursing school, which costs the equivalent of $500. She was the first person in her family to graduate from high school, and that was hard enough: high school also costs money in Ghana.

Over the past decade, government agencies and charities have spent millions of dollars to keep girls and women like Solomon at home, rather than coming here. Ghana is one of the few African countries to have as many girls in school as boys. Despite these gains, girls still drop out at a much higher rate than boys, and the number of girls who actually graduate from high school hasn’t improved much over the years. High unemployment and few opportunities for training mean girls have fewer options as they get older. 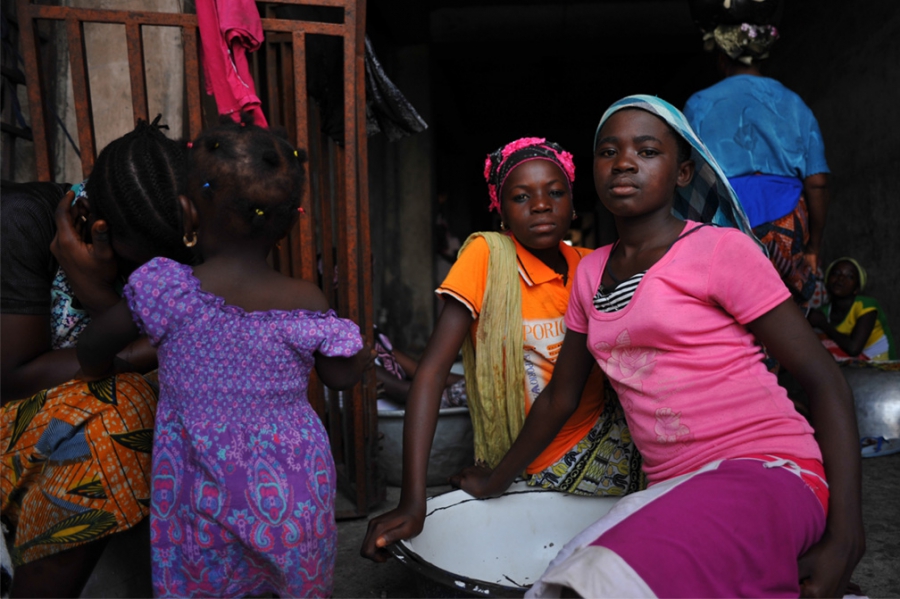 Aisha Yakubu and Sahada AlHassan wait for customers at Agbogbloshie vegetable market. Both girls work as kayayei in the markets of Accra, Ghana. Aisha and Sahada come from poor families and work to make money to help their families in northern Ghana and to buy clothes.

Not long ago, there were government grants to help poor high school graduates pay for nursing school and teacher training, but those grants disappeared. Budget cuts. There was a multi-million dollar youth employment program, but it collapsed when civil servants stole tens of millions of dollars from the budget.

“The problem is getting worse,” says Mohammed Salifu, who has been working with kayayei for more than two decades. "It became a business, because today, Ghana is hard.” Climate change in northern Ghana, where agriculture dominates the economy, has left farmers struggling to produce enough maize, yam and peanuts. Farmers are struggling to feed their families, and that drives more women to the cities to earn money. 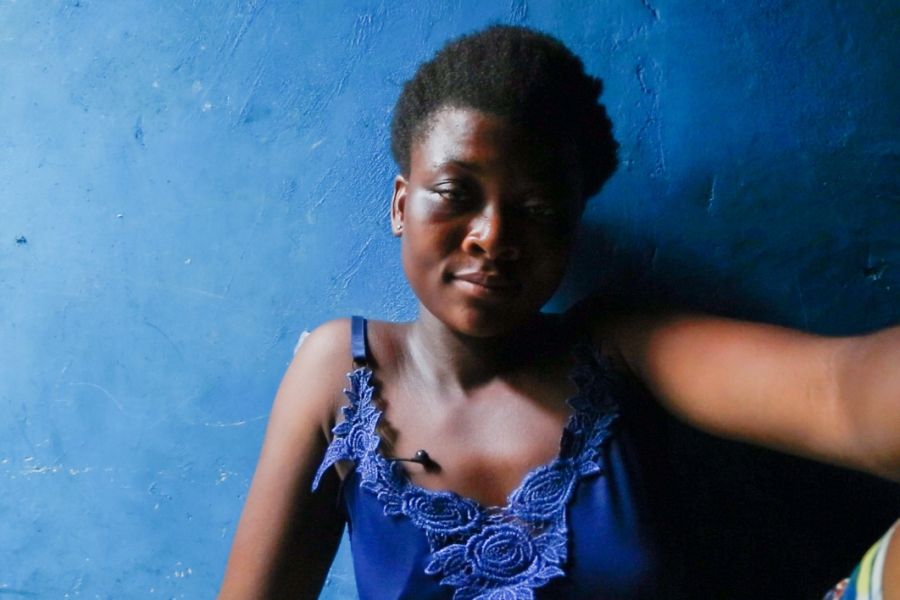 Salome Solomon sits in the room she shares with nine other girls in Accra's central market district. She works as a kayayo in the garment district and hopes to save up enough money to go to nursing school.

Solomon saw one brother after another forced to drop out once school fees got too high. But her brothers, at least, will inherit the family farm. As a woman, Solomon will get no property. So her mother worked hard to keep her in school, and the rest of the family came around, chipping in to pay her fees: "They’re very proud of me," she says.

Solomon beat the odds and graduated. But in northern Ghana, that’s no longer enough to get a job. She sat at home doing nothing for months, worried that her family had made a bad bet by putting her through school.

"All these things were heavy loads for me, that’s why I decided to come to Accra," she says. Solomon works every hour she can, shuttling between stalls and wholesalers in Accra's garment district amidst thousands of other girls, trying to save up enough in tips.

Get involved with Camfed Ghana

Camfed Ghana works to give Ghana's kayayo girls a safe and fulfilling secondary education. Get involved here. Camfed provides these girls and others with school fees, uniforms, shoes, textbooks, pencils, bags and more.

Many kayayei complain they are caught between one unfair situation — education — and another that’s grown around their presence here. They hear a constant stream of horror stories about rapes and robberies. So women such as 26-year-old Ayisha Iddrisu pay a premium to share rooms with other kayayei in safer parts of the market district.

They also face more run-of-the-mill dangers, such as being ripped off by customers. Ayisha remembers one man who hired her to carry more than 100 pounds of rice and then left without paying her. "He wanted to pay me one cedi (just over 20 cents). I asked him to give me two cedi. ... He got into his car and left. He didn’t even say anything to me. To be honest, I can’t forget about the money,” Ayisha says. “[On] Judgment Day, I’ll collect the money."

But it’s for that very family Iddrisu is here, working: For her, money translates into a degree that could help her support her family. She doesn’t want the rest of her family to end up like her in Accra. “That is why I’m struggling very hard to become somebody in future."