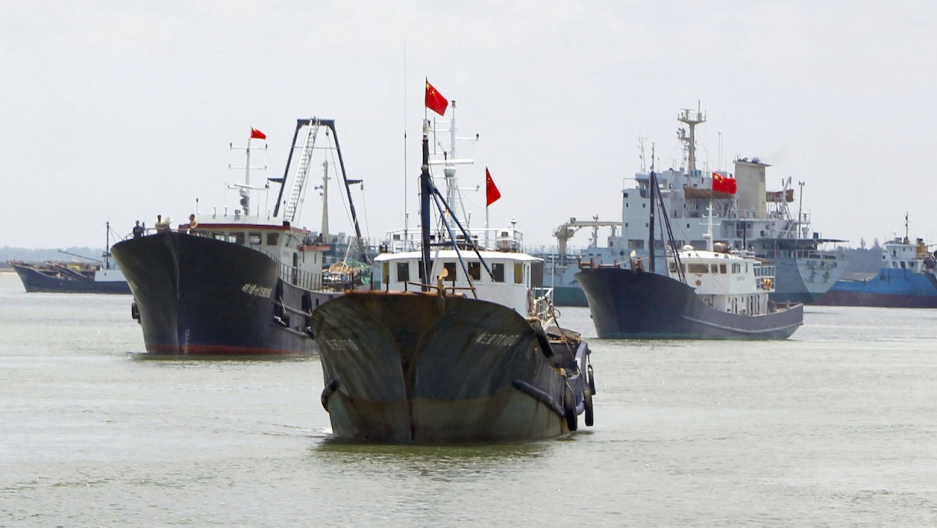 Vessels setting sail for the Spratly Islands, an archipelago disputed between China and other countries including Vietnam and the Philippines.
Credit: Stringer
Share

BANGKOK — As a tourist destination, the Spratly Islands are pretty bleak. Never mind posh resorts or seaside bars. The place hardly has any toilets.

But that won’t stop Vietnam’s government from launching a deluxe cruise liner into this abyss. For $800, passengers will soon venture to the remote rocks, which are little more than boring specks of land in an ocean wasteland.

This is essentially a cruise to nowhere. It can’t promise passage to Vietnam’s best beaches. Those are all located along Vietnam’s coastline.

What it offers is an opportunity to go on holiday and annoy China at the same time. The target audience: any Vietnamese people who A) love “wonderful reefs and sparkling colors” and B) despise Chinese government maneuvers to establish dominance over nearby seas.

The islands are located in the South China Sea, an expanse of turquoise waters that has become Asia’s most disputed turf.

China says it owns practically all of the sea. Five other nations, including Vietnam and the Philippines, claim parts of it as well. There is much at stake: vast fossil fuel reserves, crucial shipping lanes and national pride.

And yet the South China Sea’s sun-baked islands are barely habitable. China’s largest claimed island is about half the size of New York City’s Central Park. The next-largest island would fit inside Beijing’s Forbidden City.

Sustaining legitimate settlements on these tiny isles is extremely difficult. Some aren’t even visible at high tide. So Vietnam hopes to do the next best thing: keep tourists circulating through the area on swanky cruise ships.

But the provocative cruise strategy isn’t an original idea. Since 2013, China has been charging more than $1,000 for tickets for a trip to a remote outpost in the sea. That’s a 15-hour one-way boat ride to see a tiny island outpost called Sansha. The island is so underdeveloped that travelers can't stay on the island; they have to sleep on the boat.

But the South China Sea’s minuscule islands are slowly growing in size. According to the US, China has expanded its oceanic terrain by three square miles using land reclamation; Vietnam has done the same thing on a smaller scale.

Perhaps some day the islands will be built up enough to sustain a decent resort. But in the meantime, China and Vietnam are busy adding less-welcoming facilities — such as military airstrips, bunkers and what appear to be artillery emplacements.