Old and new houses sit side by side in the southern Turkish village of Kafro.

Kafro’s Pizzeria is a picturesque outdoor restaurant with a canopy of vines above it in the tiny village of Kafro in southeastern Turkey.

“We wanted to do something different — everywhere around here makes local dishes and meat really well, so we decided to make pizza,” explains Nail Demir, the restaurant's chef. Pizza isn’t a local delicacy — or at least it wasn’t — until the residents of Kafro returned from decades in Europe.

“We left in 1978 to Germany ... during that period there was no work here,” Nail says. He ended up in Stuttgart, Germany, where he grew up, got married and had three kids. Like his family, the other villagers trickled out in the 1970s, 80s and 90s thanks to a lack of economic opportunity and an ongoing violent struggle between Kurdish separatists and Turkish forces. The residents of Kafro were caught in the crossfire. 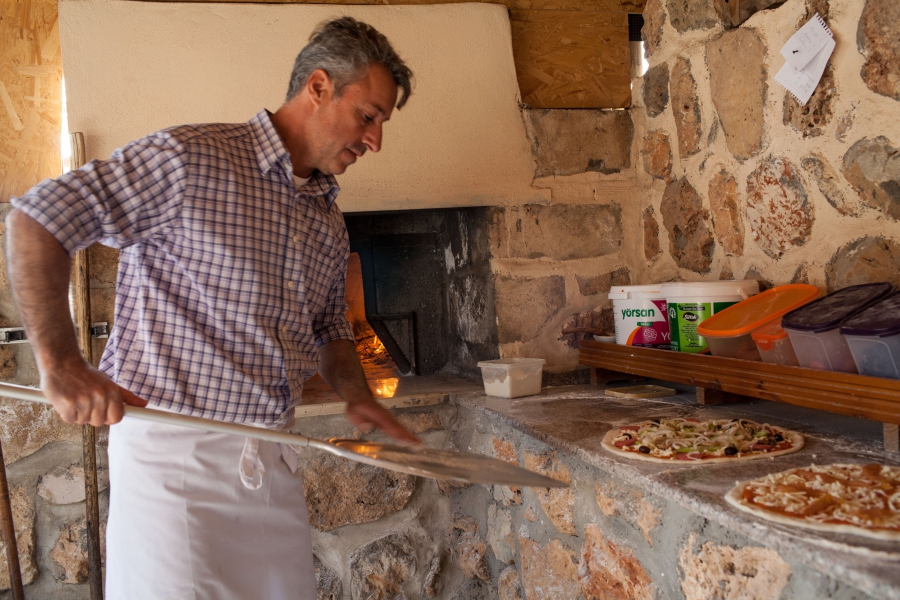 Nail Demir makes pizza in his ancestral village of Kafro in southern Turkey. Pizza isn’t a local delicacy – or at least it wasn’t – until Demir and others returned after decades in Europe.

Nail’s friend, Saliba Alptekin, stuck around Kafro for a while longer, but eventually he and his family ended up in Zurich, Switzerland. “The fighting was pretty severe in this region — you were forced to take sides, or to leave, so we left, like everyone else.” The village completely emptied out, Saliba says, because the villagers of Kafro, Saliba and Nail included, aren’t Kurdish or Turkish. They’re Syriac, an early Christian population that traces its history to Mesopotamia, in present-day Iraq.

Saliba spent more than 23 years in Zurich, where he trained as a chef and ran an Italian restaurant. He taught his friend Nail how to make authentic, brick-oven Italian pizza.

The fighting died down about 15 years ago, and people started to come back. Nail and Saliba say their homes were more like shells of houses, covered by weeds and grass. The church where their ancestors are buried had been vandalized.

Broken-hearted, Saliba says, “this is a building that’s been standing for 1500, 1600 years. Can you imagine what must have happened in the 12 years [we were gone]?” But, he says, what’s done is done. He and Nail are thankful for the life they’ve had and the life they have been able to give their kids. Now, they’re just glad they can come back and rebuild.

In today’s Kafro, the old, decrepit houses are a reminder of the past, while a new planned community sits at the entrance to the village: a couple dozen almost-identical villas made of the same yellow stone as their previous versions, but they’re a lot bigger. 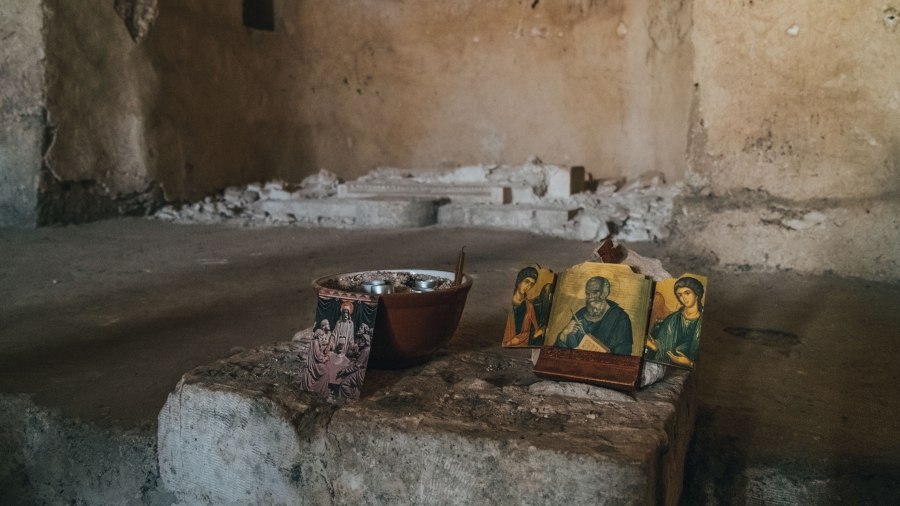 Kafro's Syriac church was destroyed during decades of conflict in southern Turkey between Kurdish separatists and the Turkish government.

“To reorganize and rebuild our lives here hasn't been easy,” Saliba reflects. “People didn't really understand why we were coming back to the village. We were getting followed by intelligence officers and people kept asking what we were doing.” But for him and his fellow returnees, it was worth it to come back and rebuild their homeland and culture.

That culture is deeply rooted in Syriac Christianity. Syriacs speak Aramaic — similar to the language scholars say Jesus spoke. But with a generation of kids born and raised abroad, Kafro is developing a new culture too — one that wears European clothing, eats brick-oven pizza, and, along with Aramaic, speaks English or German. Like Nail’s daughter, 23-year-old Schmuni. She was born and raised in Stuttgart and came to Kafro with her dad when she was 15.

In her German-accented Turkish, Schmuni admits that the first year was pretty tough — compared with bustling life in Germany. “Here [in Kafro] there’s really nothing!” But she has since gotten used to living in a place surrounded by nothing but mountains and fields. “I really enjoy life here,” she says with a smile. She really likes helping her dad with the pizzeria. “It’s super!”

In the summer, the pizzeria gets really crowded with relatives and friends visiting from Europe. The rebirth of the village gives them a reason to come back, and the pizzeria gives them a place to hang out. People from nearby towns also come by for a taste of something different.

Schmuni says everyone who visits the village loves her dad’s pizza. But it’s not just about pizza. Kafro’s Pizzeria shows the journey of Kafro’s people: their migration and return, their ancient culture with new influences. The hope is that with this new multicultural edge, the people of Kafro will only keep thriving like they did abroad. 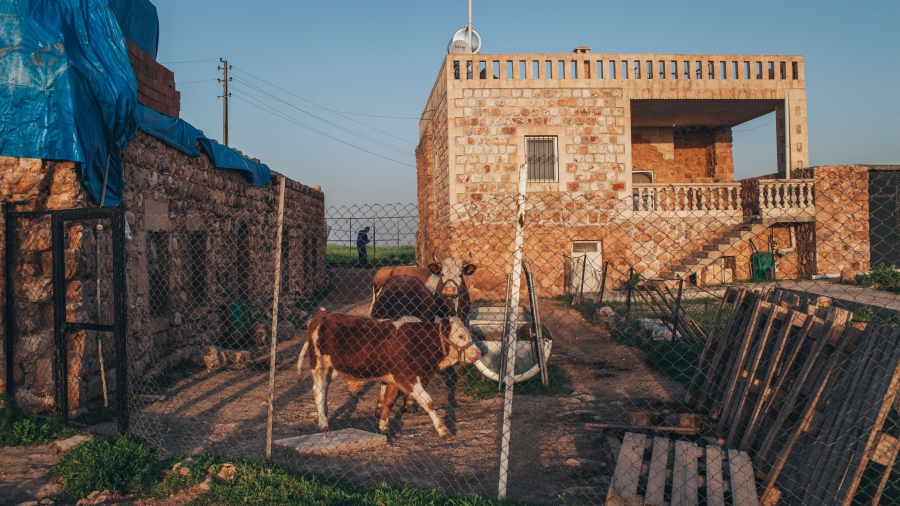 Life in Kafro is now a mix of old and new as families mix their traditional ways of life with the European ways they adopted during decades of exile.