A woman in hiding at a shelter in Managua, Nicaragua.

Whether you call it “domestic violence,” “partner violence” or “intimate partner violence” there is one key reality: It’s everywhere. Every country and every culture. Every faith. Every education and economic level. Old and young. Men and women.

Of the 115 countries for which we aggregated the most recent data, the lowest prevalence rate is 5 percent. But 80 of these countries (just over two-thirds of them) have a rate at or above 20 percent. That means that, in many countries, at least one in five women have experienced violence at the hand of their partner.

Each individual experience of this violence is intensely personal. But when we pull back the lens and look at the bigger picture we can see how much we share across our national and cultural differences – whether it is from a personal story or how this violence affects society.

This story was produced by Orb, a nonprofit media company that is fusing massive data analysis with crowd-sourcing and professional reporting. Visit Orb's original in-depth publication for what they uncovered through their reporting.

Our data team gathered and analyzed data on domestic violence from countries around the world and that data served as an informed source for our professional reporters. The most widely collected data focuses on women as victims of this violence in heterosexual relationships and hence our focus was similarly limited. For this project we defined domestic violence as physical and/or sexual violence between partners. Our journalists used this data and on the ground reporting to explore what we might learn by looking at this topic as a global, rather than local, issue.

The map below shows rates of domestic violence for 115 countries around the world. Angola, Bangladesh, and Kiribati are among those countries with the highest rates, while Armenia, Georgia, Morocco, and Switzerland join those with the lowest rates. Even accounting for limited data collection, we see all major religions, styles of government, economic conditions and a mosaic of cultural traditions and social norms. This isn’t about “them.” It’s about “us.”

The law and attitudes

The law matters. Countries with laws that make beating, maiming or raping a spouse a crime have an average partner violence prevalence rate five percentage points lower than countries that do not have such laws.

Men can be victims too

We tend to think of men as the perpetrators. What is lesser known — and lesser studied — is how men can be victims of partner violence. This phenomenon stays in the shadows, but the patterns, emotions and isolation are the same.

So, what’s being done to address this very specific and pernicious type of violence that unfolds in homes everywhere.

There’s no silver bullet, no single or simple solution for this complex social issue. On a global level our data analysis tells us that laws matter, social attitudes matter, gender equality and financial access matter.

Activists in Uganda, Nicaragua and many places in between use outreach, games and particularly theater to spark discussion and raise awareness of domestic violence. 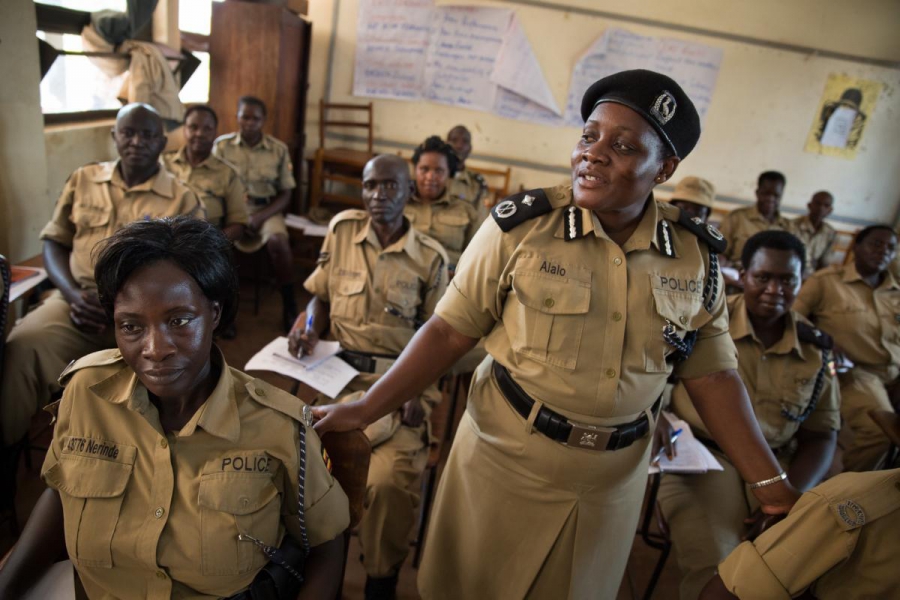 Police Supervisor Christine Alalo begins a 10-day class for Ugandan police officers on how to deal with domestic violence.

Orb produces a new kind of journalism that challenges the way we see our world and brings us together around the things we share. Find out more about Orb here.