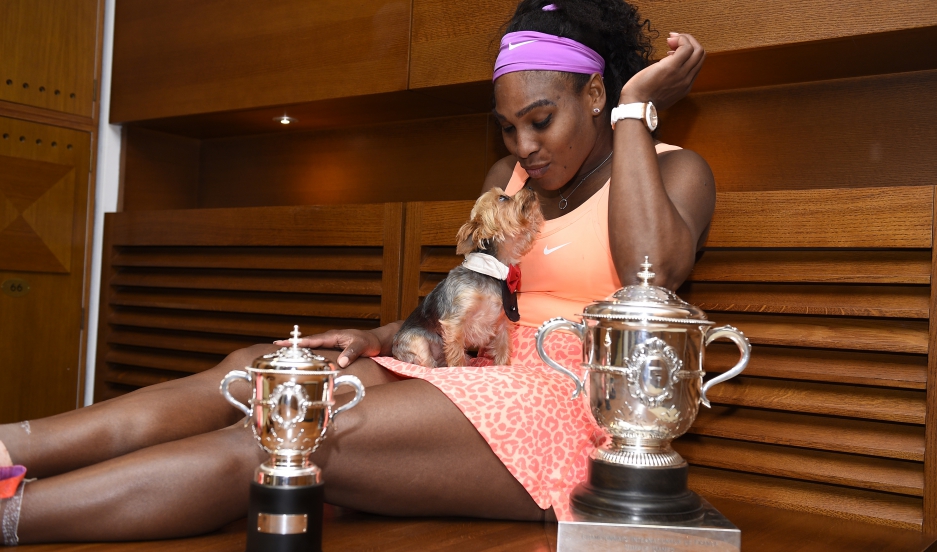 Serena Williams  poses with her trophy and her dog named Chip in the dressing room after winning the women's singles final match against Lucie Safarova of the Czech Republic during the French Open tennis tournament at the Roland Garros stadium in Paris, France, June 6, 2015.

Who is Roland Garros? As a French person, the answer seemed evident to me, but I quickly realized that it's not common knowledge here in the United States.

No World War I history class was complete without mentioning the famous Roland Garros. An experienced aviator during the war, in 1913 he became the first person to fly over the Mediterranean. But outside of France, no one remembers his flying accomplishments.

For most people around the world, Roland Garros is a famous tennis tournament in Paris, a place where Selena Williams on Saturday celebrated her latest Grand Slam triumph, accepting a trophy from Martina Navratilova and lifting it high above her head.

So what does an aviation war legend have to do with tennis? 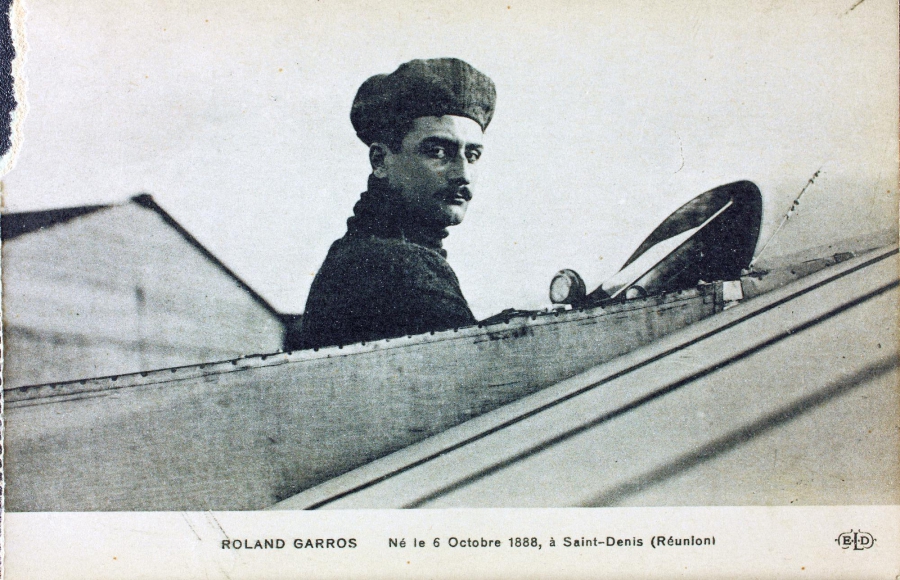 Roland Garros on board his plane.

But back in 1927, a group of French tennis players known as the French musketeers — or as they were called in France, les Mousquetaires — beat the United States for the first time to win the Davis Cup.

Suddenly, the French needed to build a stadium of their own — quickly. The stadium was to be built outside of Paris. Part of the negotiation for the land to build the stadium was predicated on naming the finished tennis arena after a World War I soldier. The soldier chosen was aviation hero Roland Garros.

Ten years after he was killed during the war, Roland Garros, a guy who actually loved to play rugby, became the new emblem of French tennis.

Now, English speakers are trying to confuse the world and call the tournament the French Open.

“In Latin countries and a big chunk of the world, it’s [called] Roland Garros and only Roland Garros. And in the Engish speaking countries, generally, it’s [the] French Open,” says Clarey.

Even if Garros liked rugby more, he fought for France and I think he can be forgiven for this minor flaw.

Today, the French Open, I mean Roland Garros, is the biggest tennis tournament on clay in the world. It is watched by a worldwide TV audience more than 3 billion times in 200 countries. And all of those people will know the name Roland Garros — even if they don't know why he's famous.