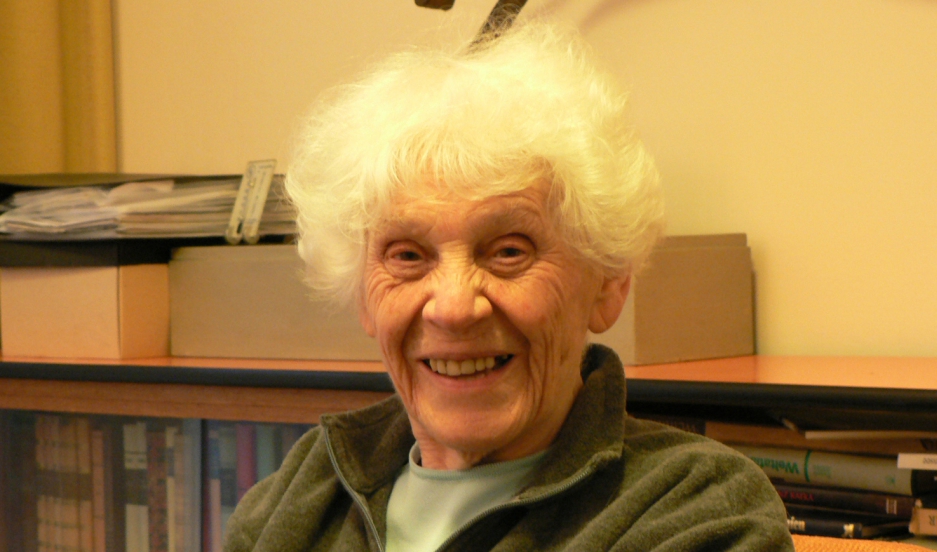 Imagine having to study up on research that you did 77 years ago.

On June 9, Inge Rapoport officially gets her medical degree in Germany. And it's been a long time coming.

In Germany, medical students do a thesis on scientific research; Dr. Rapoport’s work was on diphtheria, which was a scourge for children in the US and Europe at the time.

But when it came time for Ingeborg Syllm (her name back then) to defend her thesis, she wasn't allowed. The University of Hamburg, where she did her research, cited "racial reasons." It was 1938 — the Nazis were in power, and Inge's mother was half Jewish, which for the Nazis meant that she was Jewish.

Syllm managed to get out of Germany in 1938 and made her way to the United States. She completed her degree at a US medical school and finally got her MD.

Inge Syllm later married a Jewish physician and biochemist from Austria and they settled in Cincinnati, where she practiced medicine.

But during the 1950s, the couple became a target of the House Un-American Activities Committee, for their communist leanings. They left the US and moved to what was then Communist East Germany.

“It took quite some time to make up our minds to go to Germany,” Dr. Rapoport said in a telephone interview. “It was a hard decision. I, of course, still had worries about Nazi Germany.”

Dr. Rapoport went on to found the first neonatology clinic in Germany. And her husband, Samuel Rapoport, a noted biochemist, headed an institute there. He died in 2004.

It was only recently that the University of Hamburg proposed to right the injustice it did to Ingeborg Syllm back in the 1930s.

But Inge Rapoport didn't want an honorary degree — she wanted the real thing, which turned out to be complicated. Among other things, her thesis on diphtheria no longer existed. The university was able to overcome that obstacle when they found a letter from her thesis advisor, providing evidence of the quality of her work.

Now, all she had to do was take her oral exam — which meant she had to study research she worked on nearly eight decades ago. She couldn't exactly sit down with a stack of books, though.

She turned to her daughter-in-law and researcher friends, who read up on diphtheria, and helped her cram for her exam over the phone.

“It’s a very curious preparation for an exam,” she says. “I was quite nervous in my exam, in my 102 years. But the commission was quite nice.”

The dean of the medical school came to her home in Berlin to administer the oral exam, which she passed with flying colors.

When Dr. Rapoport gets her second medical degree next week at the University of Hamburg, her family will be there to see it.

“She’s incredible, at 102,” said her son, Tom Rapoport, a professor at Harvard Medical School. “I’m very proud of her.” He notes that his mother turns 103 in September.

Inge Rapoport says that getting this medical degree, now, was never about her.

“I did it ... to undo a Nazi injustice. It was for the university and for all of the Jews who suffered the same injustice,” she said.