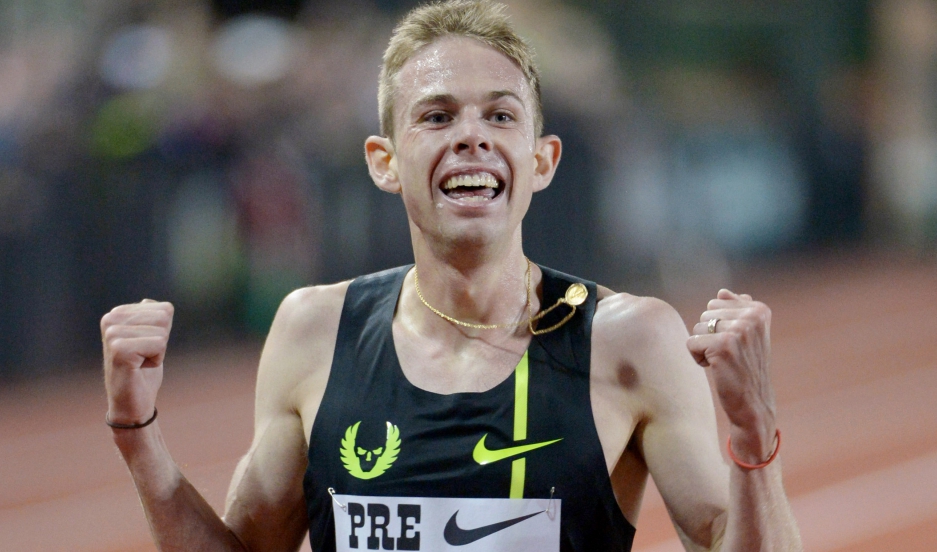 Galen Rupp (USA) celebrates after winning the 10,000m in an American record 26:44.36 in the 40th Prefontaine Classic at Hayward Field in Eugene, OR, on May 30, 2014. Rupp is acussed of doping in a new BBC/ProPublica investigation — a claim Rupp denies.

There are all sorts of ways to get an edge in sports.

Alberto Salazar knows this well. The former US marathon champion is the head coach at Nike's Oregon Project. It's an effort to get US distance runners back to the top of their sport.

But the BBC and ProPublica published a story Thursday that questions the methods Salazar used. It alleges that he encouraged his runners, including Olympic silver medalist Galen Rupp, to dope.

Salazar, Rupp, and Nike, all deny these claims.

Those defending Rupp emphasize that he passed every drug test.

But as Mark Daly discovered, that's an easy thing to do. Daly is one of the lead journalists behind the investigation. And while he reported the story, he actually used himself as a guinea pig to find out what it's like to use the banned blood booster, EPO.

"We'd been hearing that the athlete's biological passport, which is the latest tool in the fight against doping, is not quite as sensitive as people might want to think," he says. "What we decided to do, with me being an amateur athlete, is put this passport to the test."

It would last for 14 weeks, and have three phases. I would have my blood taken once a week and sent off to a lab for analysis. A doctor would monitor my health throughout.

Baseline - weeks 1-3: establish what my "normal" blood levels are. Performance test at end of week 3

Loading - weeks 4-10: undergo a program of between 2-3 micro-dose injections of EPO per week. Each injection would be supervised. Performance test at end of week 10

Washout - weeks 11-14: critical phase of the experiment, when I stop taking EPO and the passport is meant to be most effective.

The plan was to collect 14 blood analyses and have them put through the biological passport software to see if it would catch me.

But he wasn't testing to see if EPO works. He knows it works. He wanted to see if he could get away with doping. He took blood samples each week and sent them to have them analyzed and placed into a biological passport. "And the truth is, I was able to sail through the tests. I got away with it," he says.

He had the opportunity to better understand how it feels to dope. He competes in triathlons. Basically, he's a reporter who could understand the performance difference.

"I really had mixed feelings," he says. "When I saw my improvements, when I saw how I was able to push longer on the bike, going up hills like they weren't there, there wasn't any joy in it. These were performances that I'd never attained before. I knew they weren't real. And because of that it didn't feel great at all."

Daly says, after the experiment, he came away with a huge appreciation for athletes who compete clean in sports where cheaters are commonplace.