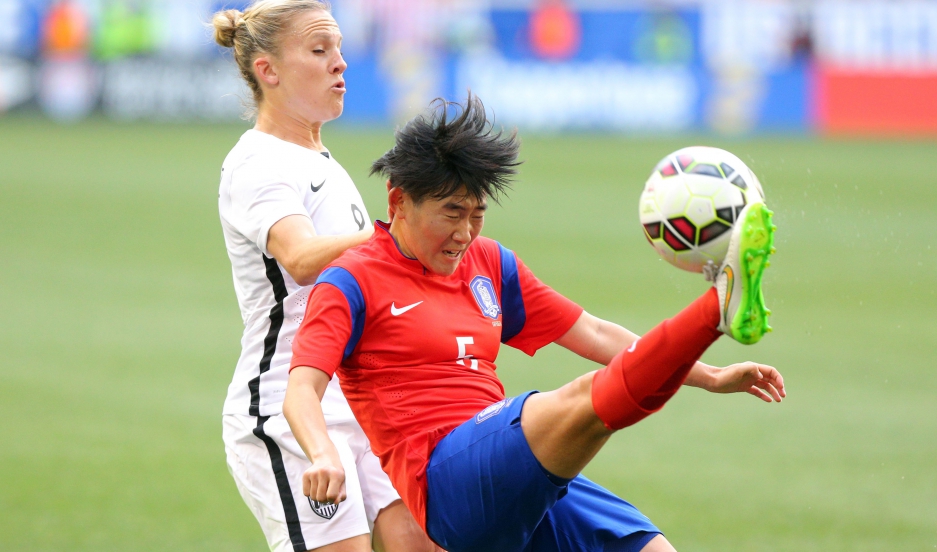 Korea defender Kim Sooyun (5) kicks the ball against USA forward Amy Rodriguez (8) during second half action on May 30, 2015 in Harrison, NJ.

Here’s something you might not know about FIFA and the Women's World Cup that gets underway on Saturday in Edmonton, Alberta.

Before taking part in the tournament, all the players have to prove to FIFA, the international soccer governing body, that they are women. It’s called sex testing.

“There's a long history of changing physical traits they’ve looked at. So they’ve looked at chromosomes, they actually for a brief period did body exams and genital exams,” says Katrina Karkazis, a bioethicist at Stanford University, who studies how elite women athletes are tested for gender not only in soccer, but in all sports. But Karkazis says FIFA carries on humiliating sex testing, despite the fact that the practice “has been roundly criticized by professional medical organizations starting 20 to 30 years ago because you can't test for sex.”

Wait. Isn’t there a simple and discreet test for sex? All you have to do is look “downstairs,” right?

According to Karkazis, “That's the misconception that most people have, that you can look at chromosomes or genitals or breast development and say ‘this is a man’ or ‘this is a woman.’ But sex is actually much more complex, and there’s variation in each of those sex traits. So there’s not one particular trait that all people labeled women have. You can't do it.”

This doesn’t open the door to gender relativism, says Karkazis. “It doesn't mean that we have a free-for-all here. It just means there's no one thing like chromosomes that actually is the definitive determinant of sex.”

So if there’s no single, objective, scientific test for sex, is it logical to argue that sports teams should be unisex or to call for an end to separate women’s and men’s sports competitions? Absolutely not.

Instead, Karkazis maintains that FIFA’s practice of sex testing is more about discrimination. FIFA doesn’t generally bother to test men, according to some recent accounts by players in the English Premier League. Instead the policy is imposed on women athletes “who have lived and competed as women all their lives, and their legal documents say they’re women. So this is a hurdle that they have to pass above and beyond all of that.” 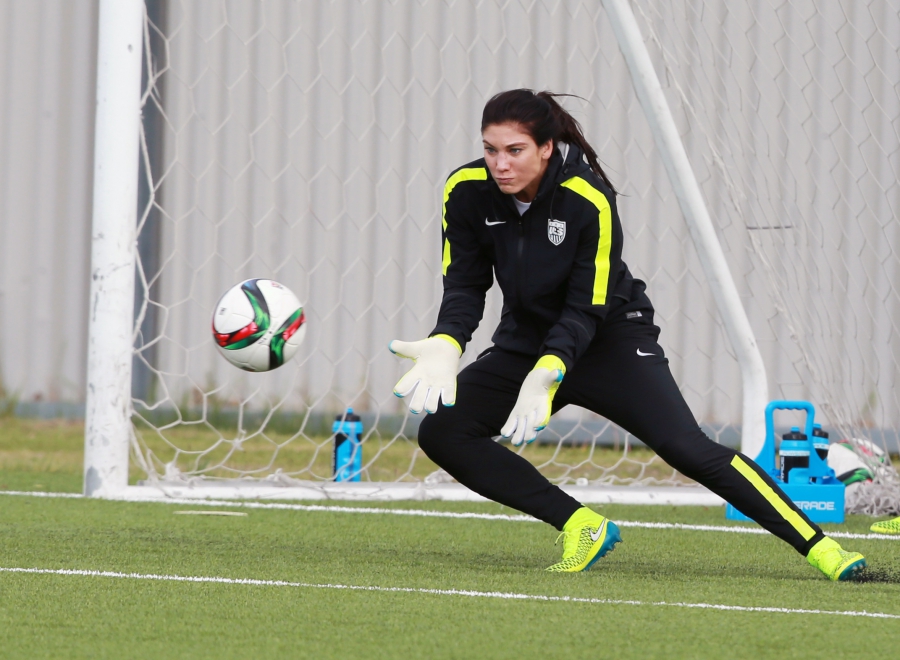 US goalkeeper Hope Solo (1) during training in preparation for the 2015 women's soccer World Cup at Waverly Soccer Complex.

Many things about FIFA’s allegedly corrupt policies and internal mis-management have drawn widespread, international scorn. Now it appears their rationale for maintaining mandatory sex testing in the face of legal challenges and medical expert criticism is unclear. “Your guess is as good as mine,” Karkazis says.

One of the oldest arguments for testing is that “men would masquerade as women,” says Karkazis, “but historically that fear hasn’t been born out. ... It’s a solution in search of a problem.”

The concern over sex testing comes on the heels of the debut of Caitlyn Jenner, the woman who had formerly been known as Olympic Gold medal winning athlete Bruce Jenner.

It turns out the International Olympic Committee does already have a transgender policy. It’s not especially enlightened, says Karkazis. While it does allow transgender players to play and compete, it requires several kinds of “physical intervention.” In other words, you “can’t simply claim an identity and say I’m now a woman and then play as a woman.” Instead, the policy, she says, actually requires that individuals undergo hormonal interventions and genital surgery.

“That’s problematic in its own way, but it does allow transgender players to play,” she adds.

The bottom line regarding the policy of sex testing at the 2015 Women’s World Cup? “I’m in favor of scrapping it,” says Karkazis, “I think it discriminates against women.”