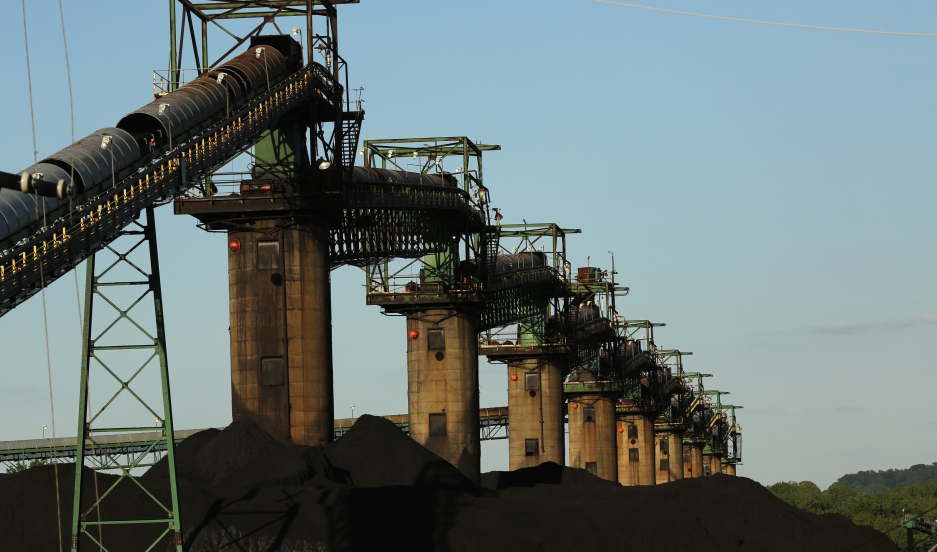 Coal is stacked at the base of coal loaders along the Ohio River in Ceredo, West Virginia May 18, 2014.

Central Appalachia is in mourning.

The region isn’t grieving the death of a child, or of a particularly famous inhabitant. They’re working through the loss of the coal industry, a once rich and vital source of employment in the area. But now, coal generates less than 40 percent of electricity in the country and that number continues to drop, impacting the economy — and the people — of Appalachia.

“The decline in Central Appalachian coal is not due to one single thing,” according to journalist Clay Scott, who produced a special report on this topic. “Cheap and newly-abundant natural gas is a major factor,” he says. As are new Environmental Protection Agency regulations limiting several of the pollutants produced from coal-burning power plants and increased competition from Wyoming, where coal is cheaper to mine. “And finally, after over 100 years of intensive mining, the coal seams of West Virginia and eastern Kentucky are simply becoming mined out,” he says.

But the loss isn’t felt in the land alone. “People are working through a loss,” says producer Catherine Moore. “Reassessing their place in the world. Trying to figure out what happens next. For some, it’s shock, disbelief.”

In 1950, West Virginia had 132,000 miners. Today, there are fewer than 20,000, with news of mass layoffs on an almost weekly basis. “I’ve been laid off three times in the last year,” says miner Dell Maynard. “And it’s not because I don’t try to find a job because I’ve found three. Oh, it’s awful. I’m telling you this place is going to be a ghost town if they don’t do something.”

Others are trying to embrace the change as best they can. “Some are even starting to talk about a transition, about Appalachia past coal,” says Moore. She recently interviewed Shane Lucas, a surface miner for 20 years at the Cumberland River Coal complex. Two years ago, he was laid off by Arch Coal. “Everybody was scared to death,” says Lucas. “Everybody’s saying ‘What are we going to do?’ Because there’s nothing out here.”

But Lucas had a back-up plan. A farm, in Whitesburg, Kentucky, with a barn fashioned from coal tipples from the 1950s. “It’s hard to think of a better symbol of economic transition than this building we’re standing in,” says Moore, of the barn. “The ruins of one industry repurposed to house another: agriculture.”

Other opportunities include entrepreneurship, energy efficiency, forestry and local foods, says Ivy Brashear of Mountain Association for Community Economic Development, a non-profit helping the region with its economic transition.

“Not that it’s easy to make that transition. It’s really not,” says Brashear. “It’s long, it’s hard and it’s expensive. But there really is no other option for us if we are to survive as a region and as a people than to search for alternatives and to do something else.”