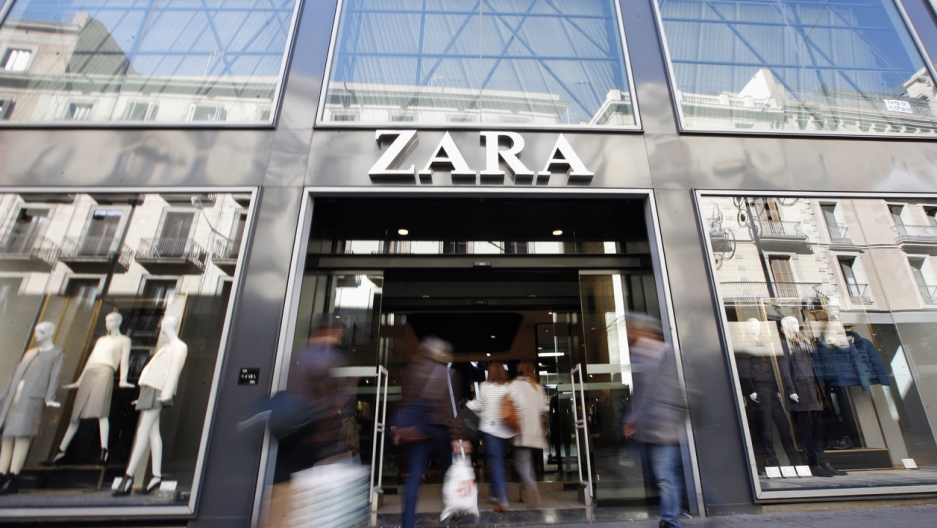 A Zara store in Barcelona, Spain — one of many shops that have made Amancio Ortega the world's second richest man.
Credit: Albert Gea
Share

MEXICO CITY — Amancio Ortega, owner of trendy clothing store Zara, certainly knows how to turn threads into dollars. The mysterious Spanish tycoon went from sewing shirts when he was a teenager to becoming the second richest man on the planet.

His No. 2 position, surpassing American magnate Warren Buffett, is now confirmed in Bloomberg’s updated billionaires list. Ortega is priced at $71.5 billion, up a cheeky $10 billion from last year.

The cash comes from Ortega’s 59 percent ownership of Inditex, the world’s biggest clothing retailer. It not only includes Zara but also international mall favorites Bershka, Pull and Bear and others.

As you read this, many of you will remember you have shopped in these places, and contributed to the fortune. So has British Duchess Kate Middleton.

But while Ortega gets richer, accusations concerning sweatshops have chased his stores over the years.

Back in 2011, officials in Sao Paulo, Brazil, raided a clothing factory subcontracted by Zara and found workers, including children, earning a pittance in unsafe conditions.

Most of the laborers were from neighboring Bolivia and were being paid about 10 cents per piece of clothing they sewed.

"The supplier has accepted full responsibility and is paying financial compensation to the workers as required by Brazilian law and the Inditex Code of Conduct," it said in a statement.

Unfortunately, the dirt didn’t stop there.

This time, Inditex denied a connection in a statement:

“We are surprised by the allegations. ... Based on the limited information we have received so far, the workshops in question do not appear to have any relationship with our approved suppliers in Argentina."

"Inditex has a zero tolerance approach to any infringement of labor regulations, and our Code of Conduct requires all suppliers to comply fully with all local laws.”

But then in 2014, the advocacy group Clean Clothes Campaign released a report about sweatshops in Eastern Europe and Turkey. Zara was again named as one of the companies buying the clothes.

A report this year by Al Jazeera found sweatshops in Buenos Aries continued to flourish, although it didn’t provide evidence to link any directly to Zara.

Accusations of sweatshop labor in the garment industry are in no way exclusive to the brand. Allegations have also targeted Gap, Walmart, H&M, Joe Fresh and the Children’s Place. In fact the whole industry has a problem.

A problem is that clothing companies subcontract factories that subcontract other factories, and nobody seems to be responsible for how the end product gets made.

The stores claim to be doing their best to clean things up.

But as Oliver said of Gap, “a company trying as hard as it can has been not infrequently connected to labor violations in multiple countries.”