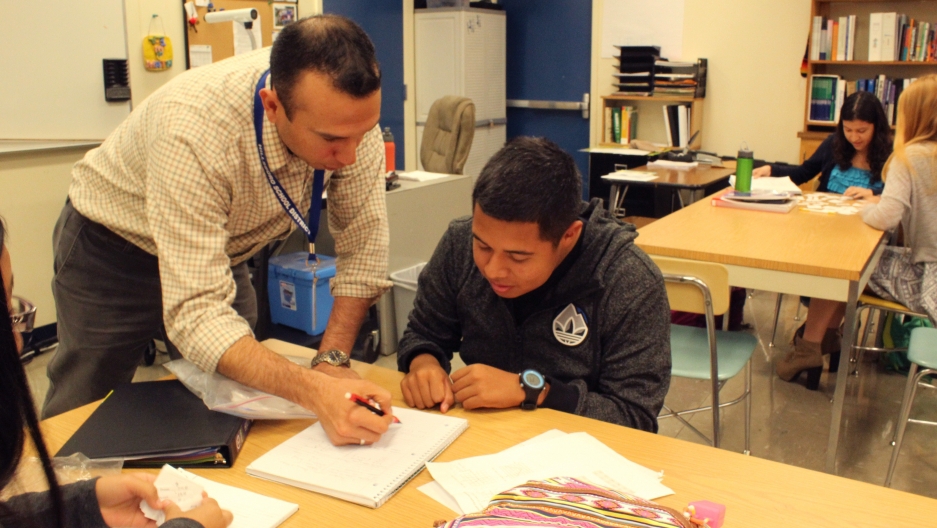 At Oregon's Hillsboro High, teacher Moises Curiel teaches Algebra 2 in Spanish. To honor the students' bilingualism, the school will offer qualifying students a bilingual seal on their diploma.

It seems obvious to say that to catch a glimpse of America's future, just head to a public school classroom. And those changes are probably bigger than a lot of us realize.

To start, US public schools recently hit a milestone: 2014-2015 marks the first school year when students of color outnumber white students in public K-12 classrooms. Speed ahead and the shifts continue. By 2022, the percentage of Latino and Asian and Pacific Islander students in public classrooms will have increased by double digits (33 percent and 20 percent, respectively) since 2011. Add kids of mixed background to the outlook and the projections go even higher.

But behind the numbers are stories. That's where Global Nation steps in with a new project about America's changing student life, particularly from the viewpoint of kids from immigrant families, or those students who are new to the US themselves. The challenges many of them face are massive — from culture shock to learning a new language (or trying to master two at once). Add to this the reality of confronting stereotypes, new economic class differences and, in some cases, parents' expectations if you're the first in the family to go to school in the US.

Also, and as ever, politics and the polarized immigration debate can complicate student life even more. "The specific cast of characters has changed, but in many ways the social script has not," historian Melissa Klapper wrote in her study of immigrant children in America from 1880 to 1925. They are youth, she writes, who can face an "unwelcoming American public" and often "walk a fine line between pride in retaining their particular heritage and satisfaction in adapting to the dominant culture."

We will hear what it's like to tackle these obstacles — and also seek out the students, parents and teachers out there trying to ease the transition. What's going right for immigrant students — and how? What do those efforts and ideas look like? And when do people hit walls?

A number of stories will take place at school, but we will also hear about home life before and after school — among kids, friends, families and people from other walks of life who affect a student's life.

To find new stories, we have a great reporting crew in place. Our partners include KPBS in San Diego, WGBH in Boston, Oregon Public Broadcasting, KUT in Austin, WNYC in New York and PRI's The Takeaway. The Migration Policy Institute will also help keep us informed about the latest education data out there, along with their own deep analysis and research. 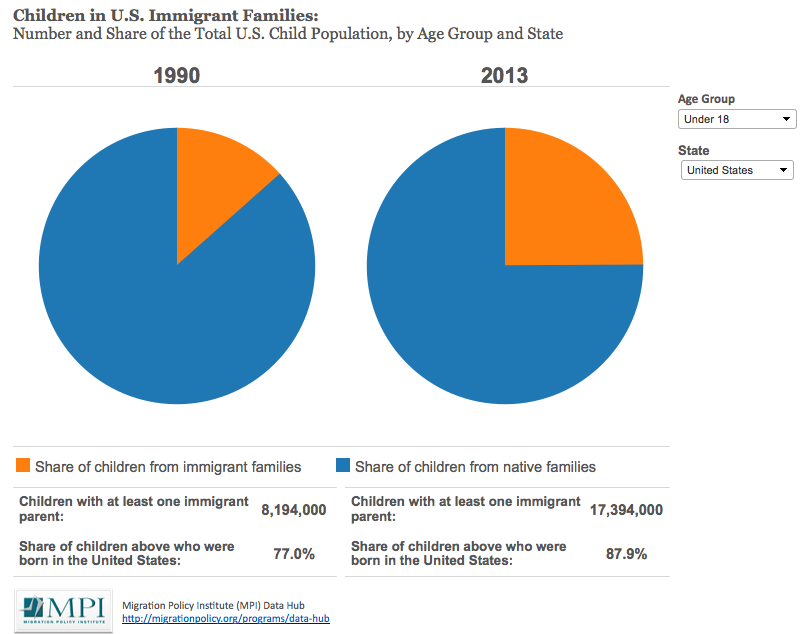 We also need you. More diversity isn't just a city or a coastal thing. The number of English language learners is increasing in almost every US state, with big jumps in places like Kansas. Let us know where you spot stories about America's changing classrooms, whether they stem from within your own family or from fresh ideas and projects you're hearing about at your kids' school.

You can share your thoughts and ideas on Facebook at our Global Nation Exchange, on Twitter @globalnation, or directly to me using the form below. We're excited to be digging into this topic together.

This story also aired as an interview on PRI's The Takeaway, a public radio program that invites you to be part of the American conversation.