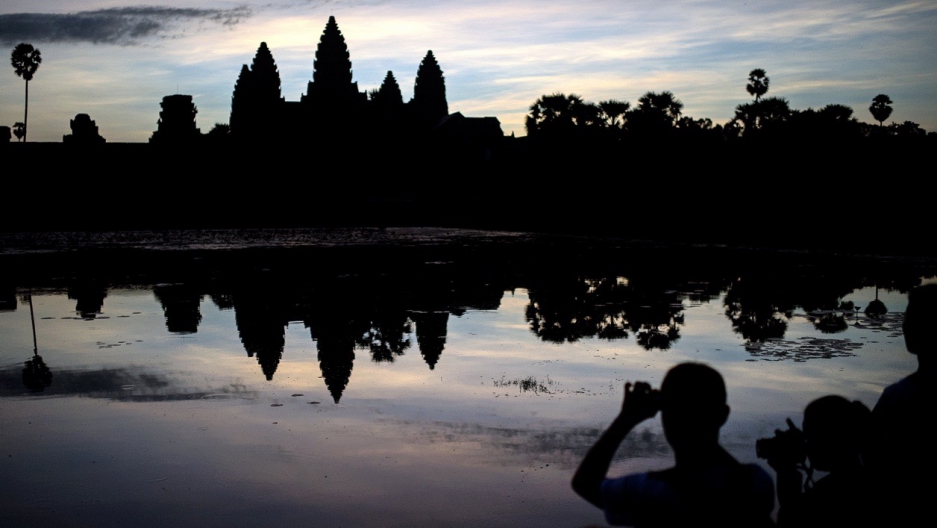 BANGKOK, Thailand — Cambodia’s Angkor Wat is among the world’s most magnificent holy sites. Many believe the sprawling Angkor complex of stone temples, of which Angkor Wat is the crown jewel, rivals any architectural relic from ancient Rome.

Most visitors simply marvel at all that ancient grandeur and move on. Yet a small minority are compelled to strip down naked and take photos of one another traipsing around the temples.

This rash of nude photo shoots has created a tiny scandal at Angkor, which is deluged by more than 2 million visitors per year.

First came photos, circulated online in January, of a topless woman — believed to be Chinese — leaning against an intricately carved doorway.

Then came cruder photos of three Frenchmen strutting naked inside the complex. After that there were a couple of bottomless American sisters mooning for the camera. Then two naked Germans in ape masks posing next to a moss-covered temple. The list goes on. (This blogger has a NSFW roundup.)

The lucky exhibitionists evade capture and post their photos once they’ve left the country. The not-so-lucky flashers — like the two sisters from Arizona — get fined and deported.

The scandal has been well documented by Cambodia’s Phnom Penh Post newspaper, which at one point quoted a museum official wondering if he “went to a Catholic church and did the same thing, how would people feel?”

This comparison is fair. If anything, it fails to capture the reverence that Cambodia’s long-suffering population feels toward the temples at Angkor. Cambodians, who live in one of the poorest and most corruption-plagued nations in Asia, have few symbols that can stir national pride.

In the last century, they have been colonized by the French, bombarded by the United States, invaded by Vietnam, and killed en masse by the Khmer Rouge regime. Cambodia's current government is often described as a “kleptocracy.”

But Cambodians can at least look to Angkor Wat as proof of their past greatness. The majestic complex was completed in the early 1200s by a king whose empire consumed almost all of Southeast Asia. Those were the days before wave after wave of foreign invaders tore apart the kingdom.

An official who presides over Angkor’s management group alluded to a very real scenario: a peasant family scrimps and saves to finally visit the nation’s grandest site only to stumble across a pack of naked foreigners trying to take edgy photos.

“As a Cambodian, it’s hurtful to my beliefs, and especially to the poor Cambodians saving up money to be able to come across the country to pray at Angkor,” said Kerya Chau Sun, a spokesperson for the management group, speaking to CNN.

Angkor authorities are now finalizing a new code of conduct for tourists. The Phnom Penh Post reported that rules on “not dressing inappropriately” are on the list.

For more on threats tourists pose to the temples, here’s GlobalPost’s “Commercial Overload at Angkor Wat.”