Protesters, many against the fast track trade authority of the Trans-Pacific Partnership trade agreement, rally outside a hotel in Portland, Oregon.

Discussing trade deals is generally about as exciting as watching grass grow, but a huge new pact called the Trans-Pacific Partnership is firing up public opinion.

The deal, called TPP for short, involves the United States and 11 other countries that together represent close to a billion people and 40 percent of the world's economy. It's a big deal, but critics says it's also a bad deal, one that will hurt the average American.

Robert Reich, once Secretary of Labor under President Clinton and now a professor of public policy at UC Berkeley, breaks down the TPP in a two-minute video.

"If you haven't heard much about the Trans-Pacific Partnership, that's part of the problem right there. ... It's been devised in secret," he says in the video. "Lobbyists from America's biggest corporations and Wall Street's biggest banks have been involved, but not the American public."

That's pretty much the argument all critics make: TPP is a bad deal for working people, written behind closed doors by fat-cat corporations. But talk to economists and you get a different story. Almost invariably, they say, free trade deals are good — for everyone in society.

Derek Scissors, an admitted "freemarket nutjob" with the American Enterprise Institute, a conservative think tank, says "it's really hard to find economists who don't like free trade because they think the government is less effective than people are in making choices for themselves."

Neither economist buys the argument that the little guy would suffer under TPP while businesses and corporations would make out just fine. 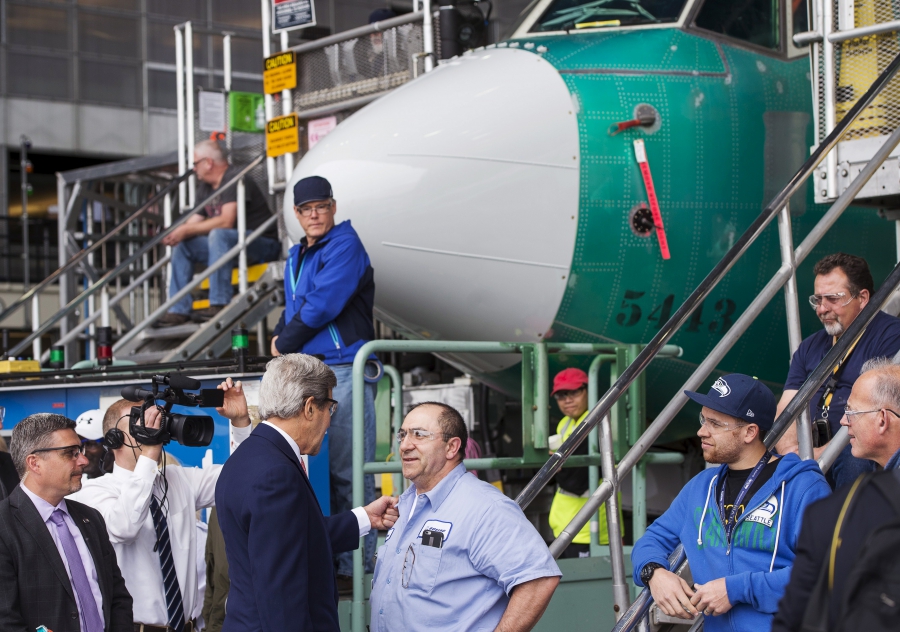 US Secretary of State John Kerry greets employees at Boeing's 737 airplane factory for a trade speech on the Trans-Pacific Partnership in Renton, Washington.

"Clothing in the United States used to be expensive," Scissors points out. "It used to be expensive because we didn't want to let in foreign textiles and foreign apparel. ... We get cheaper food year-round because we import food from other countries in off seasons. That also disproportionately helps the poor."

That's for free trade in general. As for TPP itself, both Frankel and Scissors say no one yet knows exactly what the deal looks like, so railing against it — or singing its praises — is just so much hot air. And charges of secrecy, Frankel argues, are misguided.

He also backs President Barack Obama's request for fast track authority, which means Congress would only be able to vote on the final treaty, not debate it or offer amendments. The move has angered critics, but Frankel says it's really a lesson learned from previous trade deals.

"There used to be this routine practice that the US negotiators get their best deal — and they tend to get a lot — and then the president brings it back to Congress for approval and Congress says, 'Well, no, now we're gonna require some amendments or otherwise we won't agree,'" Frankel says. "We did that enough times that other countries said, 'Well, no, we're not playing that game anymore.' So ever since Nixon, we've had to have fast track authority."

Even with a Senate passage of fast track authority, lawmakers are still attempting to kill the measure by amending it in ways the White House says it won't accept. So no matter what the outcome, the battle rage for some time yet.