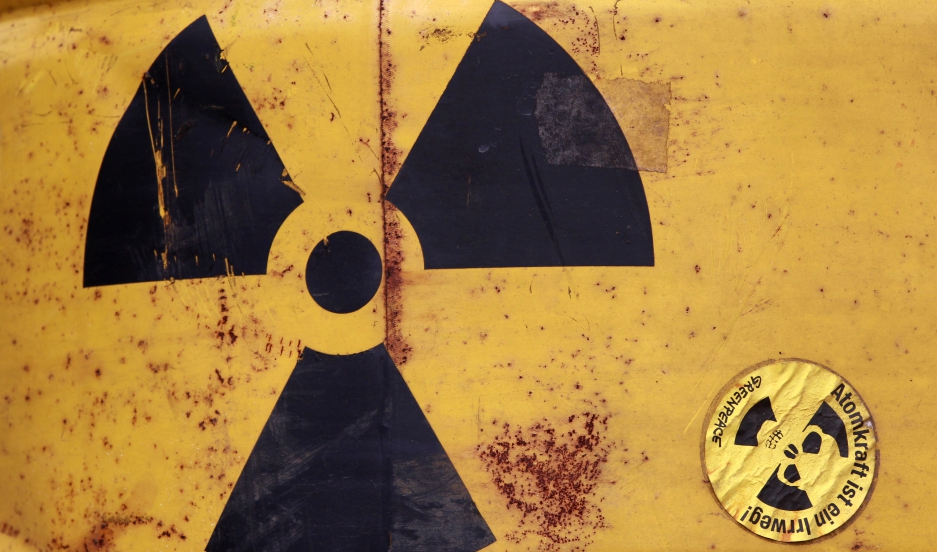 A mock-up of an atomic waste barrel is pictured at the entrance of the annual meeting of German utility giant E.ON in Essen on May 3, 2012.

A mother near St. Louis puts her oven timer on for 15 minutes as she lets her children play in her backyard.

When it goes off, she steps outside to smell the air and make sure it’s not full of smoke and chemicals. If it’s not too bad, she’ll go back inside and set the timer for another 15 minutes. She repeats the process until her kids have tired or until she can smell the smoke from the burning landfill next to where she lives. Then she knows — it’s time for her kids to come inside, whether or not they’re ready.

It may sound like a scene from Erin Brockovich, but it’s the reality for many people in the small St. Louis suburb of Bridgeton, according to Lois Gibbs, executive director of the Center for Health, Environment and Justice. Not only is a nearby trash dump on fire underground, but records indicate another nearby landfill, West Lake, is loaded with high-level radioactive waste, which may include decay from weapons-grade uranium. The waste has allegedly seeped into the groundwater and rare childhood cancers are on the rise in the area. But that may not be the worst part.

“The scary part is that the fire is moving towards the [area] of the radioactive material in West Lake,” says Gibbs. “These two dumpsites are only 1,000 feet apart. When fire reaches the radioactive site, no one knows what is going to happen.”

Emergency service officials have told local residents that if the fire reaches the radioactive dump, everyone will have to “shelter in place.” Specifically, all the families will have to stay where they are for at least a week, while every car, front yard and even swing set is tested for radioactivity.

To prevent this from occurring, Gibbs says officials are investigating putting a barrier between the two dumps. The problem with this solution, however, is that it’s still two years before the study and subsequent proposal will be implemented. “The fire could reach there much faster,” she warns.

The health of local residents is also a grave concern. Gibbs says a number of studies indicate a 300 percent increase of brain cancer in young children over the past few years. “We have a number of the leaders of the local community whose children have died from brain cancer, immune system problems, leukemia.” Compounding the issue is the relative wealth of the population, or rather, the lack thereof. People don’t have the money to move out of their homes, so “they’re trapped in their houses and they’re just watching their children get sicker and sicker,” she says.

To combat the issue, Gibbs and her team is putting pressure on Bill Gates. Though he may seem an unlikely target, as he’s widely known for his philanthropy surrounding children’s health, he owns shares in Republic Services Incorporated, which owns West Lake. “We are asking him to use his position as a shareholder to really ask them to evacuate these people,” she explains.

Republic Services says there are no health risks to the community from the two sites and the company does not believe the radioactive waste will catch fire. The spokesperson also said the Environmental Protection Agency is in charge of the situation. The EPA says “the conditions of the site currently do no present the kind of threat to human health that would require relocation of nearby residents.”

But Gibbs — who has been involved with 16 similar sites and relocations across the country — disagrees.

“It’s worse than any site I’ve been [to]," she says. "It’s because it’s radioactive waste, it’s a garbage landfill, it’s a fire and that’s just terrifying.”