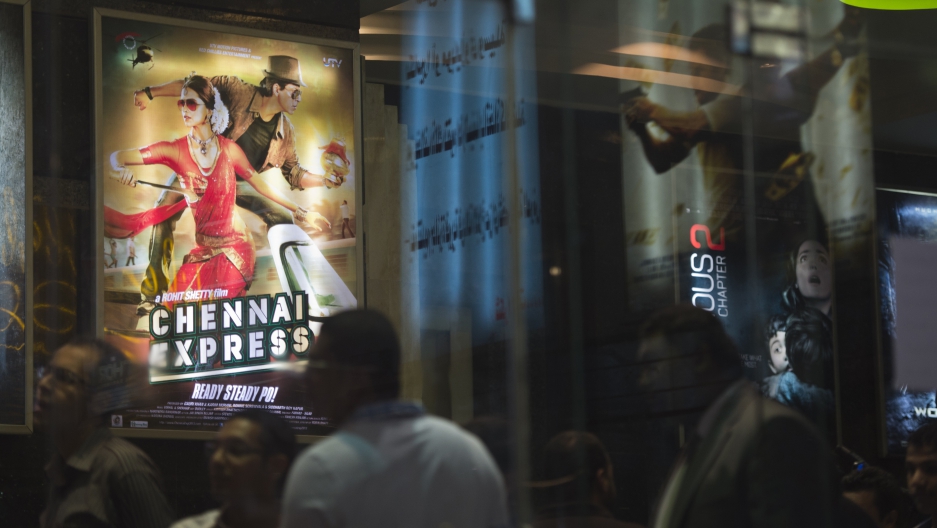 CAIRO, Egypt — Most children watch cartoons. As a little girl growing up in Cairo, Dalia Ezzat watched Bollywood films. Her obsession with the genre began when she was four years old. Her aunt, who lived near a Cairo movie theater that showed a lot of Bollywood movies, brought home a VHS tape of a film called “Mard,” starring the titan of Indian cinema, Amitabh Bachchan.

“It was a traditional Bollywood formula movie,” she explains, “where there’s the villain and there’s a hero who saves the day and has Robin Hood-esque features, a heroine in distress, five songs and a bit of history.”

“I was instantly hooked,” she says.

From then on every week her parents would drive to the video store to rent a new Bollywood film. Each time her mother would record it at home so little Dalia — and the rest of the family with her — could watch it over and over.

Though Egypt has long been the cinema giant of the Arab world, Bollywood films have been beloved here for decades. In the '80s and '90s, many movie houses would show the latest Bollywood hits. This came to an end when the Ministry of Culture, in an attempt to boost the local film industry, enacted restrictions that made it unprofitable for distributors to show Indian films.

But while they were no longer on the big screen, they continued to beam into Egyptian homes through their television sets.

A few years later after her first encounter with Bachchan on screen, when she was 10, the man himself came to Cairo and Dalia, in a new outfit with a new haircut and a bouquet of flowers was there to welcome him. When it came time to shake his hand, she fainted.

By this time there were a number of satellite channels that ran Bollywood films, but many did not have subtitles. Dalia, undeterred, would mimic the words she heard the actors saying. Eventually, Dalia’s mother enrolled her in Hindi classes at the Indian cultural center to learn the basics. Now, at 32, she is fluent.

Dalia is not alone in her passion. On the streets of Cairo, almost everyone knows the name Amitabh Bachchan. Today, at least three channels available in Egypt show Bollywood films 24 hours a day.

“If I’m walking in the streets of say, the Khan el-Khalili [Cairo’s main bazaar] people will shout out to me ‘Amitabh Bachchan’ or ‘Sharukh Khan’ [two of Bollywood’s most prominent stars],” says Rakesh Kawra, cultural attaché at the Indian Embassy. “I’m very surprised people here know a lot about Bollywood films, especially with the language barrier.”

Ismail Abd el Mageed, 45, works in a shoe shop in Shubra. “We’ve followed Indian films for ages … I feel like their lives are close to the lives of Egyptians. Hollywood films have too much action in them. I like films about family relationships … I’d love to go to India,” he says.

Mohamed Ali, a carpenter, says he doesn’t need to go to India to enjoy their films. “What would I do there? It’s a poor country, there’s no work,” he says, “But I love Indian movies. There are great stories with a lot of drama about families that split up and come back together.” Mohamed Ali, 55, is a carpenter and has been watching Bollywood films his whole life.

He and his friends agree that Bollywood trumps Hollywood.

“American films are all shooting without any insults,” says Wael Salaam, 36, Ali’s friend, who works for a publishing house.

Yet despite the widespread popularity of Indian cinema, there is a latent racism toward south Asians in the Middle East.

“There’s an inherent racism in this region towards anyone who is darker skinned. Indians and Pakistanis are looked at as cheap migrant labor,” says Dalia.

“Do you think I‘m an Indian?” is a widely used expression in Arabic, used to mean, do you think I’m naïve or gullible? This usage purportedly dates back to World War II when Indian conscripts of the British Empire were stationed in Egypt and were repeatedly cheated because they weren’t familiar with the Egyptian currency system. But the sentiment may be older still.

"In a 17th-century work [Hazz al-Quhuf by Yusuf al-Shirbini] the speech of peasants is compared to “the jabbering of Indians” and peasant children are said to resemble “the children of Indians or of apes,” says Humphrey Davies, a translator of Arabic fiction and classical texts.

Calling something an “Indian film” is a way to describe dramatic behavior, likely stemming from the genre’s exaggerated fight scenes. Nevertheless, they remain more popular than ever and now the internet has made access even easier.

Um Yousef, 53, sells bras at a stall on Shubra street, “we used to have to wait until Eid [a Muslim holiday] to watch the Indian films on television. Now we can search for them on the computer and get any film we want,” she says, “I feel like the music and the dancing are similar to ours, and there are many very special things in these films, everything is beautiful, particularly the women and their lovely hair.” 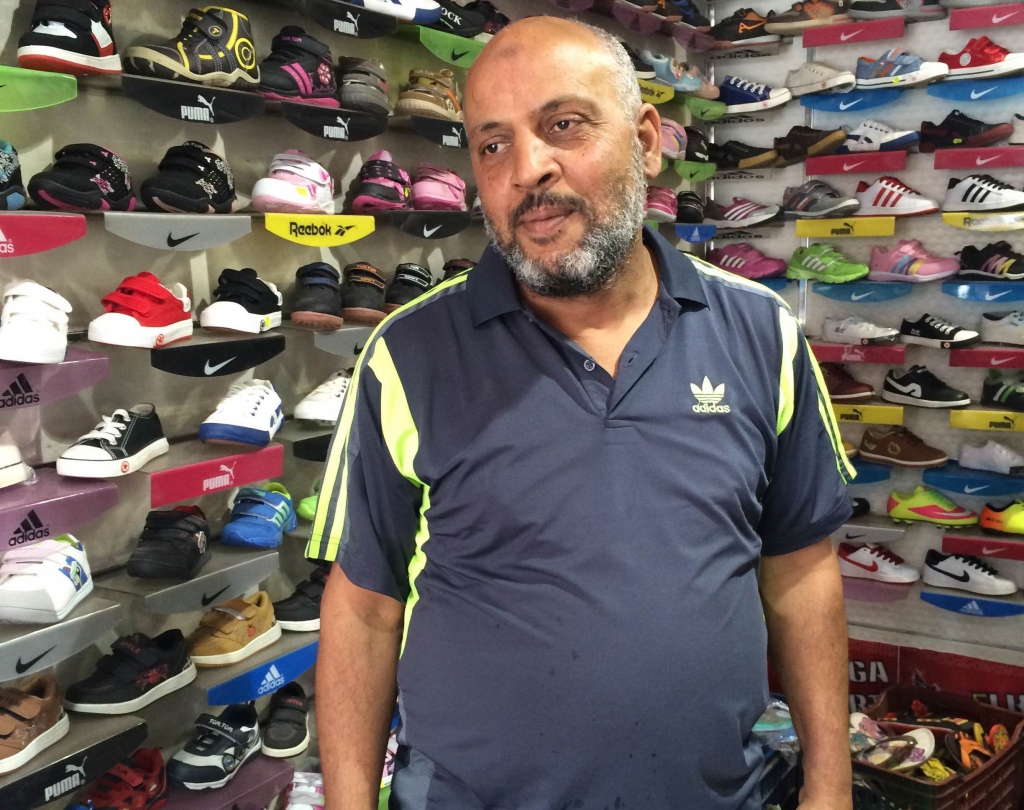 Ismail Abd el-Mageed, 45, sells shoes in the Shubra neighborhood of Cairo. He has watched Bollywood films for most of his life and recently attended the India by the Nile cultural festival.

Dalia says that the coexistence in a very diverse country is inspiring to her. “It’s a society that is so rich and so diverse yet they’re tolerant somewhat and they coexist, which is very hard to find here. Even though we’re somewhat of a homogeneous kind of society, our differences are kind of always highlighted.”

Bollywood has long been a force that bridges political and societal differences, as evidenced by its popularity in Pakistan, India’s longtime rival. A mainstream genre, it also at times reflects prejudices in the society and there are some Bollywood films that reflect discriminatory attitudes in the society such as unflattering portrayals of the country's minority Muslim population. Undeniably, though, here is a universality to Bollywood’s appeal. Many of the films are about everyday Indians who face similar challenges and problems to Egyptians. And as they do in India, Bollywood films provide viewers with an escapism and a world in which good triumphs over evil.

“It seems like their lives are simpler,” says Um Yousef. Traditionally, Bollywood films have happy endings.

“The hero dies six or seven times, and then at the end, he’s still alive,” says Karim Youssef, a young man from the Nile Delta region who grew up watching Bollywood films.

Dalia reflects on her first visit to India. “A lot of people come back from India and say ‘it’s amazing but it’s overwhelming to the senses and there’s so much poverty’ but I thought all those things, the poverty the garbage … it’s all very much like Egypt.”

“I felt like I was home, this is where I belong,” she adds. Now when Dalia’s mother misses her daughter, she watches Bollywood films on television.