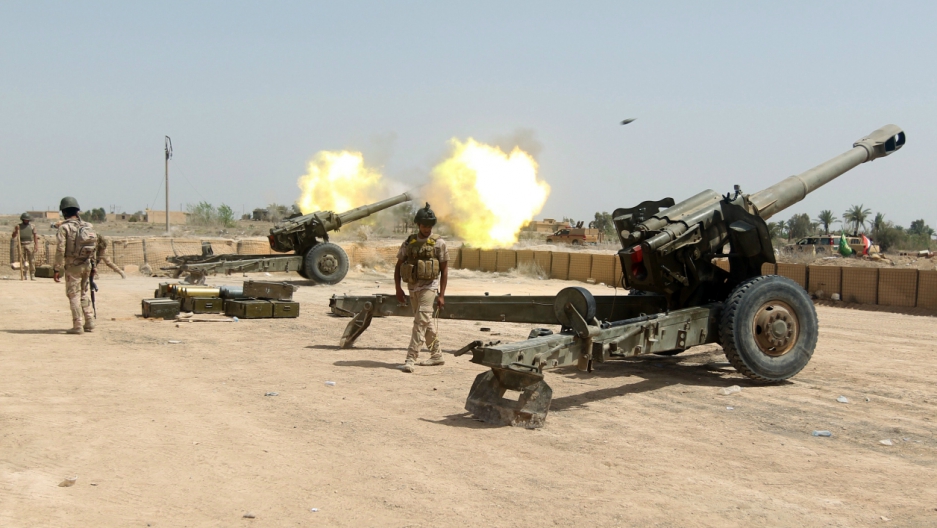 ANNVILLE, Pennsylvania — In creating the European recovery program following World War II that now bears his name, Gen. George Marshall boldly asked Europeans to create their own plan to return to stability, rather than forcing one upon them.

In the past 70 years, we’ve forgotten this precedent. The post-Cold War tendency of the US to intervene and garrison troops in response to almost every hotspot in the Middle East has fomented anti-Americanism and sustained an image as a foreign occupier in the region. Both sides are growing weary of this perpetual cycle.

If the global response to ISIS is going to be successful, it must be a multidimensional and coordinated effort. The brutal and provocative execution videos taunt governments to intervene because ISIS knows that intervention will provide more fodder for its argument that the West is a common enemy.

Any ideological alternative to violent and extremist Islamism must come from Muslims themselves. As King Hussein of Jordan stated, “It’s not a Western fight. … This is a fight inside of Islam where everybody comes together against these outlaws.”

The goal of eliminating ISIS and preventing more chaos from enveloping the region is being hampered by power struggles, proxy wars and collapsing states.

The US-backed government in Yemen is collapsing as Saudi and Egyptian forces move to contain Shiite militia advances and suspected Iranian influence. Libya is deteriorating into rival camps. The major powers are jockeying for influence in Syria. Arab states and wealthy donors are funding Sunni resistance movements. Qatar is backing the Muslim Brotherhood. And Turkey is at a crossroads.

Neither must we forget the dire threat of Iran’s desire to acquire a nuclear weapon, which would set off a new arms race in the region. With so many crises at once and in such close proximity, the contradictions in foreign policy are incredible and seemingly unavoidable.

The Obama Administration's priorities seem adrift. Lacking operating principles that are tethered to a broad strategic doctrine, they and their Western allies are left to respond to events on a case-by-case basis. Decisions and actions seem contradictory in the grand balancing act of weighing states that are all seeking to widen their influence in the region.

Yet, it would be unfair to pile today’s problems on the current administration. The US has a long record of missteps in the region that are not explained by party ideology. And the calls we hear for a hard and fast military solution sound eerily similar to the promise of “shock and awe” more than a decade ago.

It would not be wise for the West to use ground troops in this fight. We must instead limit ourselves to providing logistical support, surveillance and targeted airstrikes, when allies in the region feel these tactics will be beneficial. To do anything more would only foment the image of the US as a foreign occupier, producing more animosity and greater levels of violence, bloodshed and insurgencies.

The US has sought to promote its own brand of democracy throughout the region, only to be frustrated when its attempts are met with resistance. Any ideological alternative presented by the West will be seen as hostile, which is why we must engage the Gulf Cooperation Council, Arab League and Sunni groups in order to find the path to long-term stability.

Marshall understood that a permanent occupying force in post-WWII Europe was ludicrous. So why have our leaders forgotten a lesson that has already been learned?

Chris Dolan is professor of politics and global studies at Lebanon Valley College in Annville, PA.