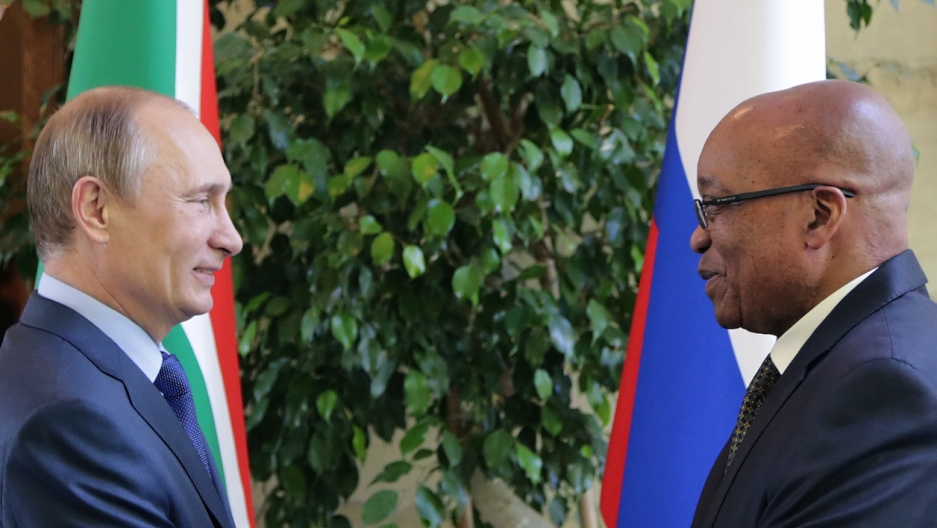 JOHANNESBURG, South Africa — Jacob Zuma is back from Russia, with love for its leader. Again.

The South African president, who attended a massive World War II victory parade in Moscow, stayed on for talks Sunday with his counterpart Vladimir Putin. It was their fourth official meeting in just 10 months.

One South African newspaper has described the Zuma-Putin relationship as a “bromance,” noting that they also hold regular phone discussions.

The pair apparently have much to discuss. But what, exactly?

Many in South Africa have been wondering this since Zuma paid a mysterious visit to Moscow in August. While ostensibly a trade visit, Zuma brought along his minister of state security, not the trade minister, and his six-day trip included time to “rest.”

Three weeks later, South Africa signed a highly controversial nuclear power agreement with a Russian state firm. South Africa denied that it had officially agreed to buy Russian nuclear technology, which could cost up to $100 billion, but South African media have reported that it’s a done deal. Critics say the deal could bankrupt the country.

Zuma and Putin often meet on the sidelines of events for the BRICS group of emerging economies, which also includes Brazil, India and China, and has become a strong geopolitical bloc with an unofficial policy of counterbalancing Western power.

Neither South Africa nor the other BRICS countries have criticized Russia for its invasion and occupation of Crimea, for example, nor have they backed Western sanctions on Russia. 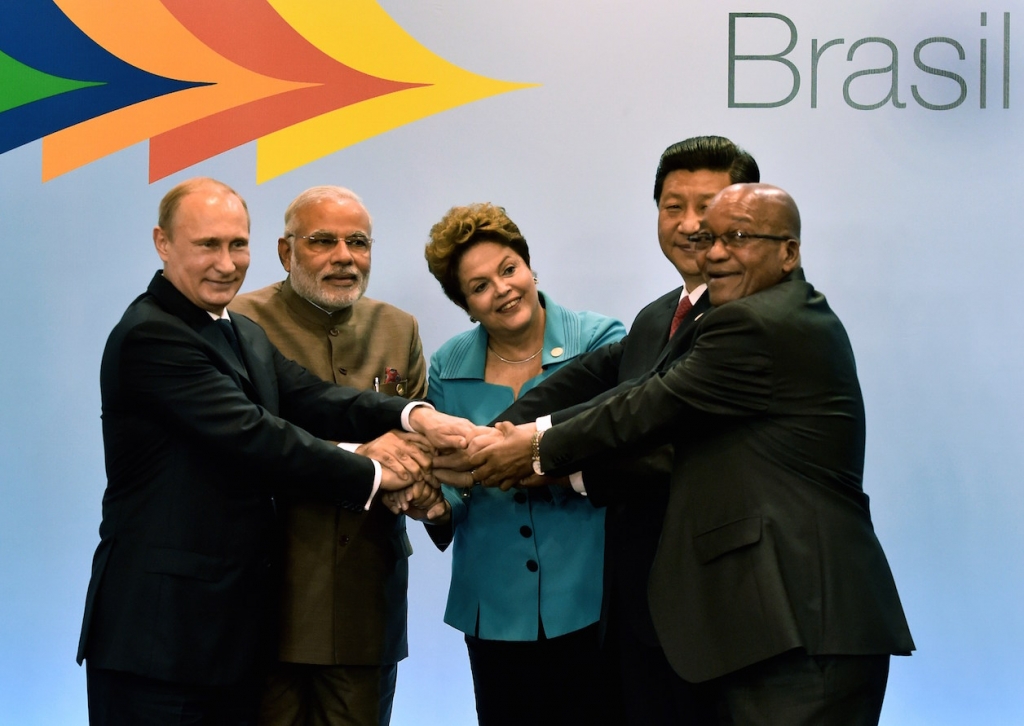 Goooooo, BRICS! Leaders of Russia, India, Brazil, China and South Africa get cozy for a photo in 2014.

During the apartheid years, when much of the West froze out South Africa with sanctions, Moscow provided asylum and military training to members of the African National Congress. Now, with South Africa a democracy and the ANC in government, the country’s spies receive specialized training in authoritarian Russia.

Before leaving Moscow this time, Zuma gave an interview to Russian state media in which he sharply criticized Western countries in Africa, stating that “their intention has never been to make the former colonial countries develop.”

“They still regard us as the Third World, as a kind of people, who must be related to as the former subject,” he is quoted as saying.

In contrast, Zuma praised China for doing business in a way that will leave African countries “empowered.”