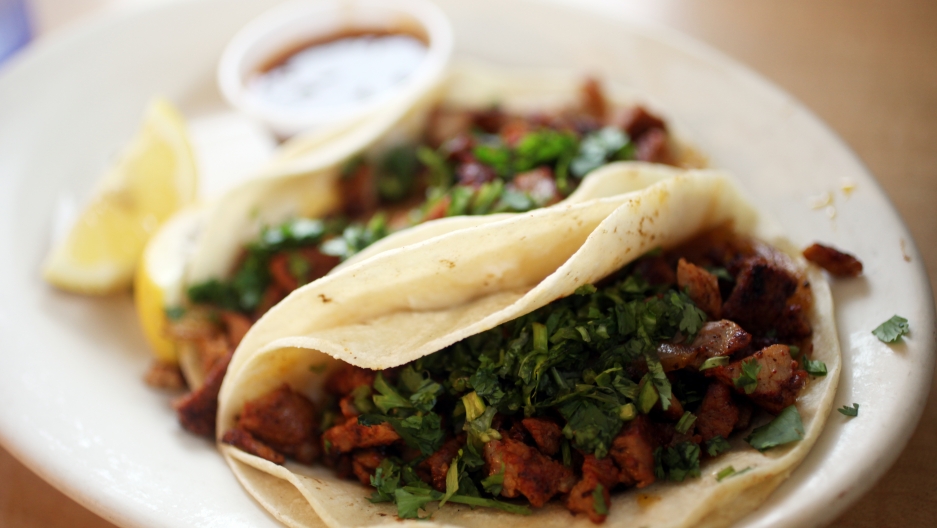 At the Supermercado Mexico in Portland, Oregon, you’ll find a turning spit of pork, basted with chili and onions, dripping fat and flavor. Shave some off into a tortilla and you’ve got a taco al pastor, the classic Mexican street food.

It’s a similar scene halfway across the world in Jerusalem. At the hole-in-the-wall Al Waary restaurant, there’s a vertical rotisserie of beef spinning next to the flames, flavored by tangy vinegar. Shave some off into a pita, and you’ve got shawarma — the quintessential Middle Eastern street meat.

If you're thinking these beloved dishes might be linked, you're right. So we hit the street food trail to find out, starting in Jerusalem.

“Shawarma is very, very interesting,” says Ali Qleibo, a Palestinian anthropologist, sitting at the Al Waary shawarma joint. The origin of the word shawarma comes from the Turkish word çevirme, which means "turning." 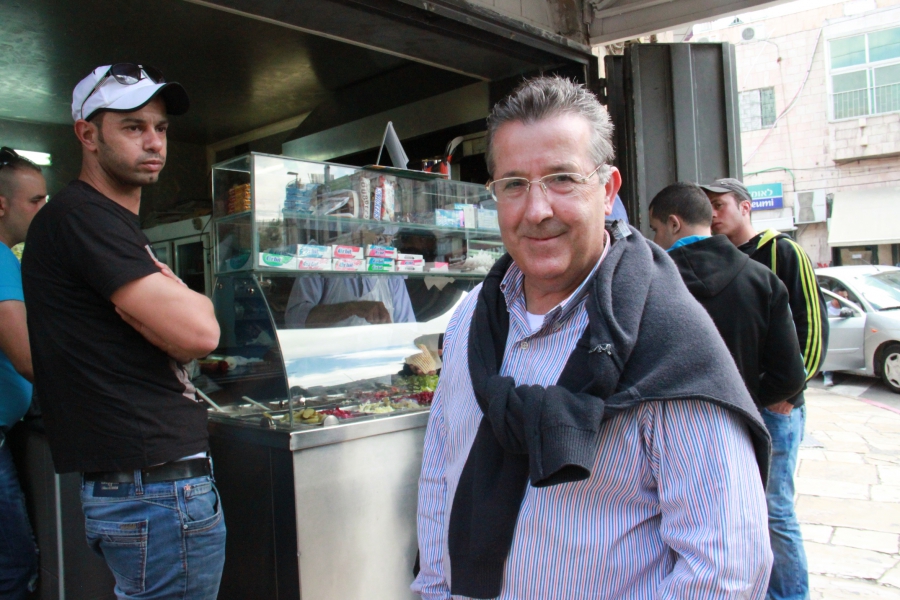 You can find some version of shawarma everywhere in the Middle East where the Ottoman Empire once reigned.

Of course, the people of the Ottoman Empire didn’t all stay there. About 36,000 people under Ottoman rule left for Mexico between the late 19th and early 20th century.

“People came from as far as Egypt. I found some people [who] came from Iraq,” says Theresa Alfaro-Velcamp, a history professor at Sonoma State University who has tracked the migration of Middle Easterners to Mexico. “The majority came from the Levant, as it was called during that time, which is now modern-day Lebanon and Syria.”

The migrants left for the usual reasons: looking for economic opportunity, dodging army conscription and escaping sectarian violence. And when they arrived, they brought their food with them. “By the 1930s, there were restaurants that served shawarma,” says Jeffrey Pilcher, a historian and author of the book "Planet Taco." 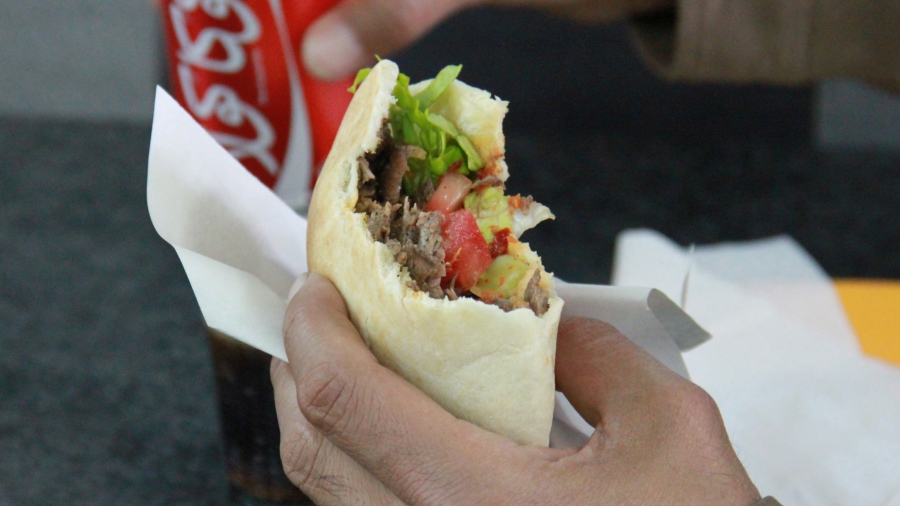 A shawarma sandwich in Jerusalem. Swap in pork for lamb, and a tortilla for a pita, and you've got the Mexican classic, Taco al Pastor.

Then the cuisine morphed: “During the 1960s, the Mexican-born children of these Lebanese migrants ... start opening up their own restaurants, and they start to create a kind of a hybrid cuisine," Pilcher says.

“They take the technology that they grew up with in these Lebanese restaurants, the vertical rotisserie — but instead of using lamb, they use pork,” Pilcher says. “They marinate it in a red chili sauce, which gives it that distinctive color, and they cook these up and serve them and call them tacos al pastor.”

China has left its imprint on Mexican food, too.
Avocado fried rice, anyone?

Even the term "al pastor," which means "in the style of the shepherd," is a nod to the original Middle Eastern lamb version of the dish.

When Mexico’s economy boomed after World War II, tacos al pastor moved from small towns to bigger cities and eventually into the US.

The fact that this classic dish was a relatively recent import from the Middle East doesn’t necessarily make it any less Mexican, adds Pilcher, the taco historian. “Authenticity isn’t always something that dates back to the ancient Aztecs and Mayas,” he says. “That meaning of Mexico is continually being recreated in every generation.”

But whether it’s lamb or pork, tortilla or pita, Jerusalem or Portland, the essentials have remained the same: Fat and fire, a handful of spices, a quick meal —  and a taste of tradition.