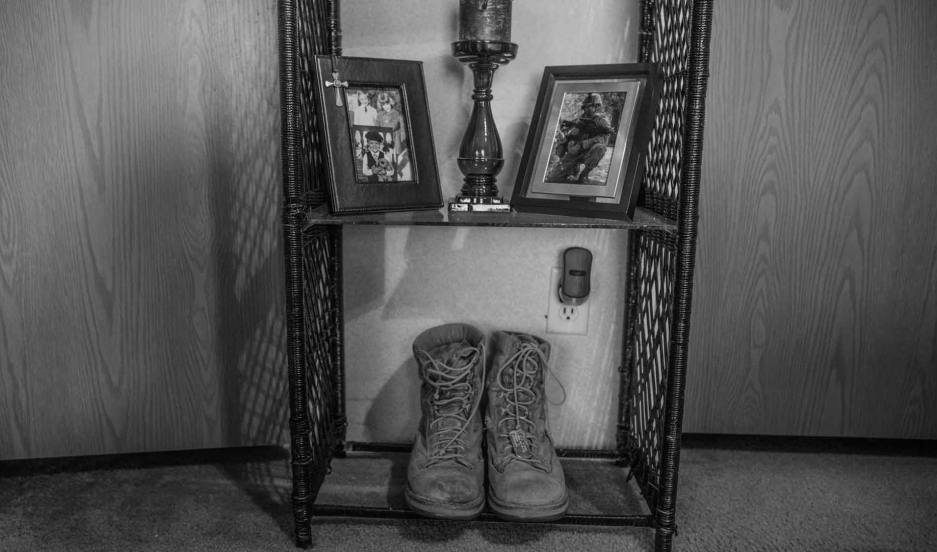 Brandon Ladner. Pelham, Alabama. Ladner's Marine Corps boots sit on a small shelf in his bedroom. Ladner was a US Marine Corps veteran who fought in Afghanistan's Helmand Province. He shot himself inside his living room. The bullet remains lodged in the ceiling of the home where his mother Renee now lives.

After decades of war reporting, photojournalist David Guttenfelder came home and realized that he had only covered one side of the story.

“I spent pretty much my entire adult life living outside of the United States and I was a combat photographer," Guttenfelder says. "I spent the entire Afghanistan war working in Afghanistan, working in Iraq, working with servicemen and women.”

But he wondered what was happening when those men and women came back to an entirely different life at home. After years of life on the battlefield, how were they adjusting to their lives after war?

“I discovered this shocking statistic: 22 American veterans [were] killing themselves every day in the United States,” Guttenfelder says. It’s important to note that exact statistic has been debated. But no one disputes that veteran suicide rates are rising far too quickly.

Guttenfelder teamed up with Mission 22, an advocacy campaign to raise awareness about the high rate of suicide among veterans. Their slogan is stark: "The American Military's Deadliest Battleground Isn't Some Remote Stretch of Desert Across the Globe. It's Here at Home."

Guttenfelder visited with five families who had lost a loved one to suicide.

“I went to these homes to meet the families and to photograph the spaces where these suicides happened, and to try to give meaning to this different kind of battlefield," he says "But most of the time when I was there I wasn’t taking pictures. I was sitting on their couches and talking about their sons and trying to help them understand.”

Here are some of the photos Guttenfelder took at the homes of these veterans. 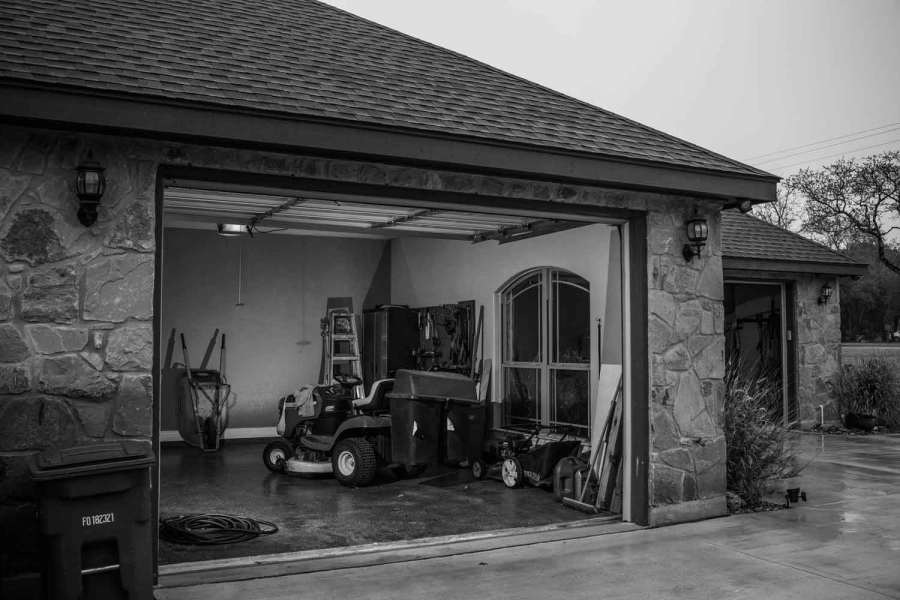 Clay Ward's garage. Ward was deployed to Iraq. His wife Sabine Ward stood by his side as he struggled to adjust to civilian life. He was diagnosed with PTSD and haunted by what he'd been through while at war. When it grew overwhelming, he took his gun, waded into the pool behind their house, and pulled the trigger. A year later, his wife Sabine tried to finish a bottle of pills he had left behind. 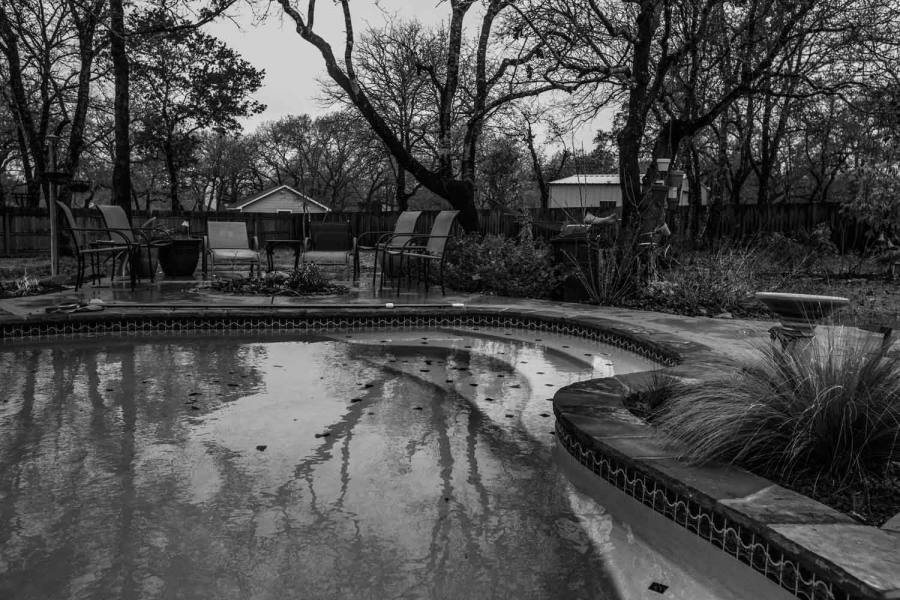 The pool where Veteran Clay Ward took his life. 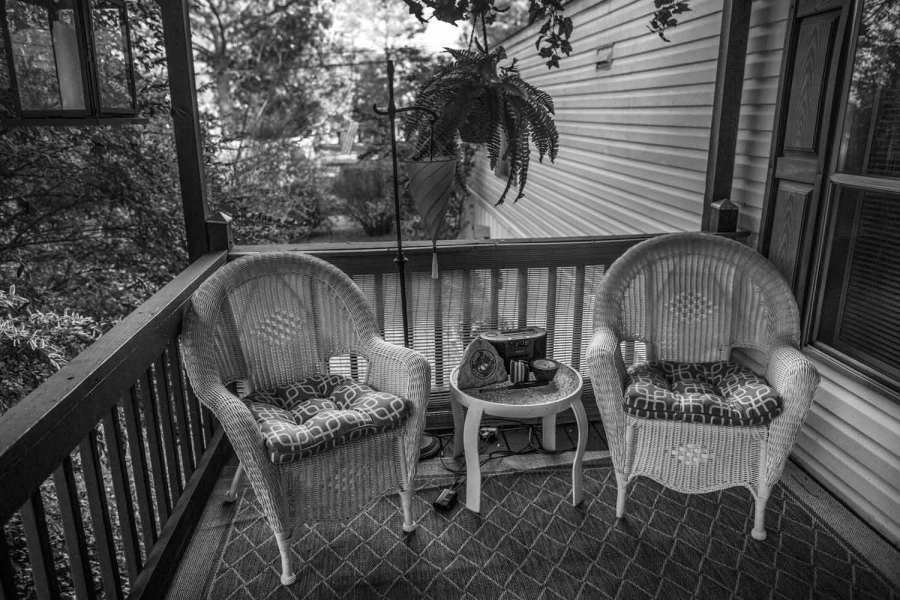 Brandon Ladner. Pelham, Alabama. Here is the front porch of Ladner's home. Ladner was a US Marine Corps Veteran who fought in Afghanistan's Helmand Province. Brandon, suffering from PTSD shot himself inside his living room. The bullet remains lodged in the ceiling of the home where his mother Renee now lives. 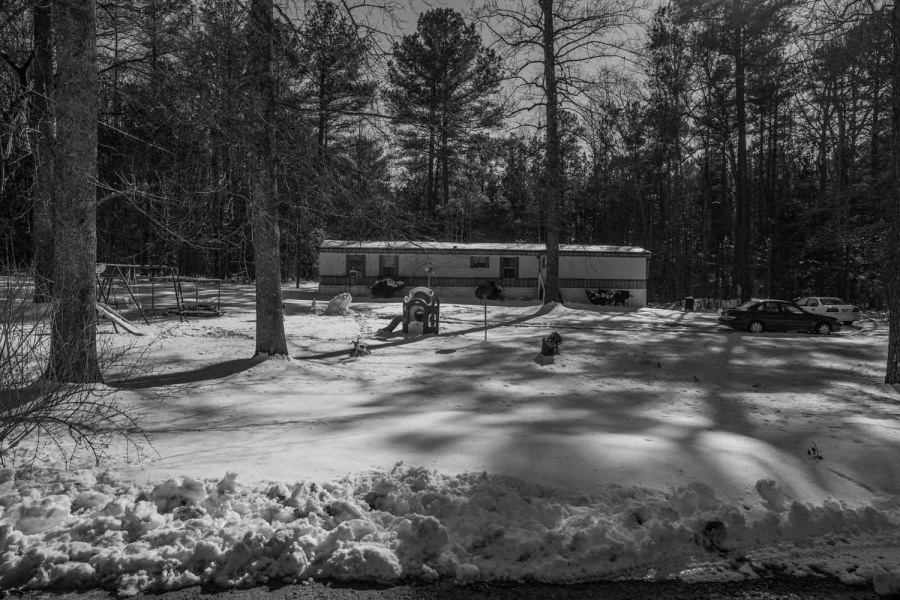 Ryan Clapper ended his life in the small trailer he shared with his sister in Kenbridge, Virginia. Clapper was in the Army and was a Purple Heart recipient. He was active duty for eight years, completed two overseas tours in Iraq, Afghanistan and was an MP. He attempted to reenlist multiple times and was denied due to his health problems. He worked security at a local prison. 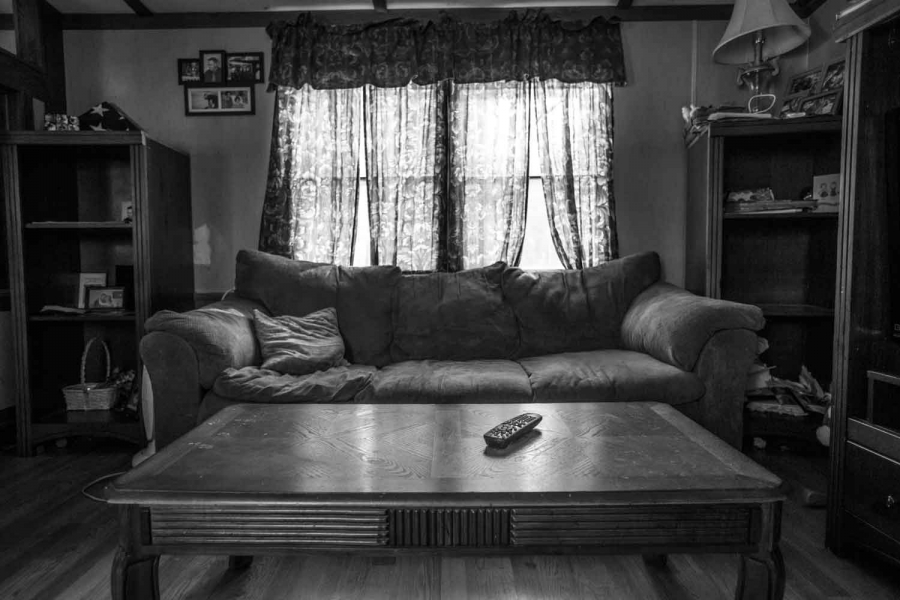 Ryan Clapper's trailer he shared with his sister in Kenbridge, Virginia. 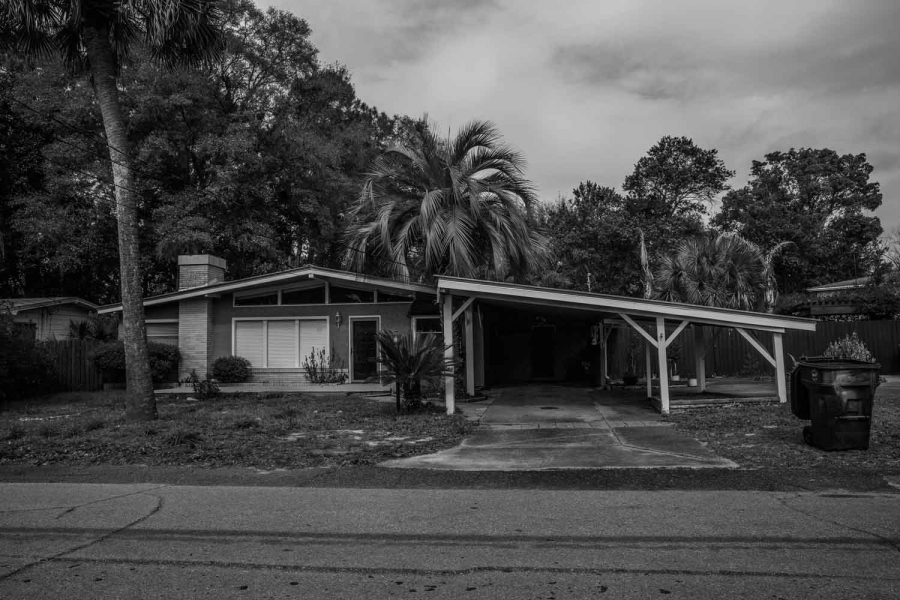 William Busbee. Panama City, Florida. Busbee enlisted after high school. He was Army Special Forces deployed to Afghanistan’s Pech Valley. His convoy was attacked on a road winding through Afghanistan. The brain injuries he sustained led to his honorable discharge. He went back to America struggling with PTSD and TBI. On March 20, 2012, William texted his mother, Libby, and told her he loved her. Fearing this was a goodbye, Libby and William's two young sisters sped home. They found him sitting in his brand new Dodge Charger in the carport. He had a gun and was surrounded by police. Libby stood with her daughters, powerless, and pleaded with the officers to let her approach her son. Then William pulled the trigger. 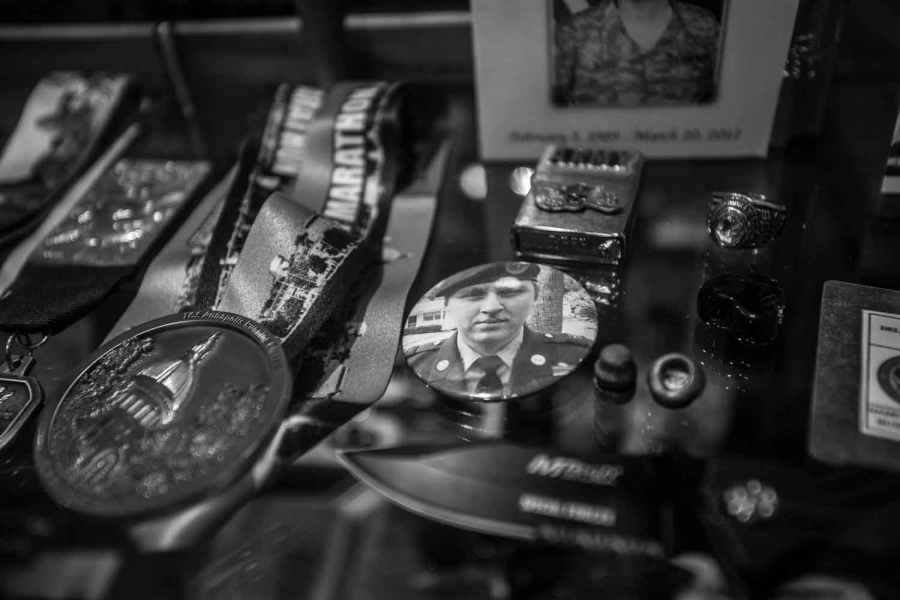 Libby Busbee created a display case of her son's belongings including this button showing him in uniform.