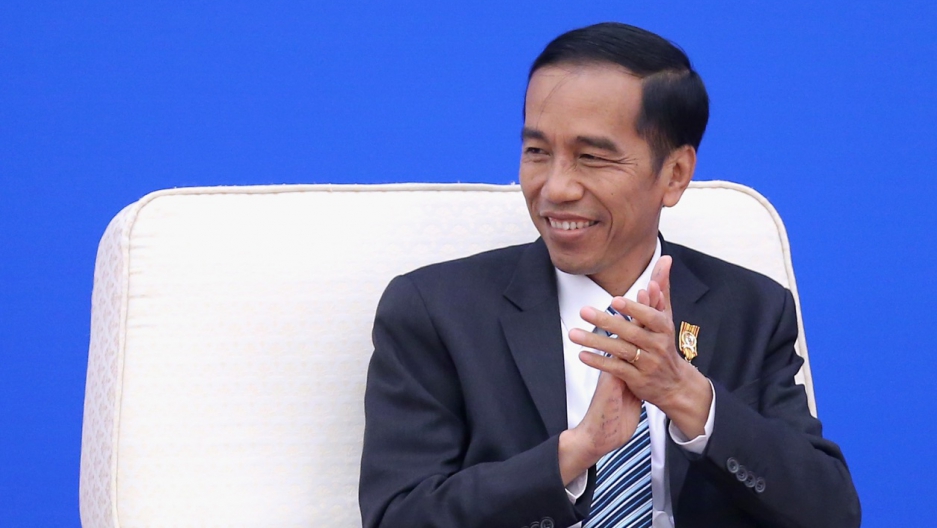 JAKARTA, Indonesia — This time last year, pretty much every foreign correspondent in Indonesia had written or was about to write an article about Joko “Jokowi” Widodo.

Stories under headlines describing “Jokomania” all mentioned he was a “heavy-metal fan” and “Indonesia’s Obama.” This time last year, Jokowi was the coolest politician ever.

He was young, he didn’t wear a suit, he talked like a regular person, led a simple life, cycled to work and would often surprise inhabitants of poor neighborhoods with impromptu visits. He was a man of the people — honest, not particularly rich — and he was going to battle rampant corruption.

Basically, Jokowi was the exact opposite of Indonesia’s typical politician, and that’s why everyone loved him. It’s why the West loved him too. But now, to many, everyone's favorite heavy metal-loving world leader has turned out to be a massive disappointment.

We were wrong about you, Jokowi. A dark day. A barbaric system. #Bali9 #boycottbali

Last Wednesday, under an international spotlight, Indonesia executed eight people convicted of smuggling drugs — two Australians, one Brazilian, four Nigerians and one Indonesian. Jokowi didn’t flinch, even under such massive pressure. No clemency for drug convicts, he’s repeated time and again. The president argues that Indonesia is in a “state of emergency” and needs “shock therapy” to win the “war against drugs.” On the eve of the executions, when asked again about international pleas for clemency, Jokowi lost his temper.

“Instead of talking about those who are going to be executed, the media should talk about the 50 young Indonesians who die every day because of drugs,” he told journalists in Jakarta, quoting disputed figures from the national anti-drug agency.

The following day, Indonesia received worldwide condemnation. Australia recalled its ambassador and thousands called for a boycott of the country, and particularly Bali, a favorite holiday destination among Australian tourists. A Facebook page called “Boycott Bali for the boys” has received 15,000 likes. Some people even made a T-shirt to express their anger. It reads, “F#*K BALI — in memory 29.04.15.”

Jokowi’s portrait was taken down at Australia’s National Portrait Gallery, for fear it would be vandalized. The portrait was part of a cover shoot for Time from October last year, when he was sworn in. It read “A new hope, Indonesia is a force for democracy,” and summed up the optimism of Indonesian human rights defenders, anti-corruption activists, and the West.

You know, in light of the planned execution for tomorrow, this cover becomes both disturbing and ironic. pic.twitter.com/E8yLfTAtTH

Many were taken by surprise by Jokowi’s sudden intransigent stand against drugs and the death penalty. After all, the subject never came up during his presidential campaign.

“I don’t think anybody knows why he suddenly decided this was an issue,” says Sidney Jones, the director of the Institute for Policy Analysis of Conflict in Jakarta, Indonesia’s capital.

Yohanes Sulaiman, a lecturer in international relations at the Indonesian Defense University, agreed.

“No one talked about it during the presidential campaign, because no one cared, it wasn’t an issue.”

But Sulaiman is convinced Jokowi has no doubt “he’s doing the right thing.” By following through with the executions of people who were sentenced to death, “he thinks he’s merely implementing the law,” he argued. Sulaiman believes Jokowi was taken by surprise by the international outrage.

At home his reputation isn’t faring much better. Little has been achieved since he came to power, and his ineffectual cabinet appointments are coming under increasing scrutiny. Many observers are suggesting that the appointments have been made to return favors.

“His image has declined as he’s seen as not particularly competent, subject to competing interests in his own cabinet, not strong, not well informed and not someone who takes time to understand issues,” Jones said.

Many of the Indonesians who joyfully voted for Jokowi last year had hoped he would spend his time addressing some of the country’s most serious problems, like police corruption and impunity.

But an ongoing, back-and-forth series of accusations and counter-accusations between the police and the country’s anti-corruption agency — which started with the commission’s investigation of Jokowi’s nomination for police chief — have “drastically affected his image as a corruption fighter,” Jones said.

In an editorial published on Thursday, the Jakarta Globe described the executions as an “unprecedented international fiasco” and urged the government to “launch a deliberate campaign of damage control.”

But it doesn’t seem to be Jokowi’s priority. The authorities have played down the international outcry, and are already preparing the next round of executions. To the president, the issue has become a matter of national sovereignty. Following the executions, he said it again.

“He wants to show there is a new sheriff in town,” Sulaiman said.

Jokowi has often been accused by his opposition of merely being a “puppet” in the hands of his party’s high officials, and has left many in Indonesia disappointed during his first months in power.

His stance on drug executions, Sulaiman argues, “was perhaps an easy way to show he’s doing something.” And if that means disappointing the West, so be it. Jokowi knows this won’t affect his reputation in his own country. As a recent survey showed, about 85 percent of Indonesians support the death penalty for drug convicts.

Up until Thursday, the hashtag #BoycottBali, which started as an Australian protest at the executions, was trending here, appropriated by Indonesians giving their own robust response.

#BoycottIndonesia #boycotbali You guys wouldnt be missed. And thank u for reducing the number of drunk foregners in bali. #BoycottAustralia