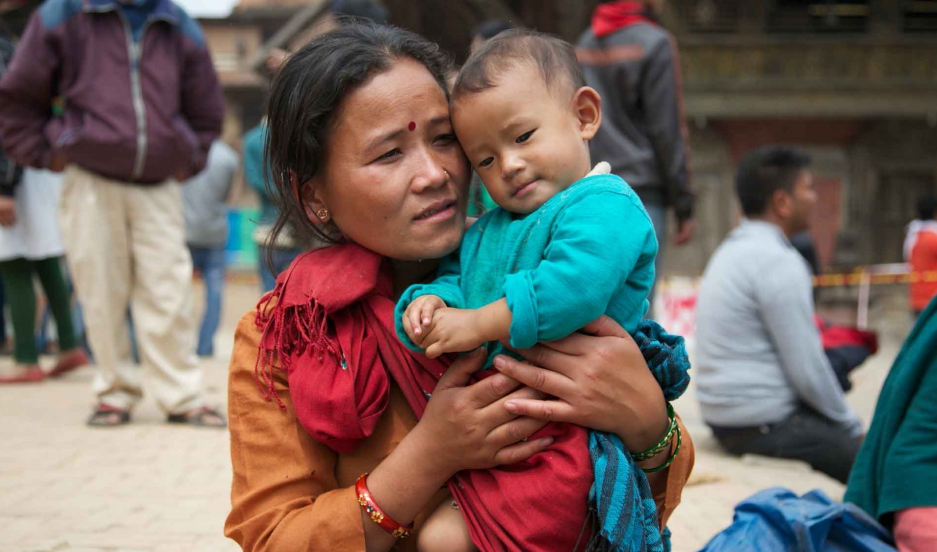 A mother with her son by Patan Durbar Square, a UNESCO World Heritage site, one day after the earthquake destroyed several temples.

Images coming out of Nepal have been heartbreaking. Photojournalist Patrick Adams is in Nepal and taking photos of people trying to put their lives back together.

The images show a community that is hurting. There are lots of broken bones and babies trying to breathe inside home-made respirators. Or, there's one image of a mother trying unsuccessfully to revive her child.

They are all victims of injuries sustained during the earthquake in Nepal on Saturday. The latest figures indicate more than 5,000 people are known to have died, with more than twice as many wounded and 100 times as many out of their homes. 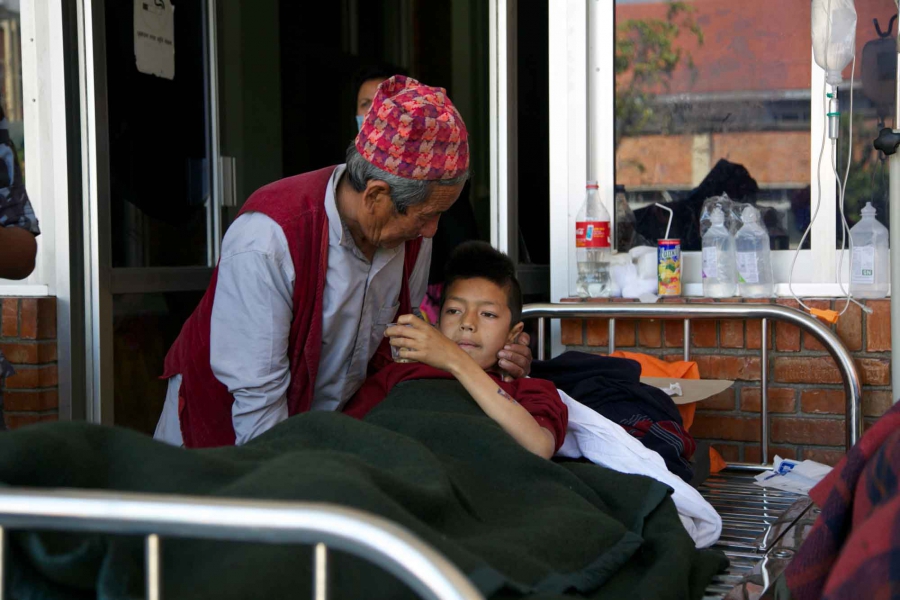 A father comforts his son as he gets a shot at Tribhuvan University Teaching Hospital.

Much of the promised international aid still hasn't arrived in some of the worst-hit areas, near the quake's epicenter. Nepal's government says it has been overwhelmed by the destruction.

Adams' photos capture many scenes of Nepalese unsure of what to do, but carrying on and gathered together in open areas — away from buildings that might still collapse in one of the many aftershocks. 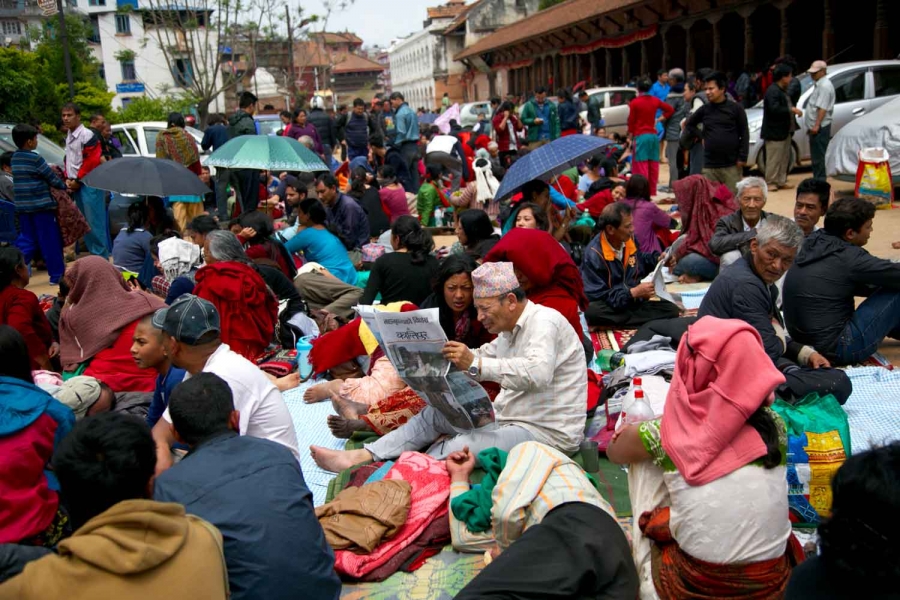 Nepalese waiting in open areas away from buildings, at Patan Durbar square, the day after the earthquake

Adams says some normalcy is returning to the capital, Kathmandu, but injured people are still being brought in from rural areas.

“I met one woman, named Himali, who’s 23,” says Adams. “She was a bus driver — is a bus driver — in Jumla district, which is quite far away. She had both of her arms and legs broken by a wall that had fallen on the bus. And she then took a bus, I think six hours, to get to Kathmandu, with these broken limbs. I think they were splinted at the time. But these people are tough. It’s just amazing when you talk to them how resilient they are, and with what grace they’ve endured this.”

Nepal's people are also dealing the loss of much of their heritage, as well. Many magnificent temples have been severely damaged or destroyed. In addition to the architectural and spiritual loss, the damage might spell the end of many jobs that depend on the tourist trade.