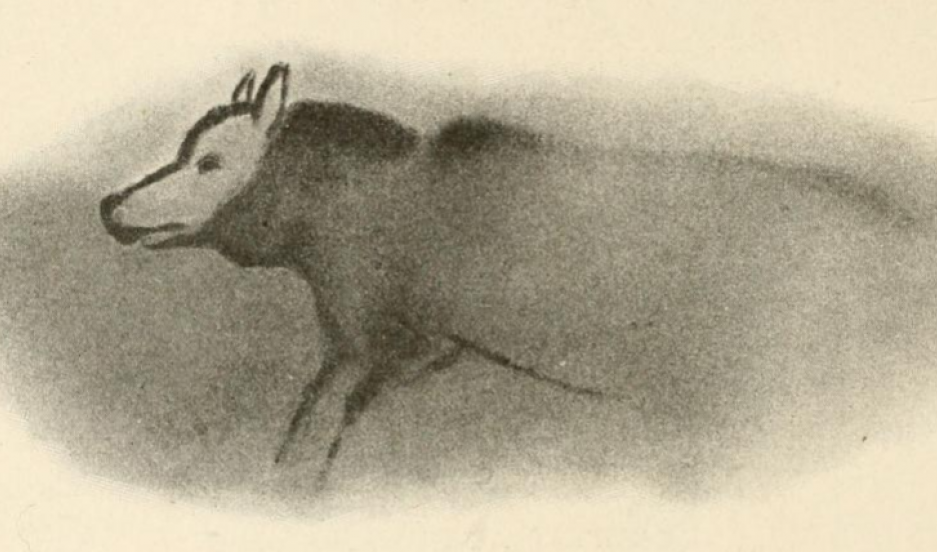 An image of a 17,000-year-old cave painting of a wolf-like dog in Font-de-Gaume, France.

Why did Neanderthals, our ancestral cousins, disappear from the Earth? There are already plenty of theories, from climate change to lack of intelligence. Now you can add dogs to the list.

Pat Shipman, a retired professor of anthropology at Penn State, used new anthropological findings to argue in her new book, “The Invaders,” that the partnership between modern humans and their domesticated wolf-dogs hastened the extinction of Neanderthals.

Modern humans were physically smaller and weaker than Neanderthals, but were still able to push their larger cousins out of the way. Shipman says they did this through cooperative hunting with the wolf-dogs, otherwise knows as canids, in which they shared the tasks of finding prey, chasing it down and killing it.

Cooperation benefitted both partners with more efficient hunting and less risk, she says, which gave humans the edge to outcompete the Neanderthals as the apex predator on land.

As an example of competition between apex predators, Shipman studied the reintroduction of gray wolves to Yellowstone National Park in 1995 and 1996. There had not been gray wolves in the area since the early 1900s, and coyotes had taken the spot of top predator.

“When [wolves] came back in to rebalance and restore the original ecosystems, some very fascinating things happened,” Shipman says. For one, the coyotes got “absolutely hammered.”

As the gray wolves acclimated to their new territory, the coyote population in the park dropped by 50 percent. Shipman explains that a new apex predator strains the ecosystem, and the incumbent predator that's most similar to the new arrival is the one that feels the competition most keenly.

This is what Shipman believes happened between humans and Neanderthals, until eventually the Neanderthals no longer existed.

It’s widely believed that Neanderthals had already inhabited Eurasia for a couple hundred thousand years when modern humans arrived about 42,000 years ago, and that humans and Neanderthals coexisted until about 20,000 to 25,000 years ago.

But now carbon dating techniques suggest that Neanderthals started to go extinct as little as 2,000 years after modern humans showed up in Europe, Shipman says. That’s far earlier and faster than previously believed.

The fossils of more than 40 individual wolf-dogs — which can be distinguished from wolves thanks to new research methods — have been identified from various sites of modern human existence in Central and Eastern Europe. None turn up where Neanderthals existed, Shipman says.

All of this points to one conclusion, Shipman says: “We have been the most successful invasive species as far as I can think of."