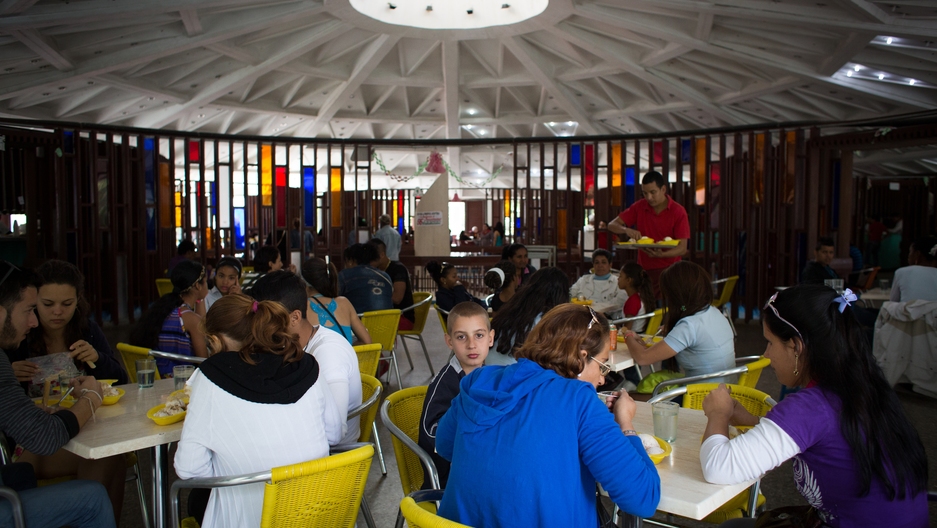 Customers don’t mind the long lines at Cuba's famed Coppelia ice cream store, according to writer and filmmaker Jason Motlagh. The line is part of the experience.

"It's two square blocks, has five entrances, and looks like a white concrete space ship smashed into a leafy park," says photographer and filmmaker Jason Motlagh describes. "It's situated right at this busy intersection and it's a natural honey pot for people."

Motlagh was recently in Havana and wrote about the iconic store for the latest issue of Virginia Quarterly Review. The first thing he noticed when he got to Coppelia was the long lines, he says. For Cubans, though, the line is part of the experience.

"Cubans are used to waiting. It's something they've been doing since they were kids," he explains. "It's about going there, seeing friends [and] meeting new people."

"[They said] quality has suffered and that there used to be upwards of 50 flavors ... and now you're lucky if you get three or four flavors," he says.

Customers also suspect that the store is using powdered milk to make its ice-cream. That's because of the economic restrictions and embargo that Cuba has endured over the years.

Motlagh says he didn't get a response from the staff when he pressed them on that issue. 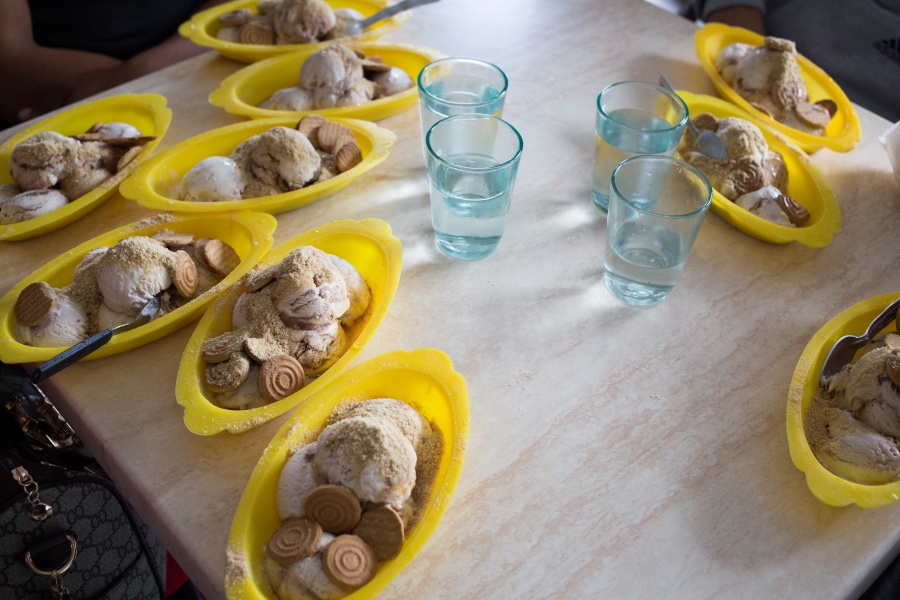 But regardless of the quality of its ice cream today, Coppelia has a long history in Cuba. Cuban leader Fidel Castro fell in love with ice cream after tasting it on a trip to the US. After he returned, he ordered his ambassador to Canada to ship him 28 containers of ice cream from Howard Johnson's, "which was like the Baskin Robins of the time."

"Then he was like, 'You know what? We can do this. We can do it better,'" says Motlagh. And that's when the idea for a Cuban ice cream shop was born. 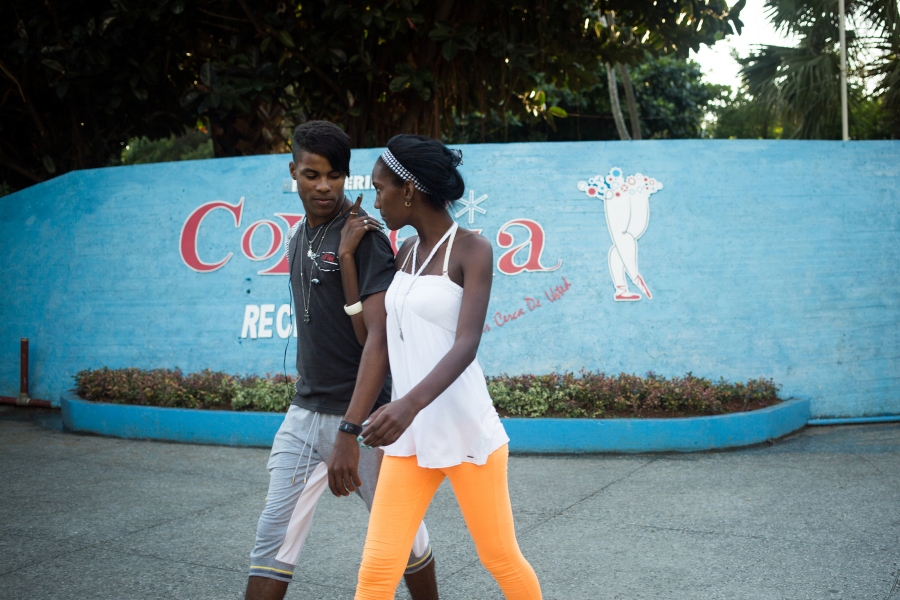 “Coppelia is more than an ice cream shop. Whatever generation you’re part of, Coppelia means something [to you],” says writer Jason Motlagh.

The improvement in US-Cuban relations, however, could put Coppelia at risk of losing business.

Already, Motlagh says, Nestle has made inroads on the island, to the chagrin of older Cubans. But he doesn't see any major takeover by American or other foreign corporations just yet.

"There's still a lot of issues that need to be resolved before investors feel really comfortable and pour in a lot of money into the country," he says.

For now, though, if you're in Havana and in the mood for ice cream, you'll have to brave that long line.