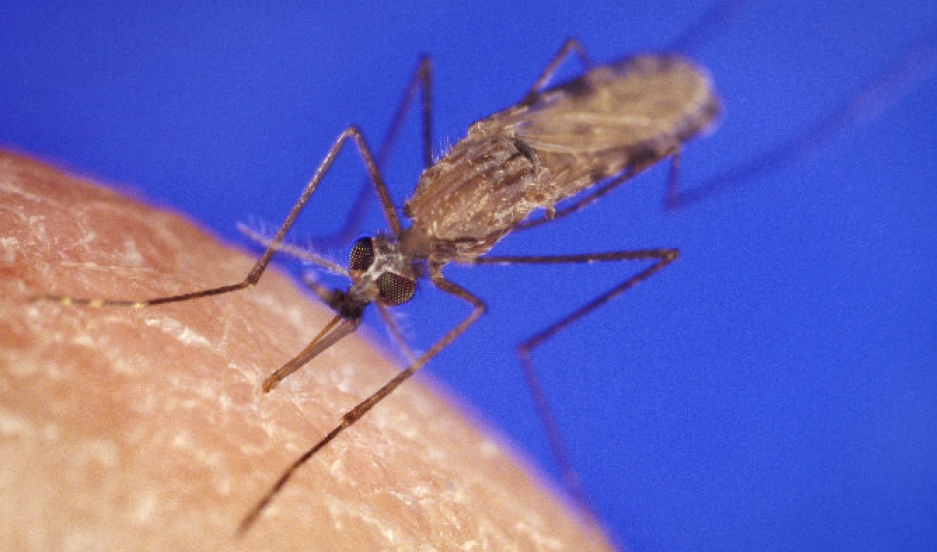 Mosquitoes are drawn to humans by various factors, including carbon dioxide, heat and smell.

More than half a million people die of malaria every year, most of them children under the age of five in Africa. And in the areas where it is most endemic, it remains relatively expensive to diagnose. But a group of scientists in Missouri are working on a groundbreaking method to test for the disease that, if successful, could save time, money, and most importantly, lives.

What is it? A malaria-styled breathalyzer.

“If you could diagnose [children with malaria] earlier, and get them treatment earlier, the studies are pretty clear that early treatment reduces mortality dramatically,” says Audrey Odom, Assistant professor of pediatrics and molecular microbiology at Washington University in St. Louis.

There is still work to be done, but the results Odom and her team at Washington University have come up with so far are promising. Their research, recently published in the journal mBio, indicates that the malaria parasite produces a class of compounds which might attract mosquitos. Meaning that: if mosquitoes can smell the malaria-born compounds then they should also be detectable through a noninvasive test similar to a breathalyzer, without the need for a microscope or blood sample.

“The compounds that we found have been described in the literature as mosquito attractants at low levels,” she explains. “At high levels, they're mosquito repellants, so we think it's a lot like perfume for people. Sometimes a little bit smells nice and a lot is repellant.”

Part of what prompted their study was previous research indicating that mosquitoes are more likely to bite people who already have malaria. This would be advantageous for the parasite because it can’t travel from human to human by itself. Rather, malaria spreads when a mosquito bites someone who already has the parasite, becomes infected, and then bites someone else.

“There were studies in children and in mice and also in birds showing that mosquitoes would choose to bite an individual that was malaria-infected rather than one that was not, and so that really suggested that there's something about when malaria is infecting people that can get out of the body,”  Odom says. “So, we went looking to see if we could find them.”

What they found is that the parasite contains chloroplast-like organelles, which don't respond to light, but do manufacture a class of compound called terpenes. Two examples of terpenes are pinene, which is what gives pine trees their distinctive scent, and limonene, responsible for the characteristic smell of lemons. While the amount of compound the researchers found was not significant enough for humans to smell, they might be detectable by mosquitoes.

The much-hated insects are drawn to their targets by a variety of factors, including carbon dioxide, body warmth, and smell. Mosquitos will be drawn to stinky feet and even Limburger cheese, Odom says.

The discovery of this kind of malaria generated “mosquito perfume” is, for now, based on lab work. Those results need to be duplicated in the field to be confirmed. So Odom and her team are planning field trials in Malawi to capture the breath and sweat from children with and without malaria to see if the compounds can be detected in human infections.

At this point, doctors can test for malaria using a blood test or a Malaria Rapid Diagnosis Test. The blood test requires a blood sample, a microscope, and a trained person to prepare and read the slide. The rapid diagnosis test is cheap by U.S. standards (about a dollar), but can be expensive when used at a large scale in countries in Sub-Saharan Africa, where malaria is most prevalent. 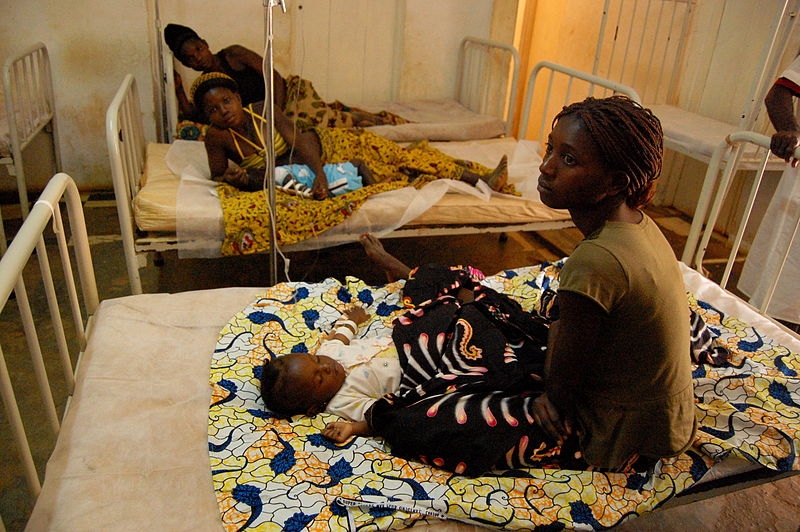 Women wait by their sick babies while they receive treatment for malaria in municipal hospital of M'banza-Kongo, the capital of Angola's northwestern Zaire Province, in 2006.

Where the disease is most common, doctors will treat any child with a fever for malaria, rather than trying to test for it. This approach tends to be more effective when lots of children have the disease anyway, but as the infection rates go down, it becomes more problematic. Overuse of anti-malaria medication, or “malarials,”  is helping to produce versions of the disease that are resistant to the more common and less expensive drugs.

“We’re making and giving away a lot of anti-malaria medication for children who don’t need it, which is not good for resistance and is also really expensive,” Odom says. “So to kind of save the dollars for children who are really sick, a very cheap, easy testing method could be very important, especially in areas where there is less and less malaria. You could really get into a malaria elimination situation.”

The idea of using breath or smell to test for diseases has wide implications. Odom says other research has pointed to a compound in the breath of people with fungal pneumonia, which doctors might also be able to detect with a breathalyzer-like test. Finally, Odom cites another reason why such testing could be preferred by children and adults alike — they don’t involve any needles.

This story is based in part on an interview from PRI's Science Friday with Ira Flatow. Odom asked followup questions for this digital post.